Empowerment of School Committees and parents in Tanzania

- Public administration is about everything we are doing in national development, says ph.d. candidate Orest Masue. His project is about empowerment of school committees and parents in Tanzania. - It seems that the assumption “the more opportunity, the more empowerment” does not work here.

Can you tell us a bit about your project?
My project is a continuation of my Master’s degree thesis on empowerment and effectiveness of school committees in Tanzania. The master thesis captured a small number of informants. The units of analysis were only two schools; one chosen from a rural district and another from a rural municipality. After finishing my degree, I was interested to dig deeper and also expand the study by increasing the number of units of analysis and observations. The project I’m about to conclude now is something I mentioned at the end of my master thesis. I have a larger sample size and have used a variety of methods. Imagine, I have moved from the 2 cases of 2010 to 101 now with 310 individual responses; these are backed up with 17 in-depth interviews and 2 focus group discussions and a wide range of documentary information. Of course, don’t forget that you have much more time when you’re working on a PhD-project than on a master thesis. For this project, I did field work for one full year.

How are schools managed in Tanzania?
In Tanzania, management of the schools is done by school committees for the primary schools, and by school boards for the secondary schools. The two organs are legally established, - by the Education Act of 1978 as amended from time to time. School committees are meant for managing the school’s administrative issues and facilitate efficiency of the primary schools. They can, for example, assist in practical matters such as finding accommodation for teachers. Mostly, they mobilize to repair and build classrooms. The head teacher is the secretary for the committee, and the committee members elect a chairperson. The school committee comprises of parents and one representative from the teachers. Members of village council member can be represented in the committee as well. There are different ways to be elected into the committee. The law says that the elections must be democratic, but what that means is of course somewhat open to interpretation. The elections are usually not done by secret ballot, rather, through consensus. A school committee can have 9 to 11 members, of which 7 are elected members (5 from parents and 2 from teaching staff). The remaining 2 to 4 are ex-officio or co-opted members. There is no requirement that authorities should formally approve the members.

What is “empowerment” of school committees and parents?
Empowerment is the capacity to make decisions. I have divided the concept into three levels. The lowest level is the existence of opportunity. The second level is the individual – do they make use of these opportunities? The third and highest level is the impact of using the opportunity (i.e. actual participation on the decision.)

In this project, I also sought to find out some factors to explain the variations in empowerment of school committee members and parents.  I examined people’ access to information to ascertain how much the committee members and parents were informed on the ‘what’, ‘how’ and ‘why’ of participating in school decision making. The question on how much they were informed about things of strategic such as the curriculum and the national education policy and operational issues such as procurement, construction and repair, school expenditure and roles. I also asked on what they know about school’s budget and economy, academic performance of the school and of their own children. I also asked the respondents questions about their self-confidence and of course, about general things such as education level and their background.

Why were you interested in writing a dissertation on this subject?
My interest comes from the value that I put on education. I think it’s such an important field. Education enables people as individuals, and helps the society as a whole to do better in other sectors as well, such as health and industry. In my Bachelor’s degree, I wrote about education and human resources, where I identified stagnation of teachers’ career development and inadequacy of qualified teachers as the major challenges that face the primary education sector in Tanzania and based on that, I recommended that   creation mechanisms for letting teachers pursue higher education would improve the schools and the increase teachers’ work morale. I was trained as a teacher myself at the level of diploma and later went for further studies and secured a post to teach at the university level.

What are your findings so far? Will this expand the field?
I have found that people are aware of the school and the pupils’ perform for this is directly linked to their future life. I also found that information had a high impact on empowerment. Respondents who said that they were less informed also reported that they were less empowered in terms of opportunity to participate, use of the opportunity (actual participation) and influence on school decision-making. There were important finding on gender. Men were dominant in the school decision-making process, and they felt more empowered when compared to women.

There was not so much difference at the lowest level of empowerment, but then I found a very strange thing about the information. It’s not difficult to feel that there exists an opportunity. On the other hand, people don’t always make use of the opportunities although sometimes they might be aware of them. This might partly be because not everyone has the same capability to exploit the existing opportunities. It seems that the assumption “the more opportunity, the more empowerment” does not work here. I think it’s more about the willingness and whether it’s possible to exploit an opportunity within an existing institutional framework. Explanations can also be on the individual level attributes; - about people’s knowledge and skills. But it may also be because of the opportunity structure, because you can’t always do everything that you want to. The institutions can constrain people, although it seems a bit contradicting that institutions are supposed to make things better, you know. But they can also constrain people. So the reasons why people don’t make use of opportunities can be because of their agency is constrained by the institutions, both formal and informal. For example, rules, regulations and procedures can constrain people from taking action, but the same goes for culture and the socially constructed gender inequality.

There can be some impact because of my findings, but this depends on how much one can go beyond the empirical findings. I’m planning to write an article in a less technical language, so that politicians and people outside the universities can understand the findings. I think this is a problem with a lot of research – we don’t always synthesize and communicate to normal people. We researchers need to move a step further.

What are your plans after submitting the dissertation?
I’m going to continue teaching at the university where I’m employed, and of course continue doing research not only on education management but also management of other sectors as well, such as health, water and sanitation; with much more attention on increasing the influence of the people at the grassroots levels on the important decisions in all sectors.

What do you think about the whole ‘PhD experience’?
It’s been a good process. Doing a PhD is not about being a genius, as some people seem to think. It’s a large project that requires commitment, focus and consistency in arguments. You need to stick to plans and deadlines as well. It’s a very demanding and challenging process at times, but I also think it’s an interesting and inspiring undertaking. 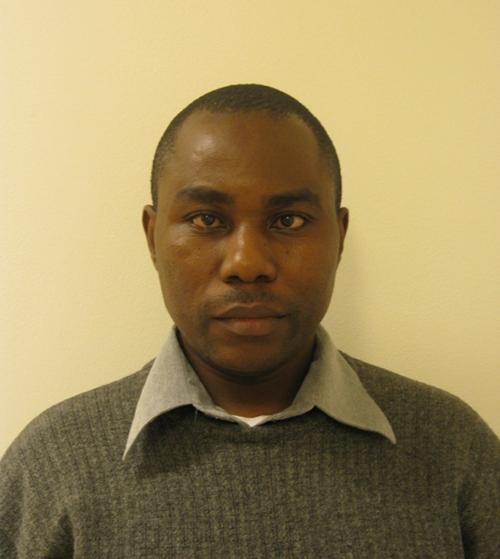