Stig Arild Pettersen is the author behind the book “Erling Lorentzen – Vilje og motstand” and the foreign political podcast series “Du verden”. At UiB, he studied Arabic and Ceomparative Politics, but what he remembers the best from his student days is the engaged hours at Studentersamfunnet in Bergen.

I think the most important thing has been to understand how to learn – to be good at acquiring new knowledge and immersing oneself in a field of study, Stig Arild Pettersen on what he learned during his studies at UiB.
Photo:
Cappelen Damm

What do you remember best from your student days at UiB?

What I remember the most, and which has meant the most to me, is actually not my studies but the time as an active member and eventually the leader of Studentersamfunnet (Bergen Student Society). Being a young student and getting involved in discussions at an after-party with some of the brightest fellow students in town, and not least to welcome wonderful guests from at home and abroad is something I will never forget.

At Studentersamfunnet, it felt like everything was possible, we made ambitious plans and achieved them, we created interest and brought people together over a lot of knowledge and countless pints of beer, and then we continued the discussions at Kvarteret (student cultural center) throughout the night. There is no question that my involvement with the organization effected my time at the study hall. Nevertheless, I do not regret a second of it.

You have studied both Arabic and Comparative Politics at UiB. What persuaded you to choose those two fields?

I was determined to move to Bergen because I had visited my brother there several times and had a good impression of the student environment. I was going to study Latin-American or Development Studies, but during my third year of high school, September 11, 2001 happened, and I remember becoming curious about what was going on in the Middle East. At the time, UiB started its bachelor’s program in Middle Eastern Studies for the first time, and I was very pleased when I was accepted.

We traveled to Syria with my class the year after I started, a wonderful country that is just incredible sad to watch on the new today. I wanted a bit more analytical knowledge on political systems and development and the choice was Comparative Politics. From there I remember Professor Frank Aarebrot’s anecdotes the best.

What has been most important for you with your education?

I think the most important thing has been to understand how to learn – to be good at acquiring new knowledge and immersing oneself in a field of study. I do not work in the Middle East anymore, but I do feel I understand a lot of what is happening there based on what I have learned about culture, history, people and language. It is important when trying to convey to others complex news, as I have done as a journalist.

Besides, I have learned to write longer texts, and that became useful when I finished my first book last fall.

Do you have some good advice for today’s students?

Engage in student culture or student sports. It is good to meet people who do not study the same as you. The second would be to collaborate with fellow students – let them read your papers and give you some criticism and do the same for them. The third is to get proper rubber boots.

You have just published a biography about the ship-owner and industrial entrepreneur Erling Lorentzen.  What part of your education have you benefited from while writing the biography?

That of conducting thorough research, being critical to sources in order to analyze complex systems and information, and as mentioned earlier, to be able to write long texts that are also comprehensible.

In addition to writing a book, you have been making the “Du verden”, a podcast about foreign politics. Why did you choose a podcast as a medium for this information?

We felt that there is insufficient debate on international conditions, and, not least, Norwegian foreign policy. In the podcast, you do not have to deal with any format other than the listener. The podcast is available at anytime and anywhere, and speaks directly to the listener. As a chairman and programmer of the podcast, I have used much of what I learned at Studentersamfunnet, and I still work a lot like a debate leader, especially concerning international issues. I think it is important that we ask ourselves what role Norway actually plays in the world, and not automatically buy what our foreign politicians say. In addition, the funny thing with a podcast is that you are your own boss and decide how to design the product.

It is January and a new year with new opportunities. What plans do you have for 2017?

I have started the year being two weeks on-board of a sailboat north of the Arctic Circle, between northern lights, whales, storms and snow showers. It is good to do something else, let the natural forces bring new inspiration. With a fresh start, I will work hard and engage into new projects when I am back in Oslo. 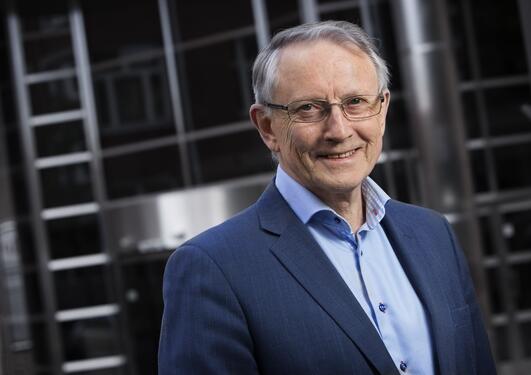 Alumni of the month: Arvid Hallén

On 1st of March Arvid Hallén resigned as managing director of the Research Council. Now he will be deputy chairman and contribute to the development of the Western Norway University of Applied Sciences. He recalls the good student environment at Social Anthropology and lectures with Fredrik Barth... 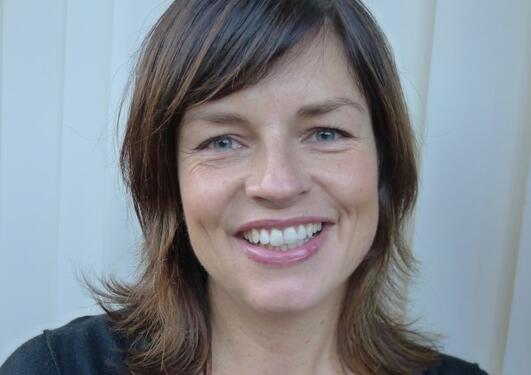 Alumni of the month: Agnethe Lund

She calls herself a debating gynecologist and was elected debater of the year in Bergens Tidene (BT) in 2016. For Agnethe Lund writing was like therapy. Her advice to other alumni is therefore to throw yourself into it rather than keeping your opinions to yourself. 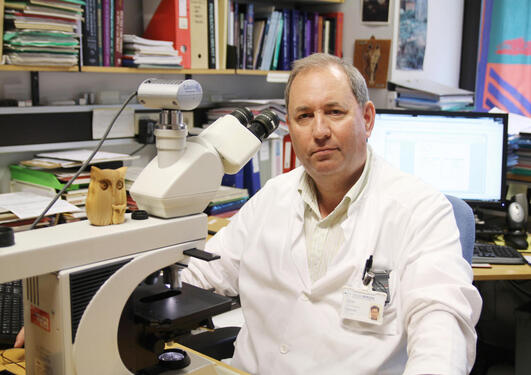 Alumni of the month: Lars A. Akslen

Get international experience! The leader for Centre for Cancer Biomarkers (CCBIO), Lars A. Akslen, advises today’s students to go abroad. 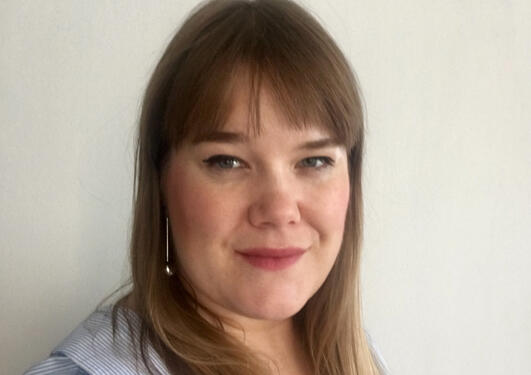 Alumni of the month: Lene Bergman

As a student, Lene Bergman dedicated herself to concerts, writing fanzines and working at Hulen. Nevertheless, she spent her time at the university learning about studying and writing. Today, the former UiB student is general manager at the communications agency Mannheimer. 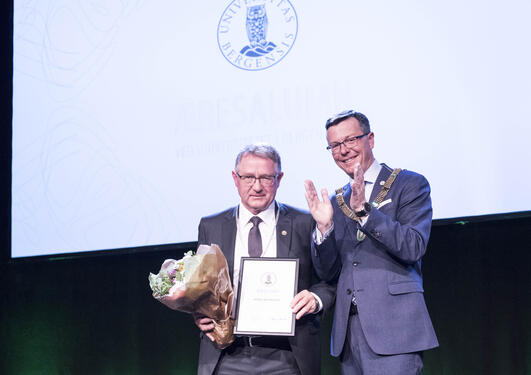 Magnus Matningsdal’s retirement as professor at the Faculty of Law in 1989 marks the beginning of some 2000 additional hours he has spent at the lectern in Dragefjellet. Today, the Supreme Court Justice will be awarded honorary alumnus status at this year’s Christie Conference.