These are the words that the European Research Council uses to describe the work of the Advanced Investigators they selected for 2009. Frede Thingstad, the leader of the Marine Microbiology research group at BIO, was one of the advanced investigators selected.

It was an extraordinary autumn at UiB: three researchers were awarded Advanced Investigator Grants from the European Research Council (ERC). The grants are worth up to 3.5 million euros and last for periods of up to five years. The 2009 call was only the second call for this new ERC funding opportunity.

According to the ERC web site “the Advanced Investigator Grant funding scheme complements their ERC Starting Grant funding scheme by targeting researchers who have already established themselves as independent research leaders in their own right. ERC Advanced Grants allow exceptional established research leaders in any field of science, engineering and scholarship to pursue frontier research of their choice. They aim to encourage risk-taking and interdisciplinarity, and support pioneering frontier research projects. The selected projects will be highly ambitious, pioneering and unconventional and the grants are for exceptional research leaders only.”

Thingstad’s project is entitled: MIcrobial Network OrganiSation. It has the acronym, MINOS. Briefly, according to Thingstad, it investigates self-similarity as an organizing principle in complex marine microbial food webs.

Bringing self-similarity into microbiology, Thingstad would like to take low-level aspects of ecosystems such as trade-offs between strategies between organisms (competition, predation, defence, etc.) and link them to high-level, community aspects such as food web structure and biogeochemical systems.

Thingstad is well-suited to such ambitious, multi-disciplinary research. He was first educated as a biophysicist. He then became involved in microbiology, and began to specialise in the field of marine microbial ecology. The early 80’s were an exciting period in this field and there was a clear shift in the way researchers thought about marine microbial biology. This shift was the result of the publication of a watershed article in 1983 by Azam et al, where Thingstad was a co-author, introducing the concept of the “microbial loop”.

A constant theme underlining Thingstad’s work is that experimental and observational work in microbial ecology could, and should, be tightly linked to the development of a consistent theoretical framework. There is widespread academic interest in Thingstad’s activity. He is described as “highly cited” in ISI and his citation record has recently passed 5000 citations. Recent papers include “Counterintuitive carbon-to-nutrient coupling in an Arctic pelagic ecosystem” and “Trade-Offs between Competition and Defense Specialists among Unicellular Planktonic Organisms: the "Killing the Winner"”. 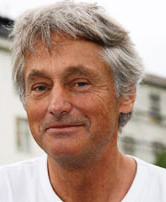