Over the past 40 years the field of microbiology has undergone significant changes. Chief Engineer Frida Lise Daae has experienced many of them first hand.

A long career in microbiology

Daae started her working life as a laboratory assistant in the field of microbiology at the Vitamin Laboratory at Fisheries Ministry, then at the Bacteriology Lab. at Haukeland University Hospital.

In 1973 she started to work at the University of Bergen at the Botanical Laboratory where for several years one of her main responsibilities was assisting in courses including Genetics, Microbial genetics, Cell Biology, General Microbiology, and Microbial Ecology.  Because of her active participation in the courses, she was given the opportunity to earn academic credits herself and earned her undergraduate degree. During this period research and teaching activity in Microbiology was re-organised into a new department, the Department of Microbiology (IM).

At IM Daae worked with Jostein Goksøyr and Vigdis Torsvik, both of whom were at the forefront of a number of developments in microbiology and molecular biology, including, for example, their ground-breaking work on microbial diversity in soil. The 90’s was also the era of recognising the universality of ribosomal RNA and the development of PCR methodologies. Daae was part of the effort incorporating these on-going developments into the laboratory activity at IM and contributed to important results such as evidence pointing to the ubiquitous nature of Archaea. The labour-intensive work with sequencing in these years led to a number of important findings.

One of the geo-bio pioneers at UiB

At the end of the 90’s, advances in technology were enabling researchers to access increasingly remote and extreme environments. Rolf Birger Pedersen had the good fortune to be invited to go down with the Russian manned MIR submersible to the seafloor at the Knipovich Ridge, west of Svalbard. Daae, along with Terje Torsvik and Vigdis Torsvik, was involved in analysing the seafloor samples collected there.

This activity marked the beginning of geo-biological research at the University of Bergen (UiB). Daae’s interest in this field led her to undertake a masters in this area in 2006.

Daae was part of the team that worked to establish a Centre of Excellence in geobiology. When the Centre was established in 2007, she was given the responsibility for setting up the geo-microbiology lab.

In addition to running of the lab, participating in research cruises and analysing many of the field samples collected, Daae was able completed the research initiated in her masters work. The results have been published in a paper that was accepted on the day when UiB celebrated her 40 years of service at the university.

Anders Goksøyr, leader of the Department for Biology, congratulated Daae for the way she had not only maintained, but also developed her skills and competencies over her career. Pedersen, the director of the Centre for Geobiology, gratefully acknowledged her contribution to the training of the next generation of geobiologists and her leadership in the Centre’s geo-microbiology lab facilities.

Daae herself says that she is grateful for the opportunities she has had at UiB, and for the inspiration and enthusiasm she has had from her colleagues, not the least all the many students who have passed through her labs over the years. 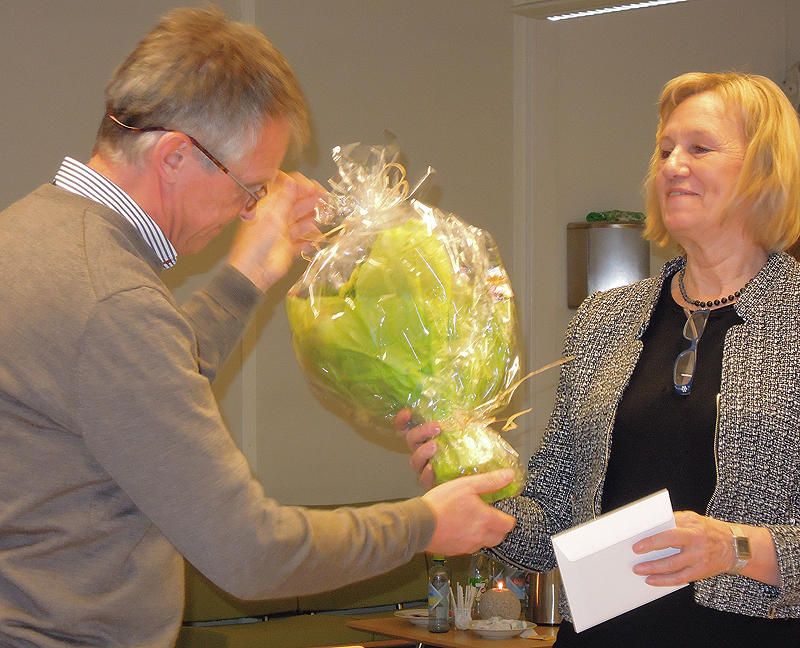 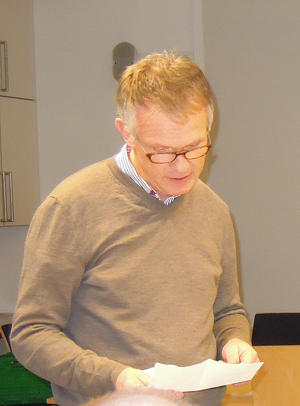