Latin may not be a “living” language anymore, but it is actively used in scientific names and terms and “comes to life” in conference presentations, where its varied pronunciation may lead to the kind of confusion that its adoption for use in scientific nomenclature aimed to avoid!

One of BIO’s Professor emeriti, Bjørn Berland, recently wrote an interesting article entitled, Pidgin Latin, that appeared in the annual review, Uniped, published by the Norwegian Association of Higher Education Institutions (access a .pdf of the article).

In the article Berland points out that while English is dominating as the language of science publication, it may well be that native speakers of other languages, and he cites many Continental European languages, may have Latin pronunciation that is closer to the original; that Latin pronunciation may have been better preserved on Continental Europe than in England and its former colonies! 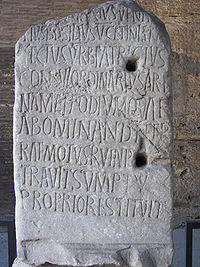