Skip to main content
The Department of Biomedicine
Research communication

Our research on "molecular crutches" in the national media

In an article published in Aftenposten Viten, researcher Marte Innselset Flydal describes how she is planning to develop medicine for children suffering from the rare disease phenylketonuria.

For children and adults with Føllings disease, weighing of food is necessary throughout life. The penalty for not doing it is to damage the brain. Researchers in Bergen are looking for a microscopic "crutch" that can ease their everyday life.

Have you ever thought about how much of foods that contain proteins?

Parents with children who have phenylketonuria, also called Føllings disease, are very aware of this. They check and calculate the protein content of the food the child eats to avoid irreversible brain damage. If the patient him-/herself does not continue this for the rest of their life, the brain may not function optimally.

All newborns in Norway are tested for Føllings disease so that dietary treatment starts immediately. This prevents irreversible brain damage in up to six children every year.

The diet has been referred to as "the world's worst diet". In order not to eat too much protein, but also not too little, they must eat a certain amount every day. This amount varies and is adjusted based on values from blood samples ​​that are sent to the hospital on a regular basis.

There is no cure for the disease, but for one-fifth of the patients, the diet is simplified with the drug Kuvan. Professor Aurora Martinez is leading researchers at the University of Bergen and in the company Pluvia to help more of them.  In Føllings disease, an enzyme in the body that we need in order to eat proteins does not work. We want to make it work better so that the patients can eat more ordinary food.

Proteins are vital for everybody

Proteins do not only build muscles but also the skeleton, organs, connective tissue, skin and hair. Proteins are antibodies that protect us from viruses and bacteria, they produce signal substances and hormones that control our mood and development and they form road systems and gates in our cells. Many proteins are enzymes that make vital reactions go just as fast as they should. These are just some of the tasks proteins have in our body. If we had enlarged a cell and entered it, we would see millions of proteins that are all aware of their specific job.

In order to make these proteins we must eat proteins. This also applies to people with Føllings disease. Proteins are like Lego. We eat protein-rich foods in order to get building blocks to build our own proteins. The building blocks are called amino acids. There are 20 types, but they can be assembled in countless different ways by varying the amount and order of them. We ingest the proteins that have performed tasks in the organisms that we eat, break them down to into these 20 amino acids in our digestive system and builds new ones based on the recipes in our DNA. Once the body has taken all the amino acids it needs after a meal, the rest are broken down or converted to other substances. This is what does not happen when you have Føllings disease.

A fragile enzyme is the problem

PKU patients can only break down the surplus of 19 of the amino acids. The final one, called phenylalanine, accumulates in the blood and creates imbalance when it reaches the brain. The recipe for the enzyme that breaks down this amino acid contains an error. Some errors cause the enzyme to not work at all, but most errors only make the enzyme a bit fragile. The body's quality system does not tolerate fragile enzymes and get rid of them before they have the chance to do their job.

Thus, it is not the complete proteins that patients with Føllings disease can not tolerate in uncontrolled amounts, but only one of the protein building blocks. The other 19 amino acids must be taken in normal amounts. Therefore, as if the diet was not already difficult enough, patients must take an artificial blend with the 19 other amino acids as well as minerals and vitamins several times a day.

Looking for an "enzyme crutch"

In Bergen we are searching for something that can make the enzyme less fragile. The goal is to find what is called pharmacological chaperones for Føllings disease. A pharmacological chaperone is a tiny molecule that can bind to an enzyme and make it more stable. It is like luring in a microscopic crutch that is precisely adapted to support the broken enzyme and help it pass the quality control. It may not be able to break down as much of the building block as the enzyme does in healthy people, but at least it is allowed to do the job as well as it can.

We have already found pharmacological chaperones for Føllings disease that work in mice. By further developing these, we expect to be able to produce a drug that works in most patients.

Now it is just a matter of finding the optimal crutches.

This is a translation of an article originally published in Norwegian language in Aftenposten Viten: 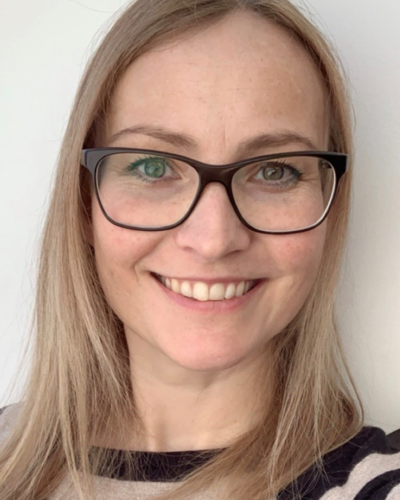