Skip to main content
The Department of Biomedicine
Conference

On May 23 and 24, 2019, the world's leading fibrosis and cancer researchers met in Bergen at an international fibrosis conference on the topic "New tools to study the fibrotic stroma".

During the conference, new findings were discussed in basic research and clinical research on connective tissue cells in fibrosis and tumors. Representatives from three biotechnology companies showed their ongoing work to develop drugs that focus on limiting fibrosis and tumor growth by directly targeting stroma cells.

The speakers in Bergen included:

This was the third conference within the framework of the MOTIF project. The project is a four-year cooperation between Norway and North America, financed by Diku. This year, Professor Donald Gullberg from the Department of Biomedicine has invited the other partners from the University of Toronto, Canada and UCSF, USA. The first MOTIF conference was held in Toronto in 2017, the second at UCSF in 2018. This year's conference was held at Hotel Terminus and during the conference day, the owner family hosted a well-received lecture about the hotel's interesting history.

Professor Valerie Weaver from the University of California in San Francisco also gave a lecture at the CCBIO seminar series at the Department of Biomedicine.

Professor Weaver has attracted great international attention. It started with a research article in 2005, in which she used experimental systems to show that a tight connective tissue is an important factor for the growth of tumors. In 2009, these results were taken further by demonstrating that a certain type of cell surface receptors - integrins - use mechanotransduction to recognize the stiffness of the connective tissue stiffness. In breast cancer tumors, this can stimulate tumor growth.

Both of these studies have had a major impact, and Professor Weaver is now a world-leading expert in mechanical transduction. In the seminar entitled "Forcing tumor risk, transformation and aggression", the importance of mechanotransduction in various aspects of tumor growth was discussed.

A four-party training initiative focused on the Mechanism Of TIssue and tumor Fibrosis (MOTIF).

We are creating a link with internationally-leading research institutions, namely University of Toronto and University of California at San Francisco.

The MOTIF project is financed by Diku - Norwegian Agency for International Cooperation and Quality Enhancement in Higher Education (Former SIU). 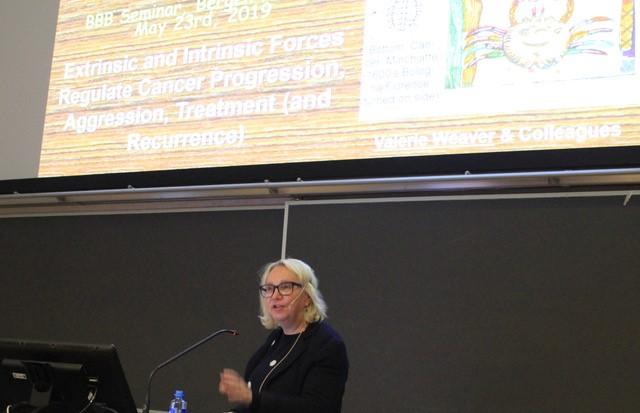 Valerie Weaver is Professor and Director of the Center for Bioengineering and Tissue Regeneration in the Department of Surgery at UCSF. In recognition of her seminal contributions on the biochemical and biophysical properties of the extracellular matrix in tissue morphogenesis and cancer she is an elected fellow of the AIMBE and ASCB, and recently received The Colin Thomson Medal of Honor from Worldwide Cancer Research.
Photo:
Musiime Moses
Tilknyttet innhold 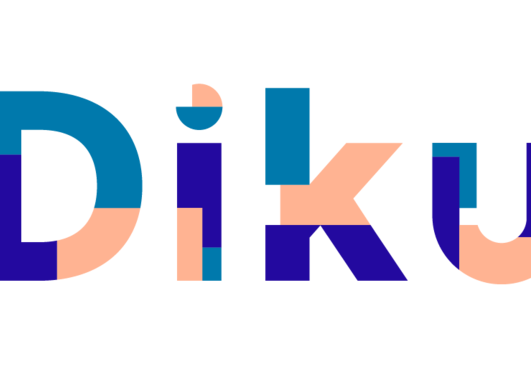 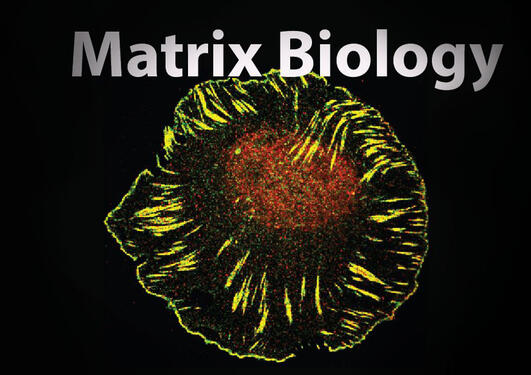 Welcome June 3-7 2019 to the course BMED904 Matrix Biology. Cell Biology and Physiology of the Extracellular Matrix.