Skip to main content
The Department of Biomedicine
RESEARCH NEWS

Carnosine plays an important roles as antioxidant, pH buffer, and neuromodulator and recently received increasing attention as biomarker for many disease states such as Alzheimer disease and Parkinson disease. The Neurotargeting group at the Department of Biomedicine discovered a novel enzyme, Glutamate Decarboxylase Like 1 (GADL1) that plays a role in carnosine production.

Carnosine, a dipeptide made up of the amino acids β-alanine and histidine is highly concentrated in muscle and brain tissues of both vertebrates and non-vertebrates, as well as in the central nervous system and specific regions of brain such as the olfactory bulb (1). It plays important roles as antioxidant, pH buffer, and neuromodulator (2) and recently received increasing attention as a biomarker for many disease states such as Alzheimer disease and Parkinson disease (3).

β-Alanine, a carnosine precursor, as well as its dipeptide derivatives, may also be neurotransmitters or neuromodulators in the central nervous system, especially in the olfactory bulb (2). Both carnosine and β-alanine can significantly increase muscle performance. In some studies, β-alanine and carnosine dietary supplementation have shown promising effects in the treatment of depression, anxiety, and autism symptoms in humans (4). Human and animal studies have demonstrated that ingestion of β-alanine leads to increased physical performance and less fatigue. This may be related to the increase of carnosine production in muscle and the pH buffering capacity of carnosine. In several studies muscle resistance to fatigue in the presence of carnosine have been shown, especially during short exercise intervals (5, 6). Carnosine and its metabolic derivatives have neuromodulator and antioxidant properties both in vitro and in vivo (2, 7). This could be due to carnosine ability to function as a quencher of reactive oxygen species, scavenging hydroxyl radical activity and chelates metal ions. Damage cause by reactive oxygen species has been reported in many diseases such as cancer and carnosine shown to play role in the inhibition of cancer cell proliferation with its antioxidant effect (8).

Although carnosine has been studied for a long time (9), its biosynthetic pathway in mammalian and the enzymes involved in, remained a mystery. Recently a study by Neurotargeting group at the department of biomedicine in University of Bergen introduced a novel enzyme, Glutamate Decarboxylase Like 1 (GADL1), that decarboxylases the common amino acid aspartic acid (Asp) into β-alanine and consequently plays role in carnosine production.

In this study a novel mouse model lacking GADL1 was used to determine the role of this enzyme in carnosine production. The knock-out mouse model had reduced levels of carnosine peptide in all the tissues examined. The reduction was most significant,70-80%, in the olfactory bulb. It has been reported that olfactory bulb function defected in many diseases such as Alzheimer disease, Parkinson disease (10) and in Corona Virus patients (11). Furthermore, mice lacking GADL1 showed some behavioral changes for examples decreased level of anxiety in mice behavioral tests. In addition, the knock-out mice exhibit some age-related changes such as weight gain after 30 weeks of age. The differences were more significant in the male mice. Moreover, mice lacking GADL1 showed to have increased level of oxidative stress markers. For instant, the knock-out mice had increased levels of glutathione reductase, the critical enzyme in cellular resistance to oxidative stress, up to three-fold compared to the control mice. Metabolic examination of different tissues from knock-out mice showed that carnosine is significantly decreased in the olfactory bulb, cerebral cortex and skeletal muscles compared to the control mice. β- Alanine, was also significantly reduced in the olfactory bulb. This evidence indicates the important roles of carnosine and β-alanine dipeptide in different biological and signaling pathways and the critical role of GADL1 in synthesis of these dipeptides. In addition, in this study it was found that common variants in the human GADL1 locus are associated with many different traits including plasma levels of acetylcarnosine, muscle strength, kidney function, and subjective well-being (12) .

Previously the deletion of the mouse carnosine transporting dipeptide transporter Pept2 (SLC15A) that altered carnosine levels in several organs has been reported but the effect was not as significant as in GADL1 knock-out mice (13). These organ-specific effects show that although carnosine dipeptides are mainly synthesized in the olfactory bulb, other organs take carnosine peptides and their precursors from the circulation.  In muscles, there are multiple nutritional and hormonal factors involved in carnosine homeostasis. There is a complex interplay between transporters and enzymes, including CARNS, CNDP2, PHT1, PHT2, TauT, PAT1, ABAT, and HDC (Figure. 1) (14). In addition, Miyamoto-Mikami et al. recently reported that during high-intense exercises, CARNS1 and GADL1 are up-regulated in muscles. This can indicate the important role of carnosine in muscle function and physiological regulation of these enzymes (15). Human genetic studies shows strong association of GADL1 variants with the levels of carnosine peptides indicating the critical role of GADL1 in carnosine production (16).

Taken together, this study shows that GADL1 is multifunctional decarboxylase with tissue-specific roles in carnosine dipeptides production and introduces Gadl1 knockout mice as a multi-aspect model to investigate carnosine biology and studying carnosine role in age related diseases such as cancer, cardiovascular and neurodegenerative diseases.

This article was originally published in the newsletter of the Norwegian Biochemical Societey, NBS-nytt 04/20. 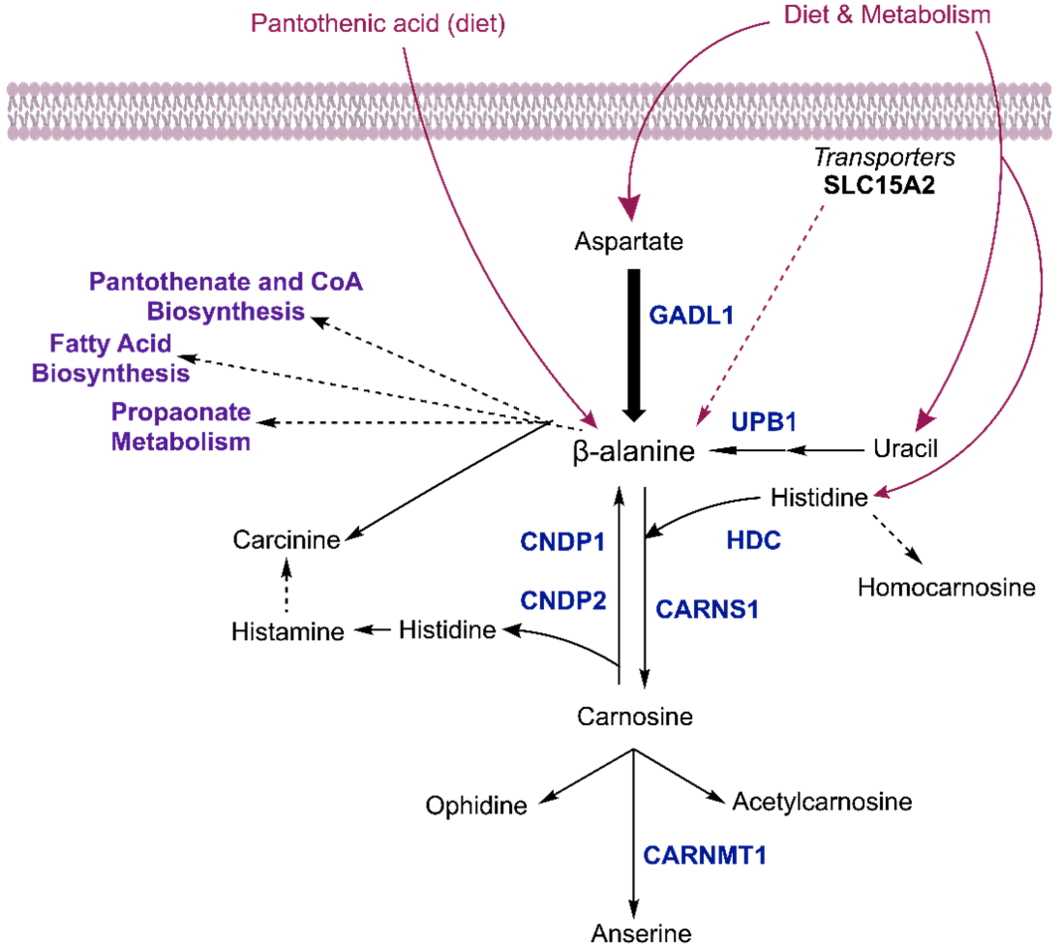 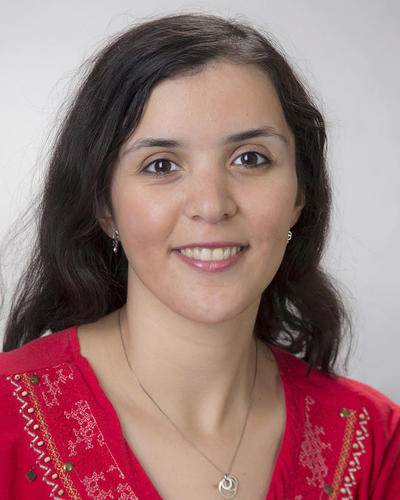