Skip to main content
The Department of Biomedicine
Best paper 2020

The research group for neurotargeting wins prize for Best Paper 2020

Fundamentally new discoveries in biology or medicine are rare. The mentioned article is an example of such a discovery. The findings of this study will probably soon be found in standard textbooks in biochemistry and physiology.

This year's publication is the article "GADL1 is a multifunctional decarboxylase with tissue-specific roles in β-alanine and carnosine production" by Elaheh Mahootchi and the collaborators at the research group for Neurotargeting at the Department of Biomedicine.

The research behind this year's publication shows how difficult it is to predict or plan how a research project will develop.

More than 20 years ago, Swedish researchers found some patients with severe autoimmune disease who developed antibodies to enzymes involved in the production of neurotransmitters such as serotonin and dopamine. The researchers contacted Jan Haavik and they collaborated to characterize some of these antibodies*. The researchers also detected antibodies to a previously unknown protein, named glutamate decarboxylase similar to 1, GADL1, because the sequence was somewhat similar to glutamate decarboxylase, which produces the important neurotransmitter GABA. The research group around Haavik therefore expressed the protein GADL1 in bacteria, studied the protein structure and examined many different substrates and inhibitors to find a possible enzyme function.

Autoantibodies to GADL1, an enzyme that produces beta-alanine

It turned out that the enzyme did not produce GABA, but that it could possibly contribute to the synthesis of the amino acids taurine and beta-alanine. However, the enzyme activity was so low that it was impossible to determine whether these were physiologically relevant reactions. Therefore, a mouse model was created that lacked GADL1. The mice were bred at the animal stable at the Faculty of Medicine and a number of studies were carried out to demonstrate the biochemical and physiological effects of inactivating the gene encoding GADL1. It turned out that the mice had normal development, but weight loss when they got older. They had reduced levels of beta-alanine and the dipeptide carnosine in muscles and brain, especially in the olfactory lobe. The mice also had other metabolic changes, signs of increased oxidative stress, age-related changes, and decreased anxiety symptoms.

GADL1 is linked to muscle strength and kidney function

The new study proves that beta-alanine is derived from the naturally occurring amino acid aspartate and not from the diet or from the breakdown of nitrogen bases. The study also shows that the enzyme GADL1 has different natural substrates and that the function is different in different tissues. Carnosine was first discovered as an important component in muscle tissue in the year 1900, but it has been unclear how this substance is formed. The new study shows that access to beta-alanine, formed by GADL1, is critical for the production of carnosine. The new study also explains why genetic variations in GADL1 are linked to muscle strength and kidney function.

The results form the basis for further pharmacological studies with beta-alanine derivatives to treat neurodegenerative diseases such as Alzheimer's disease, Parkinson's disease and amyotrophic lateral sclerosis (ALS), where increased oxidative stress appears to be an important disease mechanism.

Tittel: GADL1 is a multifunctional decarboxylase with tissue-specific roles in β-alanine and carnosine production

* Identification of tryptophan hydroxylase as an intestinal autoantigen 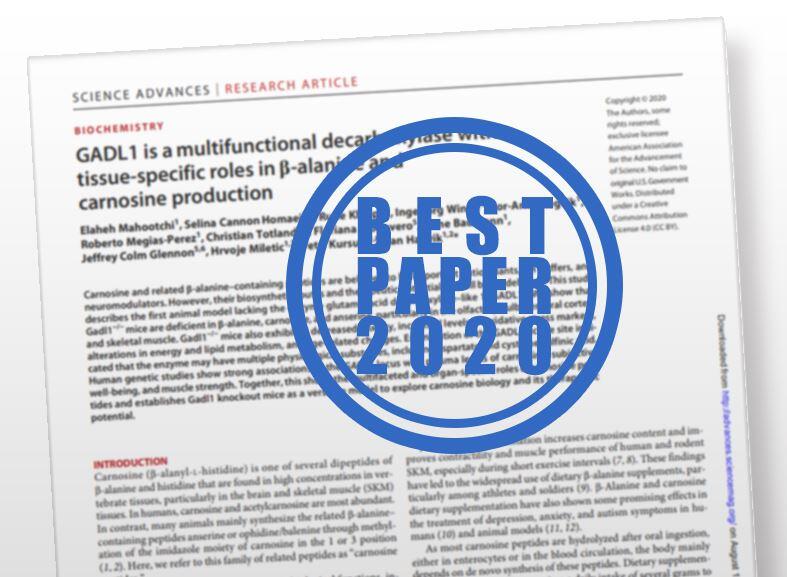 Science Advances is a new open access journal. An important measure of the article's influence is that it is frequently read. In the first nine months, the article in question was downloaded 11,000 times.
Photo:
Margarethe Bittins
Relevant links
Researchers discover molecule that may be linked to athletic performance (medicalxpress.com)
Article on forskning.no (in Norwegian)
Related content 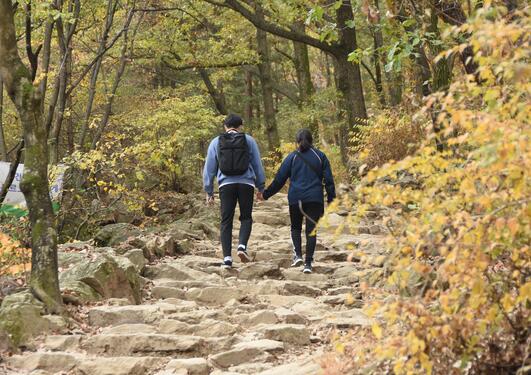 Carnosine plays an important roles as antioxidant, pH buffer, and neuromodulator and recently received increasing attention as biomarker for many disease states such as Alzheimer disease and Parkinson disease. The Neurotargeting group at the Department of Biomedicine discovered a novel enzyme,... 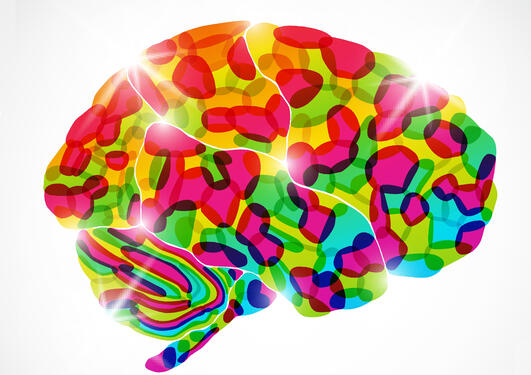