Considering the expanding numbers of elderly in our society, studies of health and disease in the ageing population is becoming increasingly important. Age is the major risk factor for development of Alzheimer’s disease (AD). In order to understand AD, one must understand normal ageing. One of the main theories of ageing is based on the notion that macromolecular damage of DNA accumulates over time. These events could cause many of the phenotypical changes and genome instability seen with the ageing process and neurodegenerative diseases such as AD. A particular culprit in this context is oxidative stress. Oxidative DNA damage induced by reactive oxygen species (ROS) is a major source of mutation load in living organisms and is believed to play a causative role in aging, cancer and neurodegenerative diseases. To counteract the potential harmful effects of genotoxic stress, organisms have established an array of repair systems where base excision repair (BER) is the major pathway for repairing oxidative DNA damage.

We are testing whether the DNA repair profile develops or attenuates with normal ageing and in AD. In these studies, we aim to elucidate the role of DNA repair in ageing and AD, with a focus on BER. Results from a cohort of >700 healthy individuals aged 20-75 revealed association between the non-synonymous single nucleotide polymorphisms (SNPs) hOGG1Ser326Cys and APE1Gln51His and general cognitive function, reasoning, and speed of processing, supporting the notion that SNPs in BER-related genes are associated with cognitive performance. In an AD mouse model, we demonstrated differences in transcriptional expression of BER genes in brain tissues between Tg-ArcSwe and wildtype (wt) mice. Thus, BER-gene expression patterns in Tg-ArcSwe mice reflect DNA repair responses to oxidative stress with age. AD patients, patient controls and healthy individuals also demonstrated association between hOGG1 and PARP1 expression in blood and cerebrospinal fluid (CSF) biomarkers in the prodromal stages of AD. However, it remains a conundrum whether oxidative stress and altered DNA repair are consequences of AD pathology or represent antecedent contributors.

Collectively, these findings provide new insight into how both genetic variation and conservation generate a basis for maintaining genome stability and cognitive function in the aging brain and in AD. The results establish a role for DNA repair in ageing, for the first time linking the analysis of AD CSF biomarkers with DNA repair. Thereby, this study also expands the pool of potential biomarkers for pre-clinical AD. 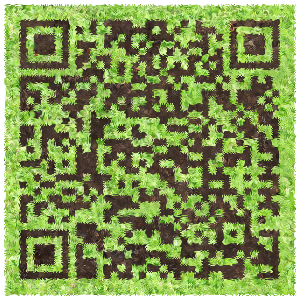