Professor Daniela Elena Costea and her team in the Experimental Pathology Research Group are focusing on on tumor-stroma interactions for identification of tumor microenvironment-related prognostic biomarkers.

To investigate the role of microRNAs in tumor-stroma (fibroblasts) interactions, the group investigated the dysregulation of miRNA in tumor stroma (fibroblasts). This study identified twelve differentially expressed miRs in stromal fibroblasts of OSCC lesions compared with normal oral mucosa (Rajthala et al., Int J Mol Sci, 2021) and it revealed that one of the significantly downregulated miRNAs in CAF, miR-204, has a tumorsuppressive function through inhibition of fibroblast migration by modulating the expression of several different motility-related molecules. The group shows for the first time that miR-204 targets integrin α11, a collagen I receptor that has been involved in cell motility and showed previously by the group to be specifically upregulated in CAFs. Furthermore, in a cohort of 169 patients with human papilloma virus (HPV)-negative primary OSCC, they showed that presence of miR-204 in the stroma at the tumor front predicted better overall survival and recurrence free survival (Rajthala et al., Cancers, 2021).

The Costea group further characterized comprehensively their head and neck cancer cohort at several levels: mutational landscape by NGS using a custom-made 31 gene panel, desmoplastic reaction, and host immune reaction. The group identified a panel of 7 genes that had a prognostic value for head and neck cancers (Dongre et al., Front. Oncol. 2021) and that presence of at least one cancer-specific mutation in any of these genes was positively associated with an aggressive type of invasive front and extensive desmoplastic stroma. Of interest, it was found that extensive stromal desmoplasia positively associated with an aggressive tumor invasion front and presence of metastasis, but surprisingly, inversely associated with a rich inflammatory infiltrate.

Oral cancer is increasing at an alarming rate, particularly in low-income countries. This urges for research into noninvasive, user-friendly diagnostic tools that can be used in limited resource settings. The group tested and validated the feasibility of e-nose technology for detecting oral cancer in the limited-resource settings of the Sudanese population, where it offers a valuable cost-effective strategy to tackle the burden posed by OSCC (Mohamed, Healthcare, 2021).

The group has shown that cancer associated fibroblasts are heterogenous and involved in complex interactions with carcinoma cells, immune cells, and endothelial cells. The challenge is to decipher these interactions at the molecular level, by using relevant experimental models that are sufficiently elaborated to mirror the complex in vivo tumor microenvironment but feasible enough for individual analysis and modulation of its different components, in order to reveal their respective contribution to tumor progression and drug resistance.

The group will focus on deep characterization of fibroblast subpopulations and their interaction with cancer cells, inflammatory and endothelial cells by use of imaging mass cytometry (Hyperion Imaging System) as well as on developing robust in vitro 3D tumor models for dissecting tumorstroma interactions at the molecular level and for high throughput drug testing.

BEING PART OF THE CCBIO COMMUNITY

"The rapid pace of research activity and the broad range of seminars and lectures organized by CCBIO has stimulated our activity and interaction with both local and international collaborators. The newly recruited master students and PhD candidates have benefited enormously by attending the courses organized the CCBIO Research School and by being rapidly and efficiently integrated in the CCBIO environment." 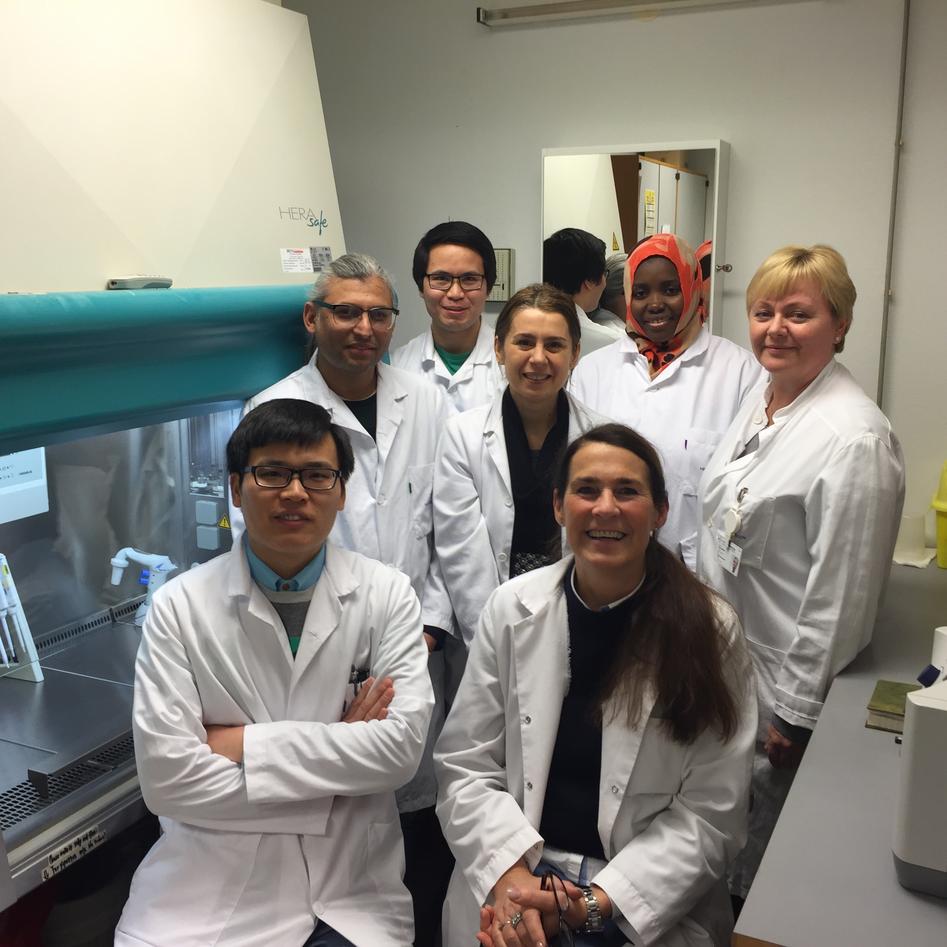