Christine the cancer cell – A sociopath in the body

How does a cancer cell think? It has a mindset not as foreign to us as you may believe, including those of us who succeed in life at the expense of others, the cancers in society.

The tragic fate of a cancer cell is due to extreme self obsession, it destroys both the host and itself. It longs for a point in time far back in evolution when it used to be a single celled organism, when it didn’t need to be mindful of neighboring cells. But the body on a micro-level and society on a macro-level only functions when each of the components admit they are mutually dependent on each other, and are willing to live collectively.

This presentation points a finger at both individualism in the popular opinion and the mindset of a cancer cell, based on a feature article published in Aftenposten. Henriette jumps back and forth between characters representing cancer cells at different stages in disease progression, demonstrating the manipulative powers and the eccentricities expected of an ambitious cancer cells. The cancer cell is a loud speaking and narrow minded brat who only thinks about herself. That goes both for cancers in the body and in society. They take advantage of others; they spend every available resource for their own benefit – only to cause their own demise.

By confronting the audience with the cancer cell personality they will understand how the body experiences a cancer cell, and realize how easy it is to become framed by her. Only then can we understand how a fully grown tumor is allowed to grow out from a single egoistic cell. Researchers target their drugs towards all the different cancer cell characters.  The audience realizes that a diagnosed tumor may have several different outcomes, including no disease at all. The fear of disease resulting from not knowing the cancer cell's mindset might be just as paralyzing as the actual disease. Following the presentation we hand out an informal personality test where audience members can conclude whether they have the personality of a normal cell or a cancer cell.  The two personalities represent extreme egoism or extreme collectivism, neither is optimal for human beings, but, both traits are covered in the presentation and refer to the doctrine of professor in public health Per Fugelli: “Don’t be a single number in society, care about your flock”.

Age of audience: Suitable for youth and adults. Metaphors are adapted to the audience at hand.

Language: either in Norwegian or in English.

The event is free of charge. 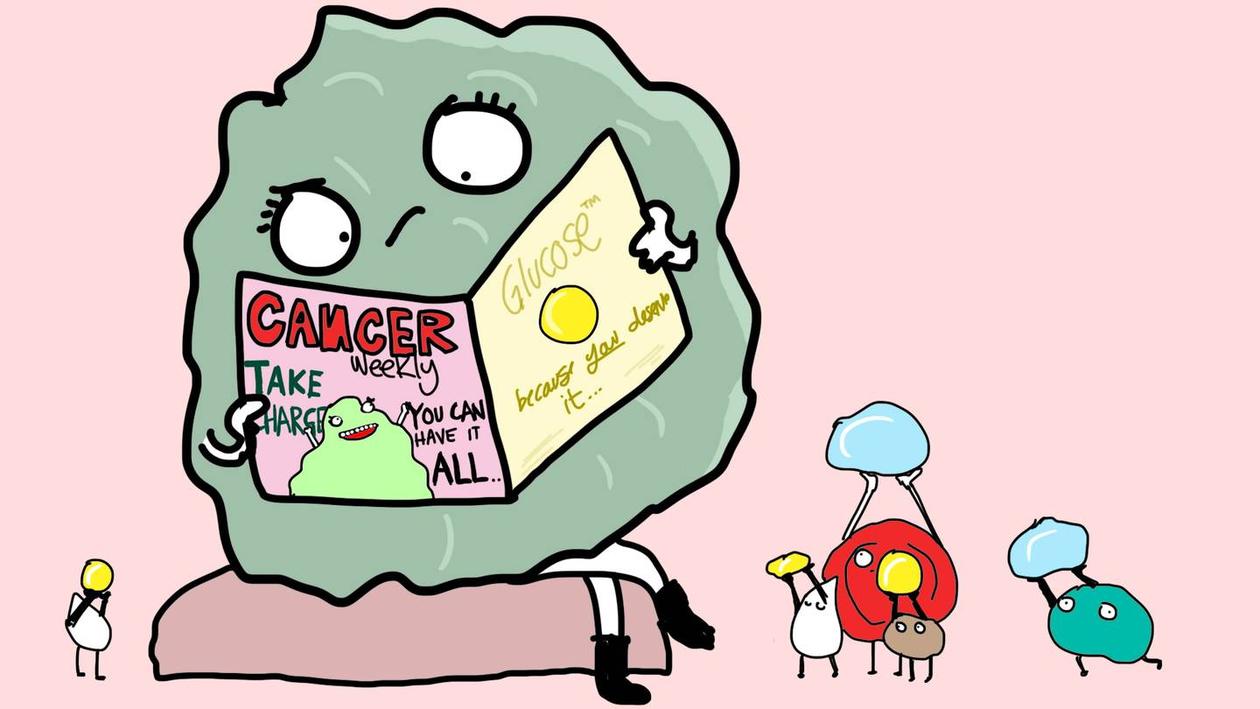 Christine the cancer cell is a demanding creature with a keen interest in self-development.
Photo:
(drawing) by Hanne Sigbjørnsen/Tegnehanne 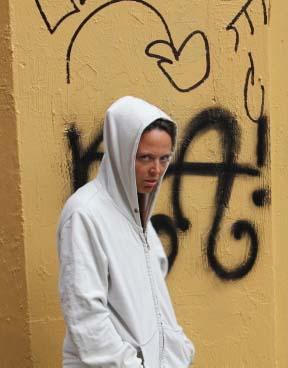