Short bios of each SAB representative can be found at the bottom of this page.

The SAB’s mandate is to give the center director and center staff advice on science and scientifically relevant matters. The SAB convenes once a year for a full day meeting with the CCBIO investigators, mostly in connection with the CCBIO Annual Symposium. The feedback from the SAB has been of great inspiration and utility to CCBIO, and for every SAB meeting, CCBIO provides the SAB a report on the response to their previous recommendations.

In their 2019 report, the SAB stated that they were impressed by the progress made during the last year. CCBIO has developed into a strong center that is driving biomolecular marker research in Norway. Given the success of CCBIO, the SAB encourages the University of Bergen to provide appropriate economic support to ensure that the momentum which CCBIO has built up in biomarker research can be taken care of after 2023.

The SAB noted particular strength in translating basic data into clinical studies and ongoing trials. CCBIO was recommended to focus on clinical trials, on usefulness of either biomarkers that have been derived from basic research performed within CCBIO or biomarkers from the current literature.

The SAB also commented that a noticeable team spirit has been built, which enhances the performance of individual investigators. Given the quality of the work performed at CCBIO, the SAB encourages even greater risk taking in approaching scientific and clinical problems that are currently understudied, such as the use of biomarkers in predicting the best use of therapeutic combinations, or in predicting unexpected toxicities. The recent acquisition of capacity for imaging mass cytometry, enabling the analysis of multiple biomarkers for the development of new signatures for a variety of clinical applications, should give additional impetus to CCBIO’s efforts.

The SAB appreciates that the development and application of new biomarkers in clinical practice depends on economic determinants as much as it does on scientific quality and clinical need. The incorporation of ethics and economics into the curriculum, into the annual symposium and into the everyday workings of CCBIO, is therefore one of its great strengths.

The SAB commended the extensive effort of the CCBIO Research School for Cancer Studies towards providing education for PhD and master students as it helps to foster the new generation of biomarker researchers. In 2019, the activities established in interaction with the Vascular Biology Program at Boston Children’s Hospital contributed significantly in this respect.

Carl-Henrik Heldin is the chairman of CCBIO’s SAB and is professor in molecular cell biology at Uppsala University, and chairman of the Nobel Foundation.

Professor Heldin was born in 1952 and obtained a PhD degree in medical and physiological chemistry in 1980 at the University of Uppsala, where he continued to work until 1985 in a position sponsored by the Swedish Cancer Society. Between 1986 and 2017 he was the branch director of the Ludwig Institute for Cancer Research in Uppsala, Sweden, and since 1992 he is professor in molecular cell biology at Uppsala University. Professor Heldin is a member of several learned societies, including the European Molecular Biology Organization, the Royal Swedish Academy of Sciences, Academia Europea and Japan Academy, and he is an honorary doctor at the universities of Patras, Helsinki, Turku and Heidelberg.

He serves or has served on the scientific advisory boards for several companies and academic institutions, including the German Cancer Center, Heidelberg, Max Planck Institute for Biochemistry, Martinsried, Center for Molecular Medicine, Vienna, European Molecular Biology Laboratory, Heidelberg, Institute for Cancer Research, Oslo, and now also CCBIO. Professor Heldin was vice president of the European Research Council until 2014, and chair of EMBO Council until 2020.

Ate van der Zee is Chairman of the Board of Directors and professor of Gynaecological Oncology at the University Medical Center Groningen (UMCG).

Further, he has established a managed clinical network for ovarian cancer for all hospitals in the North-East of the Netherlands to improve the care for ovarian cancer patients and which forms a unique platform for translational research.

Professor Zetter is frequently sought as an advisor on science and business practice to industry executives and scientists. He has served as consultant or scientific advisory board member to more than 30 biotechnology and pharmaceutical companies, venture firms and investment firms and academic institutions. Further, he also serves on several grant review boards for public agencies such as the American Heart Association and the American Cancer Society, and currently also serves on the editorial board of 8 peer-reviewed journals. In addition, he is often called on as an expert witness in court cases involving health and biotechnology.

As a frequent lecturer, he has given over 300 lectures to universities, conferences and businesses. He has also won numerous national and international awards for his work in the field of cancer research including a Faculty Research Award from the American Cancer Society and the prestigious MERIT award from the US National Cancer Institute and a Creativity Award from the Prostate Cancer Foundation. He has also received three teaching awards from the students at Harvard Medical School for excellence as a teacher and as a course director. In November 2019, he was also appointed as Honorary Doctor at the University of Bergen, Faculty of Medicine.

The SAB’s mandate is to give the center director and center staff advice on science and scientifically relevant matters.

The SAB convenes once a year for a full day meeting with the CCBIO PIs and associate PIs, following the CCBIO Annual Symposium. 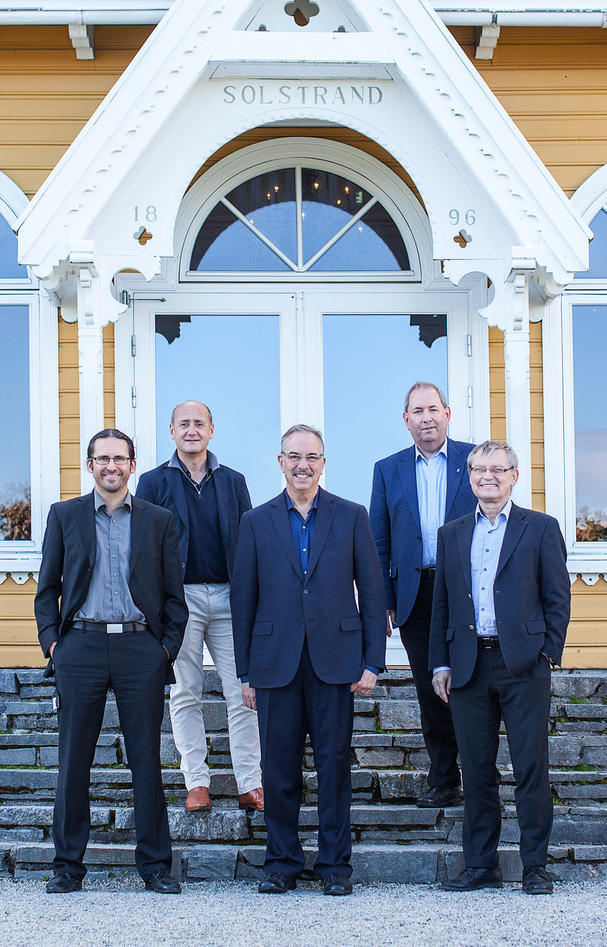