Two major challenges seem to limit contemporary targeted treatment of cancer: i) mapping of tumor clonality at diagnosis and during therapy, and ii) identification of patients responding to immunological check-point inhibitors.

Targeted therapy in metastatic cancer has proved to be challenging, and blind spots in diagnostics need likely to be unblinded to improve therapeutic results. Biomarkers may provide the information needed for successful precision medicine. The nature of these biomarkers include a wide range of modalities, including clinical and imaging features, tissue morphology through histopathology, gene aberrations, messenger RNA expression, and proteins.

Mutation analysis by next generation sequencing has dominated recent biomarkers studies, maybe without the striking importance in therapy response prediction as initially expected. Immunotherapy represents a rejuvenated therapy concept through immunological check-point inhibitors. Decades of immunostimulatory therapy have indicated the potential. Both interleukin-2 and interferon alpha has been used in cancer therapy with striking effect in a few cases, but with problematic adverse effects. Now the concept of stimulation is left for a concept of inhibitory mechanism release, using targeted therapeutic antibody to alleviate the immunological blockage caused by cancer cells. This seems to be far more potent than stimulating the immune system. However, response to immunological check-point inhibitors is extremely divergent, from more than 80% in Hodgkin’s lymphoma to 10-20% in gynecological cancer. Strikingly, amplification of the gene for PD-1 is frequently present in Hodgkin’s lymphoma, maybe not surprising based on the immune cell domination in the tumor environment of Hodgkin’s lymphoma.

From the patient’s perspective, 10% response rate is low but at the same time data indicate that these responders are long term stable. It will therefore be of huge value to identify these responders before or early after start of therapy. Other cancers may only be accessible for immunological check-point inhibitors if microsatellite instability is present and a high number of mutations are characterizing the tumor genome. Clear biomarker strategies beyond these are lacking. No biomarkers have indicated therapy response or the possibility for adverse effects. With the immunological check-point inhibitors, receptor blocking between T-cells, particularly PD-1 and CTLA-4, has been identified.

Tumor cells often have significant phenotypical plasticity and may hide in different environments. This plasticity is probably epigenetically directed, meaning that permanent changes in the genome is lacking. Such plasticity appears in tumors that also show clonal heterogeneity, implicating that various mutations with various phenotypical properties are present in large tumors. Finally, some of the most effective chemotherapeutics may induce damages in DNA. This urges the use of biomarker panels that comprise of both mutational information and protein expression. Such multi-parametric panels will likely be needed both for primary diagnostics and later follow-up.

Small molecule inhibitors are key therapy in care of subsets of sarcoma, in renal cancer, in melanoma and in leukemia. These targeted therapies are followed by simple diagnostics, not taking into consideration mechanism of action. A specific mutation is identified at diagnosis, and the muted gene may be used to quantify tumor load in the patient along therapy. Treatment responses are routinely followed by imaging modalities like computer tomograms and magnetic resonance imaging. In these cases the sensitivity is low, and typically it takes 6 to 12 weeks before any meaningful change in disease can be measured. When these small molecule inhibitors fail –because most will sooner or later fail in solid cancers – various escape mechanism may have been trigged. These escape mechanisms include the simple point mutation of the binding site of the therapeutic molecule target, parallel compensatory signaling pathways and unrelated mechanisms like cell death rheostat systems that are retuned to cell survival.

CCBIO is now actively designing biomarker programs in small academic and academic-industry initiated trials. Within 1-2 years we will see the first results of these trials, and the goal is to contribute in the shift of paradigm needed for more effective clinical trials in cancer. 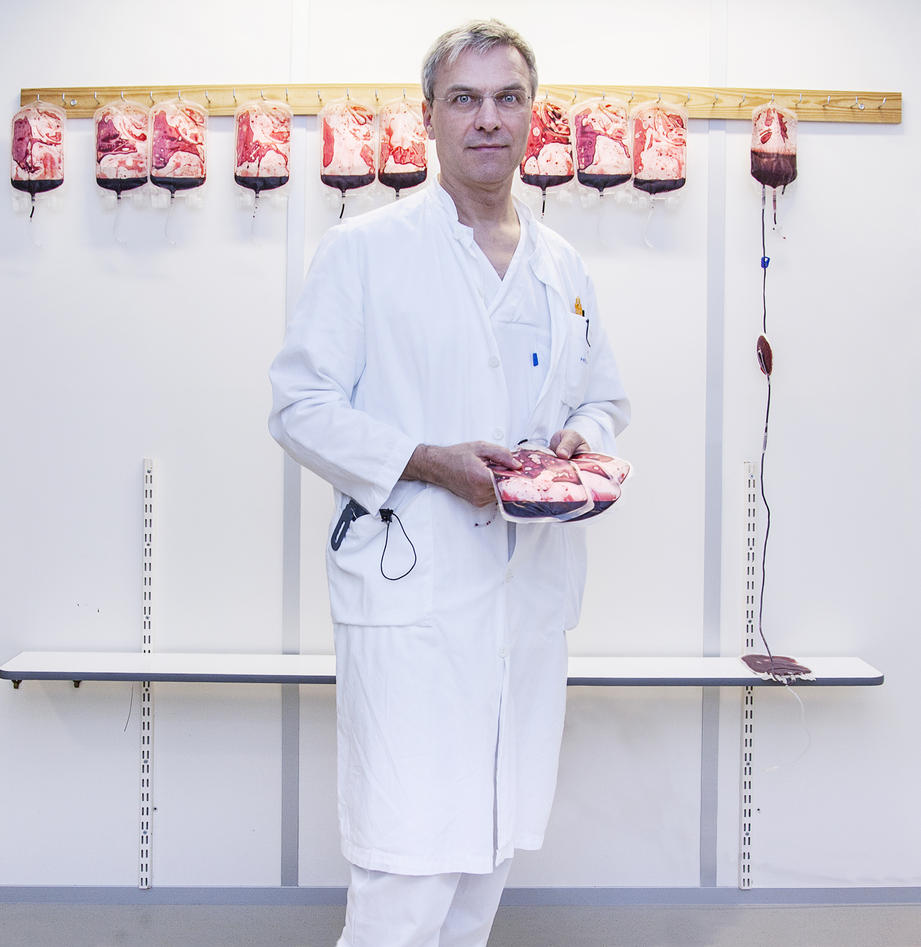