Professor C. Ronald Kahn from Joslin Diabetes Center, Harvard Medical School is a world recognized expert in diabetes and obesity research, as well as a preeminent investigator in the area of insulin signal transduction and mechanisms of altered signaling in diabetes and metabolic disease. Prof. Kahn has received more than 70 awards and honors, including the highest honors of the American Diabetes Association, U.S. and British Endocrine Societies, Juvenile Diabetes Research Foundation, European Association for the Study of Diabetes and the American Association of Clinical Endocrinologists, and election to the National Academy of Science and Institute of Medicine. He has authored more than 600 original publications and 200 reviews and chapters

A recent study from Prof. Kahn has identified viruses that can produce insulin-like hormones that are active on human cells.  This novel discovery brings new possibilities for revealing biological mechanisms that may cause diabetes, as well as autoimmune disease, metabolic conditions or cancer.

Viruses known to infect fish and amphibians, could possibly expose humans to viral insulins. Prof. Kahn and his colleagues at Joslin have found that various viruses can produce peptides that are similar in whole or in part to 16 human hormones and regulatory proteins. Four viruses interestingly have insulin-like sequences, and show ability to bind to and stimulate human insulin receptors and receptors for a closely related hormone called IGF-1 (insulin-like growth factor 1). The viral peptides could this way potentially stimulate all signaling pathways inside the cells that are stimulated by human insulin and IGF-1, including glucose uptake and cellular growth.

There are some interesting facts. 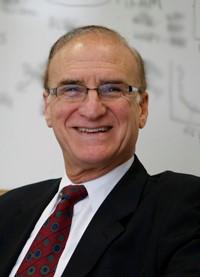