The session started with a presentation from Jason Flannick, from the Broad Institute, where he addressed the genetics of type 2 diabetes. He presented recent data from sequencing studies that suggest that rare variants will not explain a substantial part of genetic risk of diabetes in the general population.  However, he pointed to some exceptions to this general picture, and showed that genes implicated in monogenic diabetes also harbor rare variants important for type 2 diabetes. Next Amit Majitha, from the same department, extended this picture and described novel methods for high-throughput functional investigations of coding variants. These methods will allow for better assessment of pathogenecity of rare variants in both type 2 diabetes and monogenic diabetes. Thereafter, Lise Bj. Gundersen from the KGJ Center for diabetes research showed recent data from our own lab, illustrating how such functional studies on the HNF1A gene could differentiate between disease risk and neutral variants.

After a short break, Simon Dankel (KGJ) described their novel work linking common genetic variation to biological function (for more information, NEJM). Simon Chera from the stem cell node of the KGJ described their work on deciphering the processes necessary for Beta-cell regeneration.

Session 2: Bioinformatics in Proteomics and Metabolimics.

Peter Arner from the Karolinska Institute kicked off this session, giving an overview on unhealthy adipose tissue and development of insulin resistance. The relevance of lipids and obesity was further presented by Miguel Lopez, from the University of Santiago de Compostela, Spain, however with a focus on lipotoxicity in the hypothalamus, and novel pathophysiological mechanisms of obesity. The relevance and use of bioinformatic tools were then later presented by Harald Barsnes from the KG Jebsen Center for Diabetes Research. He particularly focused on Crowdsourcing to maximize the potential of bioinformatics.

Session 3: Application of Bioinformatics and Genomics in Large Registries.

Leif Groop from the Lund University started the final session by introducing a new source for novel classification of diabetes based on the ANDIS (All New Diabetics In Scania) registry. Next, Kristian Hveem from HUNT Research Center, presented The HUNT Study (The Nord-Trøndelag Health Study) - a longitudinal population health study in Norway started in 1984. This unique database of personal and family medical histories is collected during three intensive studies and is a resource for genetic studies in diabetes. HUNT 4 is anticipated to start in 2017. Pål R. Njølstad KG Jebsen Center for Diabetes Research, Bergen finalized the session in his talk: “The Norwegian Diabetes Registry and Biobank - new possibilities” where he introduced the registries and the established biobanks in Norway. New data from an ongoing study estimating the prevalence of monogenic diabetes in the Norwegian Childhood Diabetes was also presented.

(You will find the program HERE.) 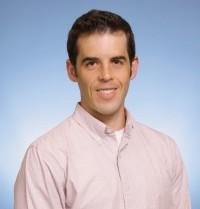 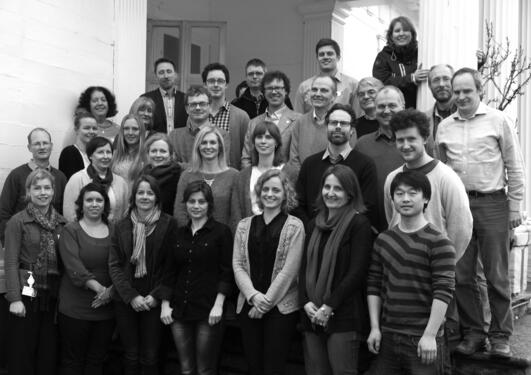 Twice a year the KG Jebsen Center for Diabetes Research is arranging a one-day seminar for all participants of the center. (The picture is from the scientific day in March 2014).