"I love studying and working in Norway"

Many people who consider studying in Norway wonder if it's easy to get a job while studying. We spoke to two students who told us what it's like to combine the two.

It's possible to combine studies with part time work in Norway, and students can work around 20 hours per week.
Photo:
Trond-Ole Husebø

It's a hot spring day in Bergen. The sun is shining, and 28-year old Md Shifat Ullah from Bangladesh is on his way to Brasilia restaurant in the city centre of Bergen, where he's working part time. This is one of several jobs Shifat has at the moment, and he really enjoys it.

«I work at the Brasilia restaurant, I have a part-time job in student politics and I also work at the organisation for International Students ISU», says Shifat. He has just finished his master’s degree in system dynamics at the University of Bergen (UiB).

He explains that he found it quite easy to get a job when he first came to Bergen.

«During my three years in Norway, I've had many different jobs. It wasn't difficult to get one either - it only took me seven days from when I first arrived».

Do you think it's busy working while you're also a full time student?

«Yes, especially when you have several jobs at the same time. But I enjoy being busy», he smiles.

Shifat explains that one of the benefits of working while studying is that you get to know a lot of people.

«When you're living in a different country for three years, it's important to have a good social life. Working here in Bergen has definitely been a good thing for me, and I have many friends here in Bergen now. My closest friends are Norwegian.».

Got her dream job

When 22-year-old Esther de Groot from the Netherlands had decided to study in Bergen, she immediately began to look for jobs.

«When I saw the job advertisement at Study Bergen, I thought it was meant to be. Study Bergen works with promoting Bergen as a student city. They needed someone who could write articles, make videos, take pictures and edit texts. I'm used to this, so I got the job», says Esther.

How much can you work?

The rules for how much students from abroad can work are stated clearly on the website of The Norwegian Directorate of Immigration, where you apply for a study permit.

«Students from countries outside the European Union can work part-time for up to 20 hours per week when a work permit is granted. In the summer, when you don’t study, you can work more», says Shifat. «If you're a student within the EU, the rules are quite similar».

No, Norway is not that expensive

Many people say that Norway is very expensive, but in Shifat's case, Norway was the cheapest option when choosing a country to study in.

«The cost of living is pretty expensive in Norway. But considering the fact that the university doesn't charge any tuition fees, the total cost of staying here as a student is altogether ok».

When not working or studying, Esther likes to have an active lifestyle with a lot of exercise. This was one of the reasons why she chose to study in Bergen.

«When I saw pictures from Bergen, the nature looked amazing. We don't have these kinds of mountains in The Netherlands. I did some research and saw that there were really good opportunities for hiking, rowing and other activities in Bergen», says Esther.

In a few days, Shifat returns to Bangladesh.

Are you going to miss your Norwegian friends?

«Many of my Norwegian friends will travel with me back to Bangladesh as a summer holiday for all of us, and I'm really looking forward to showing them my home country». 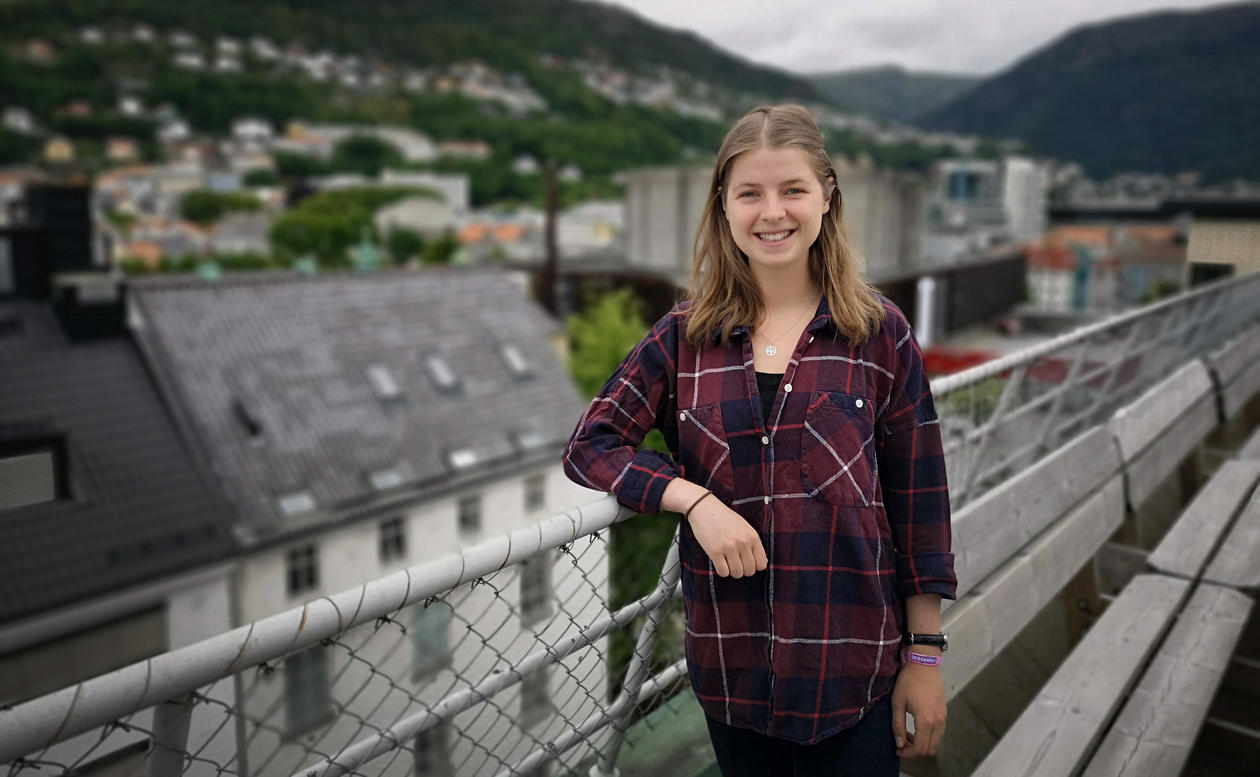 Esther from The Netherlands is enjoying her part time job at Study Bergen.
Photo:
Trond-Ole Husebø 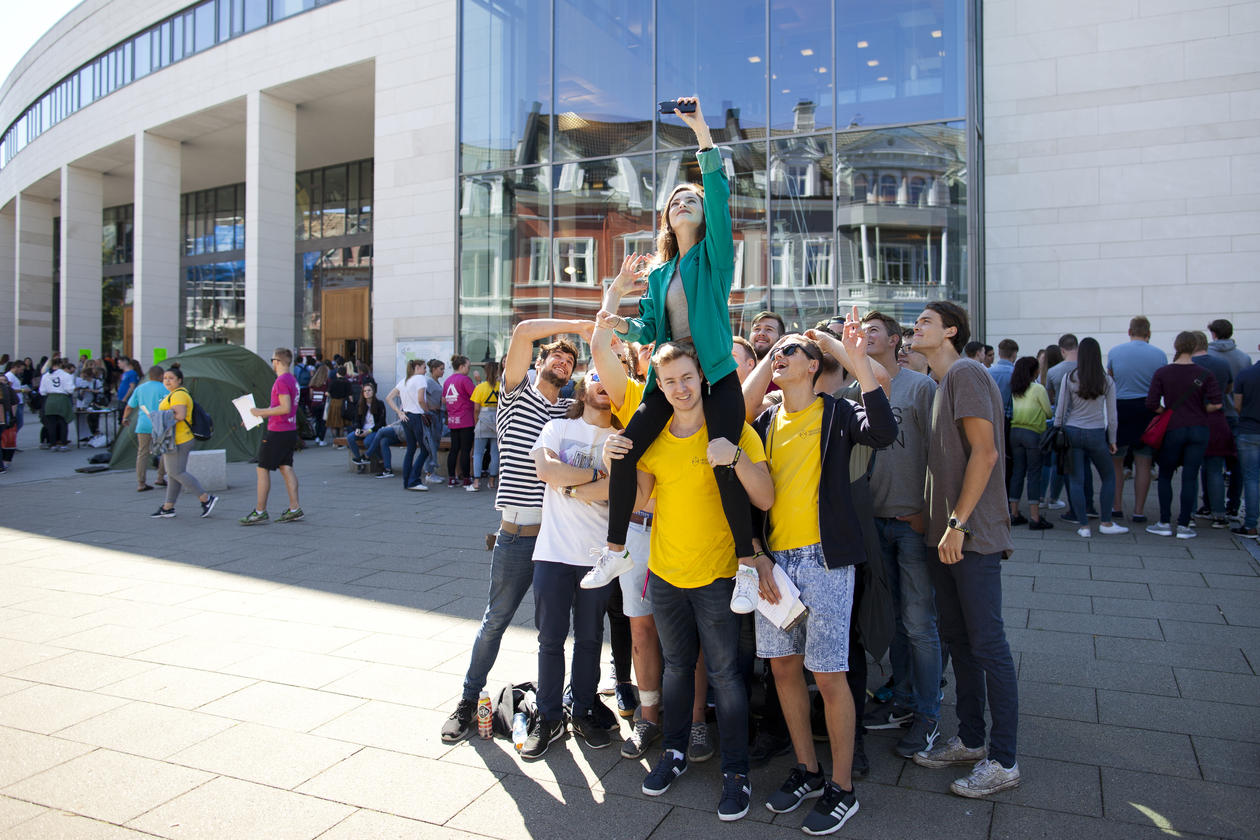 There are many ways to stay active and social during your studies. In Bergen you can choose between more than 100 different student organisations, depending on your interests.
Photo:
Emil Breistein
Learn more about coming to Norway to study 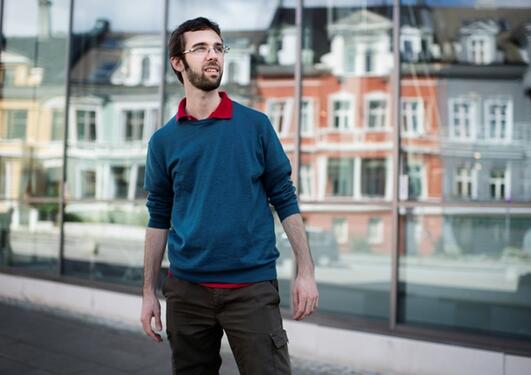 Are you considering studying in Norway? In that case, you don't have to worry about paying high tuition fees.