There was plenty of crash, bang and wallop when approximately 170 exchange students of varying abilities enjoyed themselves on the slopes during this year’s Ski Day at Eikedalen.

With an abundance of enthusiasm and eagerness, the students did their best to get to grips with the slippery ski slope, and thus began a steep learning curve.

Grete Mehling from Utdanning i Bergen , which arranged the ski outing, describes the level of the participants thus:

‘It varies from person to person. Some ski downhill in great style, while others find it difficult enough to get into their ski bindings.’

Each year, Utdanning i Bergen arranges a ski outing for all students. The students leave Bergen on buses, which take them straight to the ski slopes. Those who need to can hire ski equipment and get help to get started from a ski instructor before they set off down the slopes. The day wound up with dinner and après-ski at the Fantoft Club.

‘We hired ski and snowboard instructors so that everyone who wanted to could join in, regardless of their level,’ says the head of Utdanning i Bergen, Michelle Greene.

With good advice from the ski instructors, the aim of many of the students was to master skiing down the shortest run. But it was not necessarily downhill skiing that posed the greatest challenge of the day; the hardest part was actually getting to the top of the run.

‘The most difficult thing was to hang on to the ski tow,’ says Kana Takahashi from Japan, who is an exchange student at UiB. This was the first time she had tried snowboarding.

Takahashi has taken a break and discusses tactics with her instructor.

‘I feel that I’m slowly getting better at it,’ she says, and looks forward to the rest of the ski day.

The lower part of the ski slope is teeming with beginners. Some hit the slopes with their rear end, hands planted firmly in the snow and skis crossed. Nevertheless, it appears that the group is having lots of fun. Laughter, hollering and joyful shrieks can be heard for miles around.

The new ski enthusiasts recruited to the sport at Eikedalen on Thursday come from 40 different countries.

‘We have never had so many students on the slopes before. The reason for the high number this year is that we have planned for many students wanting to take part. We are really pleased with the trip, and everything went to plan. Many students have thanked us for a great day, which we appreciate, of course,’ says Ms Greene.

Snowboard instructor Mauricio Munera (26) has slightly better control of his board and spends the day teaching others. He himself was one of the students who tried snowboarding for the first time on Ski Day a few years ago:

‘I’ve wanted to give something back for what I learned back then, so that’s why I’m here as an instructor today,’ he says. Mr Munera is happy with his group’s enthusiastic attitude.

‘Everyone is in a good mood and trying very hard. There are lots of people who just take the plunge on the slopes without being afraid of falling, and that gives the quickest results,’ he says. 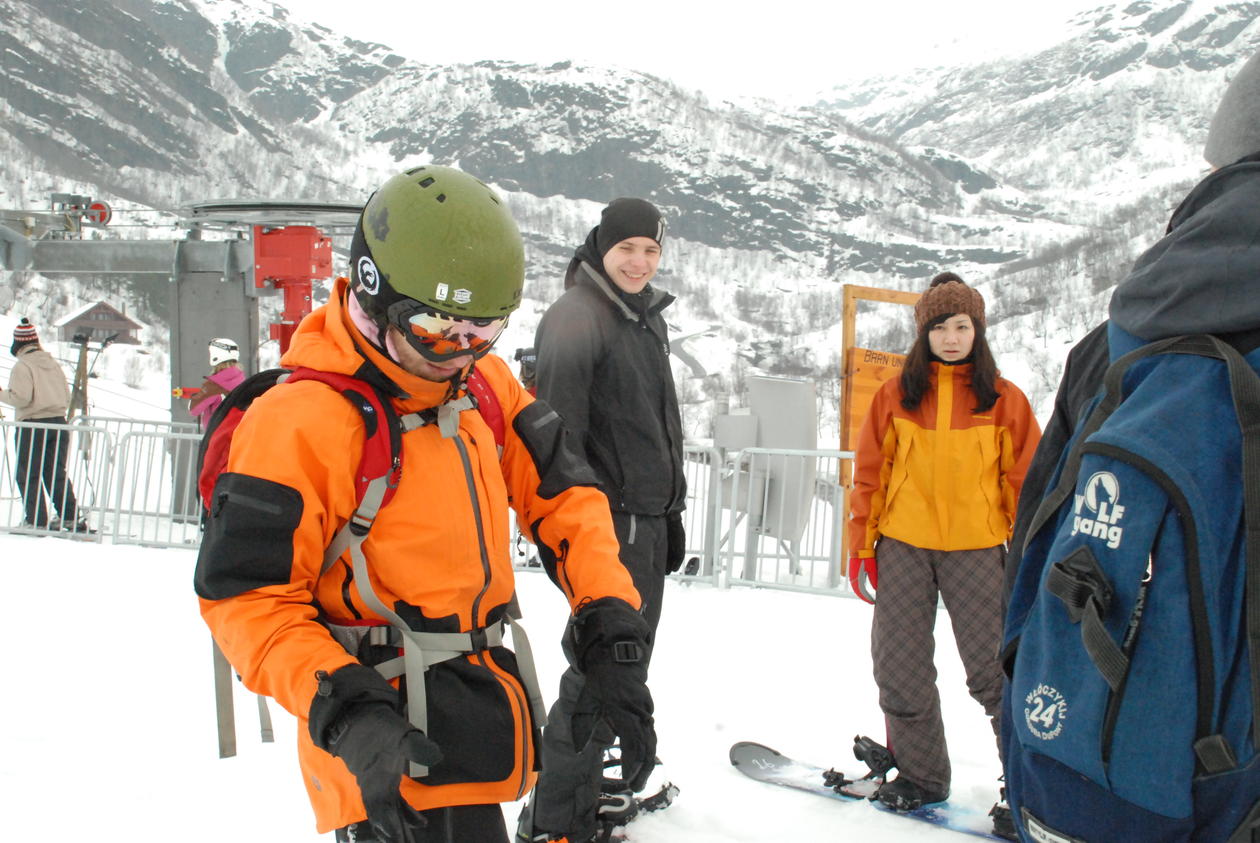 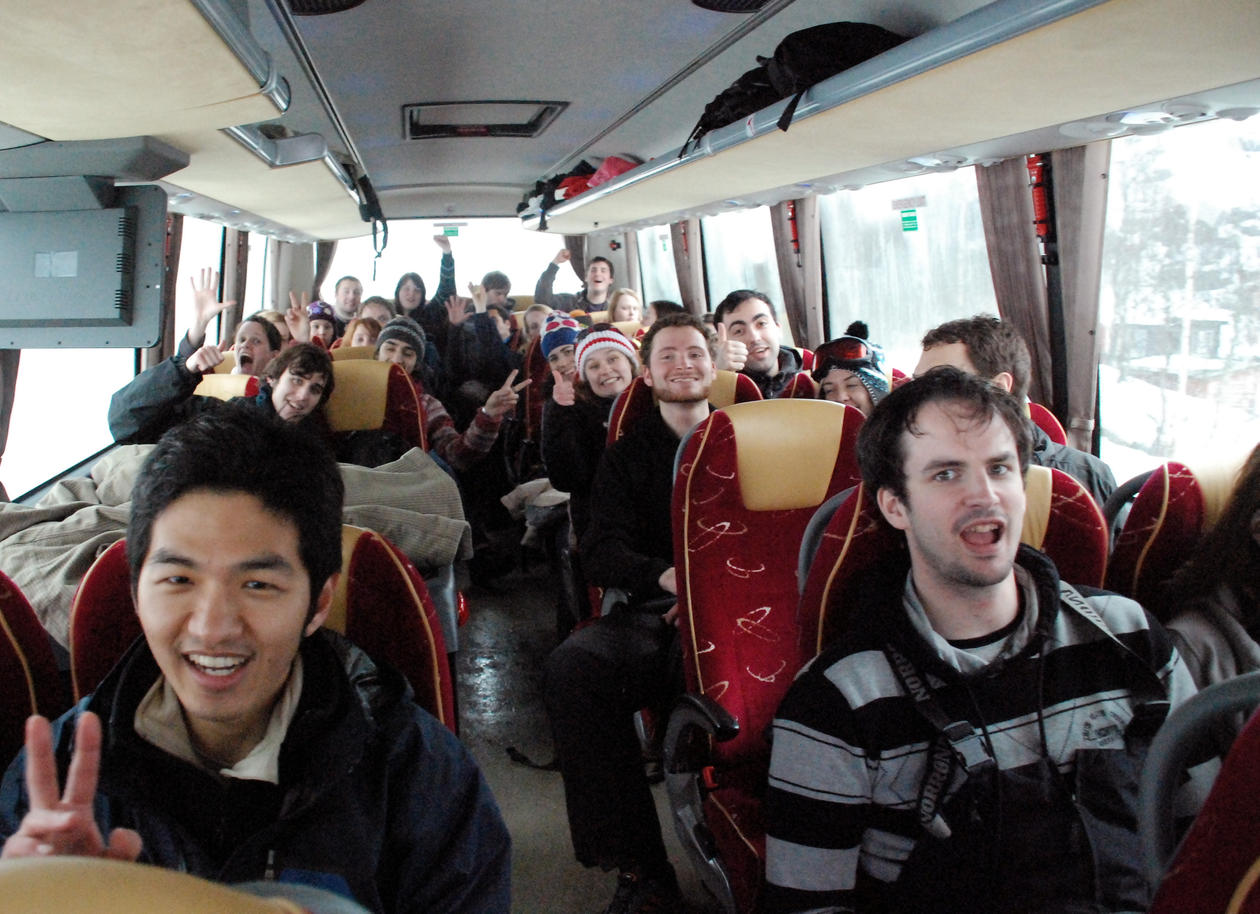 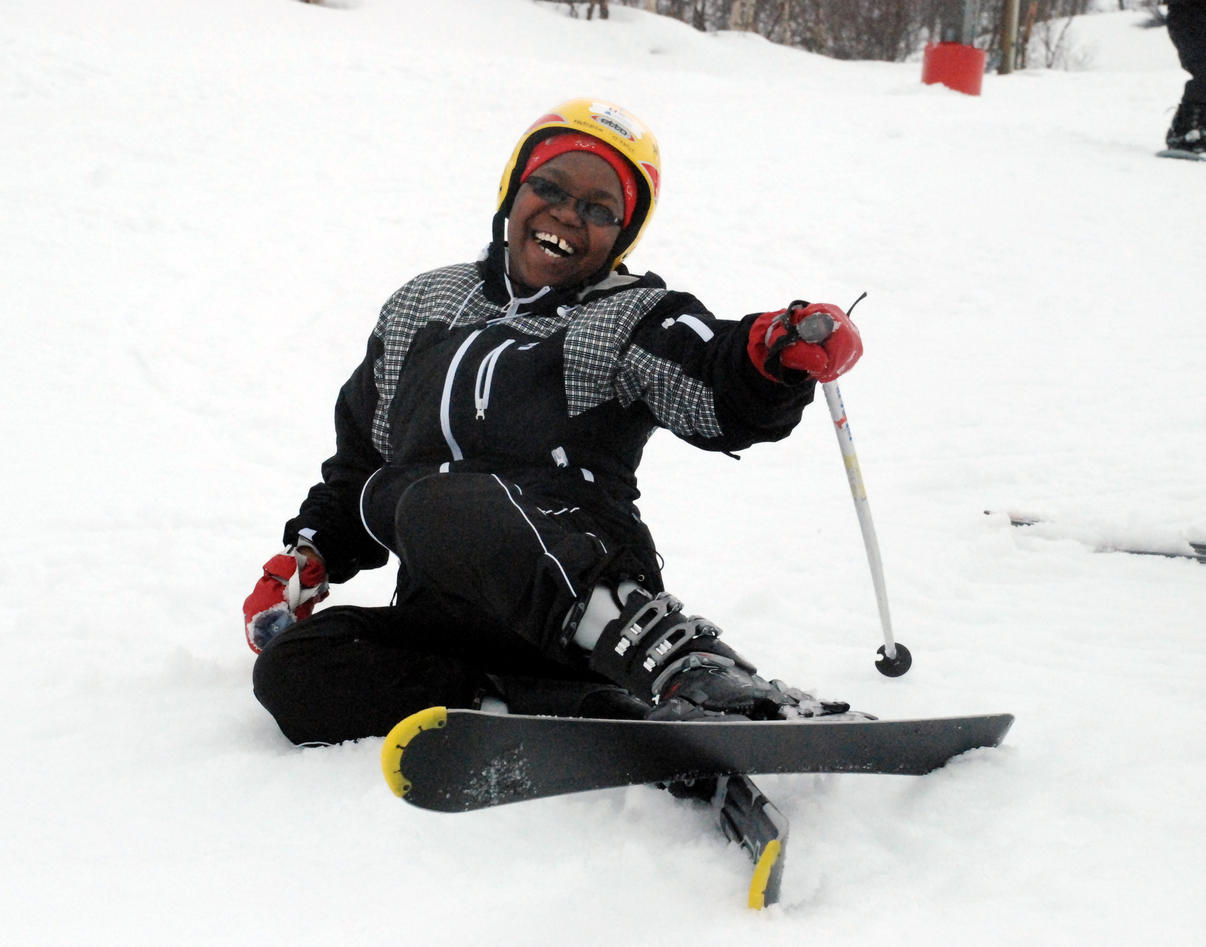 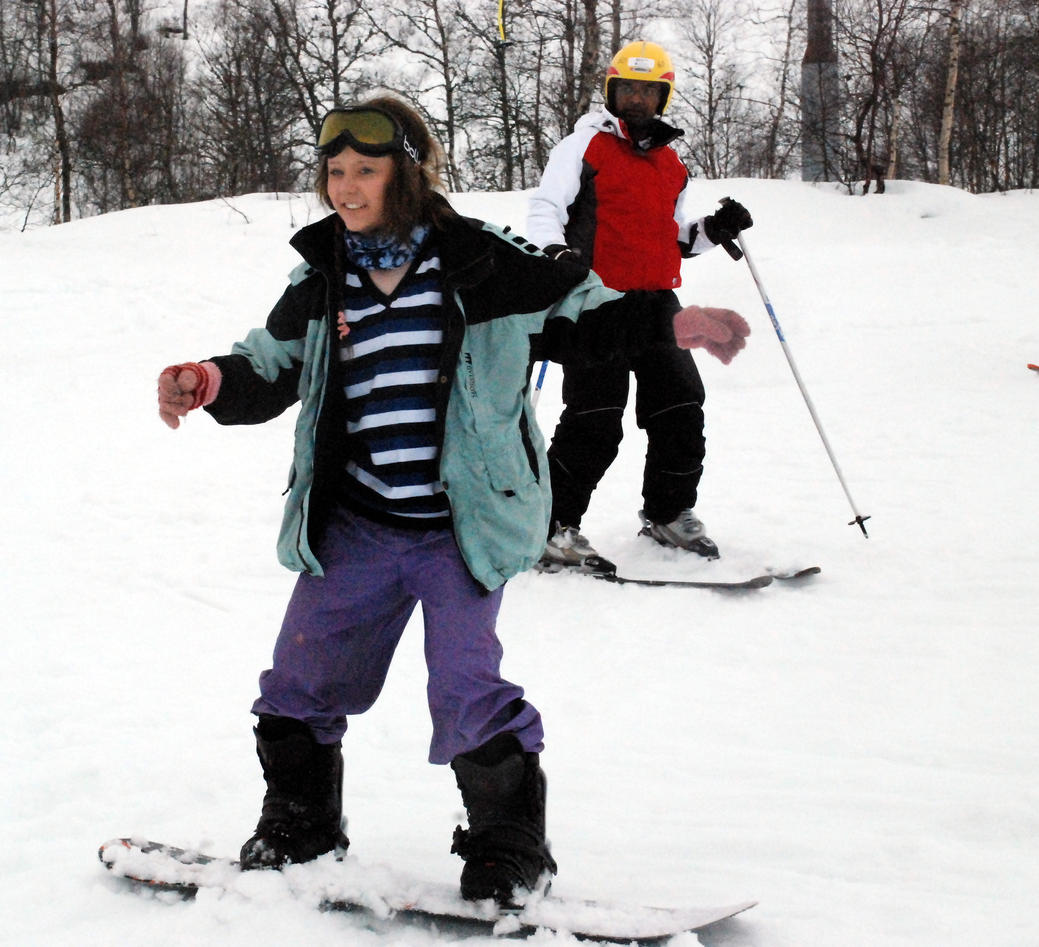