– It felt very natural for me to study psychology, Alessia says.

You can speak freely, even with the teachers. The ­students participate actively with questions during the ­lectures and we get new ideas and perspectives from each other in the discussion groups.

– I have always been interested in taking care of people and talking about their problems. The psychology student has been in Bergen for almost two semesters.

She is ­especially interested in cognitive psychology and ­neurosciences.

– These fields are well developed here in Bergen, she says.

She’s also been able to take courses such as ­Preventive Health Psychology and Culture and Psycopathology; Mental Health in a Cross-Cultural ­Perspective during her stay.

Alessia is also interested in music, and has included music therapy in her psychology degree.

The psychology students encounter varied teaching ­methods, with lectures, group discussions, lab work and even some practical activities at the university hospital.

– There’s a strong link between science and psychology, and I think it’s interesting that the approach to psychology is so medical in Norway, Alessia says.

She also emphasises the open environment.

– You can speak freely, even with the teachers. The ­students participate actively with questions during the ­lectures and we get new ideas and perspectives from each other in the discussion groups.

Alessia has also been ­following lectures at the master’s level.

– It’s a bit harder and I have to do a lot of reading, but it feels great to be able to adapt to that level.

The students often study in the library at the Faculty of Psychology.

– It’s a nice environment to work in, with good facilities and lots of books.

Alessia speaks of a well-organised welcoming week at the beginning of the semester.

– We were organised in groups and discovered the city ­together during the first week.

She also noticed the ­multitude of student organisations when she arrived.

– All the organisations were recruiting new members. ­
I play the violin and quickly found an organisation to take part in. There’s something for everyone.

– A good thing about Norway is that everyone speaks ­English so well. That means it’s easy to be a foreigner here, she says.

– I even found a part-time job here in Bergen! 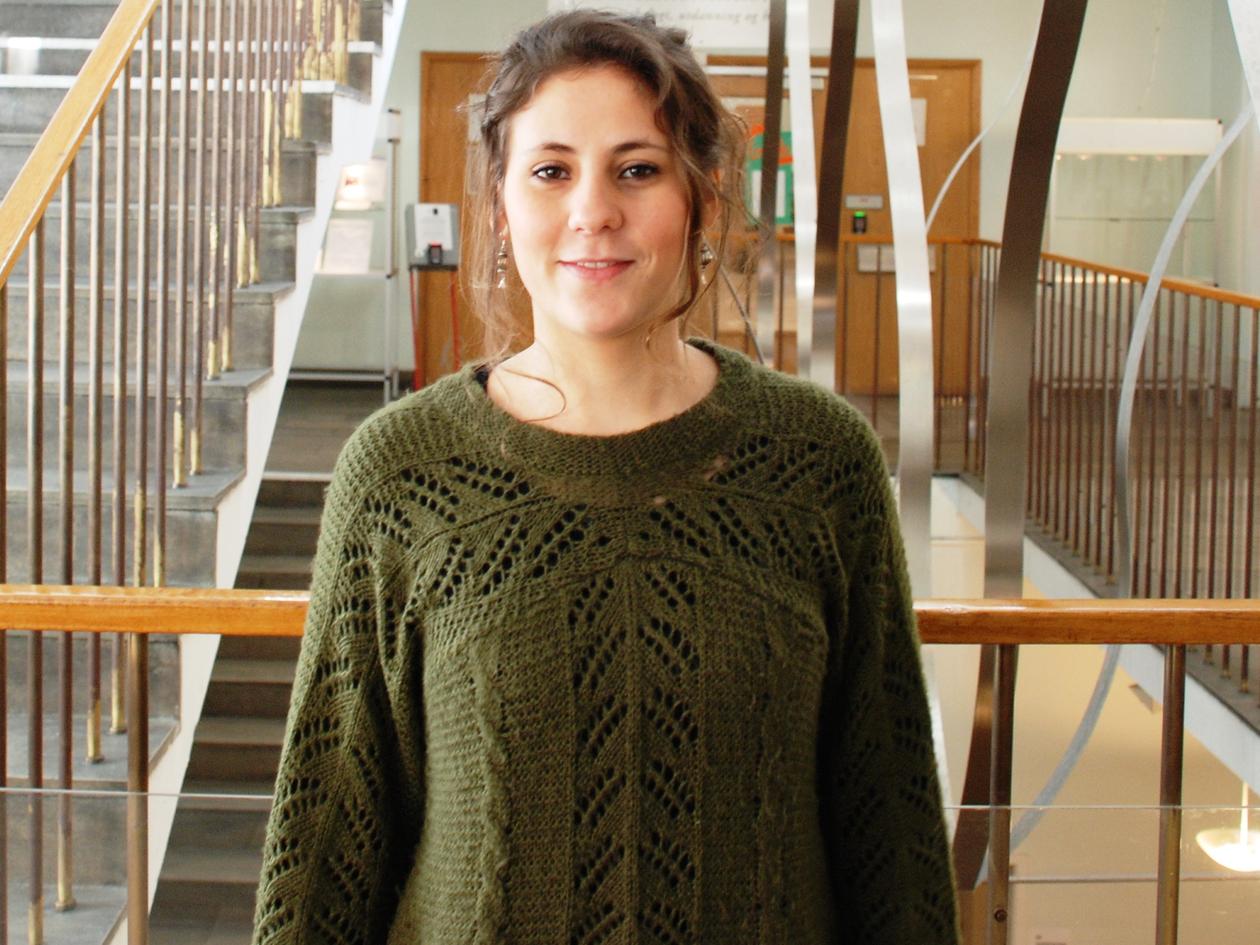