Kristine Domaas Klemetsen was one of the first graduates from the master’s programme in Energy at UiB. She wrote a master thesis about the wake effects at the Sheringham Shole wind farm, in cooperation with the company Aquiloz. Now she works as an Energy Engineer at GK in Bergen, contributing to large energy reductions in industrial buildings.

Tell us a little bit about your background?

I was from early on interested in the environment, climate change and renewable energy, and I found both a bachelor and a master program to suit my interests. I studied Energy Technology at Høgskolen i Bergen (now called Høgskolen på Vestlandet), where a course in energy sources resulted in a great interest in wind energy. With the Norwegian energy system in mind, I thought that wind energy was a natural choice for future development, as large scale hydro-power is already much exploited, and as the combination of hydro-power and wind power removes problems related to power production variations from wind farms.

With Norway’s long coast, great offshore wind measurements and exceptional offshore knowledge from the oil industry, I thought offshore wind power seemed to have the most potential. Also, with much of Europe depending on fossil fuel, the opportunity for Norway to operate as a “battery bank” and as a renewable energy exporter seemed a natural future prospect.

After writing a bachelor thesis on wake effects in offshore environments I was keen to learn more about wind energy, especially offshore.

What do you think of the program/what were your best experiences?

My class was the first to take the master program at UiB/HiB, so I suspect we got some extra attention. I`m not sure if the subjects I took in 2012/2013 are the same as students specializing on wind energy are taking today, but in my experience, the focus was set a little too strongly on meteorology and oceanography. I took most of my subjects with master students from meteorology and oceanography, and was missing a stronger focus on wind energy. This might have changed as the number of wind energy students (hopefully) increased (I was alone in this specialization). There was a small course (5 ECTS) on offshore wind that I greatly enjoyed, and I hope this is still offered. The two energy courses ENERGI200 and ENERGI210 were quite general, and had more focus on fossil fuels than I would prefer. The faculty was very helpful when it came to finding a company to take in a master student and to co-supervise, this I was grateful for.

Could you tell us a little bit about your master thesis?

The subject of wake effects was almost randomly given to me and my classmates from the company we wrote the bachelor thesis with/for (GexCon AS at Fantoft in Bergen). The subject was so interesting that I also wanted to focus my master thesis on it. My master thesis entitled “Wake effects at Sheringham Shoal offshore wind farm” let me work with real data measurements from the offshore wind farm. I was comparing the wake effects found in the dataset from Sheringham Shoal to a well-known wake model (Larsen model). During the work it became clear that the available dataset from Sheringham Shoal did not have enough measurements (the dataset was only for 8 months) to properly validate the model, but the wake effects are clearly seen in the dataset. Understanding wake effects is very important when designing the layout of a large windfarm, especially offshore, as it can result in a great loss of power production if not properly considered.

(A “wake” is the area behind a wind turbine that has decreased kinetic energy, and increased turbulence. When the wake from one turbine hits another nearby turbine the power production of said turbine will decrease, as wind speeds are lower, and the increased turbulence will result in more fatigue, and thus added maintenance costs and possibly shortened lifespan.)

Most importantly: which advice you would give to the current students at UiB/HiB?

My best advice to current students would be to fully exploit the knowledge and resources at hand at the faculty, and to think thoroughly when choosing a topic for the master thesis. One year is a long time spent on one topic. I decided to write my thesis in cooperation with a company, something I am very glad about, and can recommend. Writing with a company is a great way to create a network, and may even lead to a job. Last, and perhaps obvious, advice would be to start applying for jobs long before graduation, and apply for relevant summer jobs if possible.

After searching for a job for quite a while, I found my place at GK in Bergen, as an Energy engineer. I am mostly working with mapping energy consumption in industrial buildings, and counsel owners on how to reduce their energy consumption, often through “Energimerking”. I also often preform an Energy assessment (“Energivurdering”) of ventilation and cooling units, and in newly planned buildings I make sure that the building upholds current energy demands (set by TEK10/TEK17) and advice on how to reach these demands.

Has the master in energy at UiB been useful in your job? How so?

Not directly, but experience with independent work, writing reports, long-term assignments, presentations and so on will always come in handy.

Would you recommend others to work with energy? Why?

Of course! To me, it is very rewarding to have the opportunity to contribute to energy reduction in industrial buildings. The potential is at times surprisingly high. Every kWh saved by energy efficiency, or produced by new renewable energy, is a step in the right direction. I hope there will be a demand for people educated in energy for many decades to come.

How do you picture the energy future?

I expect to see a great demand for renewable energy in the future, not only as electricity will be produced from renewables instead of fossil fuels, but also as the transport sector changes to battery/hydrogen/bio-fuel. I think energy storage in batteries (for homes and low consuming/short distance transportation) and hydrogen (high consuming/long distance transportation) will play a big role in the future. Energy efficiency has a great potential to reduce the average energy consumption, and will probably be even more focused on in the future. Nuclear power production with Thorium as “fuel” instead of Uranium may also be a part of future power production. 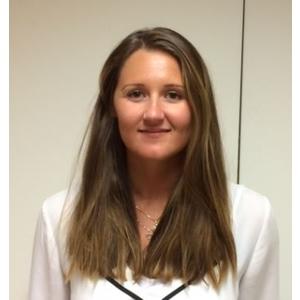