Biomass for energy: Potentials and sustainability

Did you know that the potential biogas resources in Hordaland amounts to about 240 GWh? That pellets can be used instead of coal in thermal power plants? Or that there is a biogas plant in Rådalen converting sludge into about 25 GWh of fuel quality bio gas per year? If you already knew this, you probably attended the Bergen Energy Lab half-day seminar on bioenergy on the 26th of October. If not, you should continue reading and take a look at the interesting presentations below.

The half-day seminar on bioenergy featured six very interesting presentations focusing on the potential for and sustainability of biomass for energy.

Einar Aalen Hunsager from Hordaland County Council opened by explaining the potential biogas resources in Hordaland, where it can be used and the potential for further development. The largest single biogas resource, with a potential of 95 GWh, is from branches and tops. They constitute 25 % of tree felling, are not used for anything today, and could rather be used to for example replace natural gas usage in marine or heavy-duty transport.

There are about 1 billion cubic metres of forest in Norway today, and it is growing with about 26 million cubic metres per year. According to Simen Gjølsjø from the Norwegian Institute of Bioeconomy Research (NIBIO), the yearly harvest is only about half of this growth.  About 14 TWh of bioenergy is used in Norway per year, and there is a goal to increase this towards 2020 and 2030.

In December 2016, the biogas plant in Rådalen, Bergen was finished.  Kristine Akervold from the City of Bergen (Bergen Kommune) explained how the biogas plant works, as well as the process of how they can convert sludge into fuel for public buses in Bergen.

After a quick coffee break, Camilla Løhre, researcher at the Department of Chemistry at the University of Bergen spoke about pellets instead of coal in thermal power plants. She spoke about Arbaflame, a company that offers to transform a fossil-fueled power plant into a renewable one in just four months. Arbaflame uses a black pellet that shares many of the same properties of coal, called Arbacore. These pellets can be produced from biomass through steam explosion, and can reduce CO2 emissions in formerly coal-fired power plants by more than 90%.

Thomas Hansen is the director of Renewable Energy at Smart Fuel AS, a subsidiary of St1 Nordic Oy. Last fall, St1 signed a letter of intent with Viken Skog SA and Treklyngen Holding AS, to construct a plant for producing high quality bioethanol in Norway. It is the first of its kind in Norway, and will be able to produce 50 million liters of bioethanol for transport use every year.

Dorinde Kleinegris is a senior researcher at Uni Research Environment, focusing mainly on industrial applications of microalgae. Microalgae can be used for example for feed for aquaculture, food products and chemicals, but there is a large gap between the microalgae and the finished commodities. Through her research, Dorinde is trying to reduce costs and increase the scale of microalgae production, which are crucial if microalgae is going to be a success.

Pellets instead of coal in thermal power plants - Camilla Løhre, University of Bergen 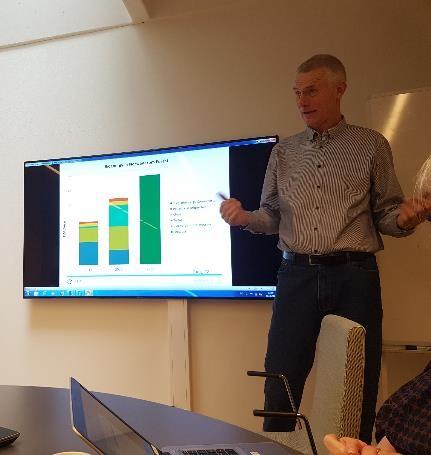 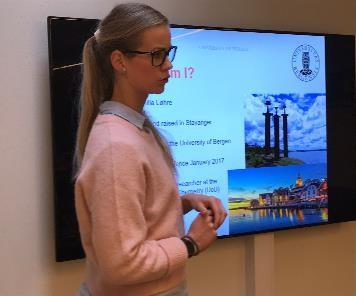 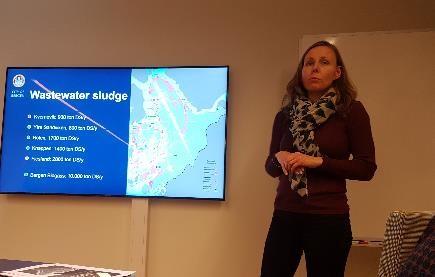