On the 30th of January, Karoline Ullaland Hove from Greensight gave an update for the Bergen Energy Lab on the status of renewable energy and technology on a global and a local scale.

Karoline has a master’s degree in Renewable Energy Development from the Heriot-Watt University on the Orkney Islands, where she wrote her master thesis on the commercialisation of wave and tidal energy. Currently she works as an energy analyst for the company Greensight, an analysis/consultancy company working for a faster green transformation of the society.

Costs of renewable power generation are falling, much of it driven by technological improvements, competitive procurement and experienced project developers. In 2016, investments in renewable generation capacity were 241.6 billion US dollars, falling from 312.2 billion USD in 2015. Despite the lower investments, the reduced costs of renewables means more capacity is added for each dollar invested. Solar and wind have had a massive growth in recent years, and stood for the majority of investments in 2016. Despite this growth, renewable electricity (including hydropower) accounts for only about 25 % of the global electricity production and even less when talking about final energy consumption.

Batteries are cheaper than ever, dropping from about 1000 $/kWh in 2010 to 209 $/kWh in 2017, and quickly approaching the tipping point of 100 $/kWh. In Australia, Tesla installed the world’s largest battery last year with a charge/discharge capacity of 100 MW and the possibility to store 129 MWh. The battery has already proved valuable, and responded in record time to restore the frequency in the grid after a failure in a coal-fired power plant. Even though the coal-fired power plant was about 1000 kilometres away, the battery responded in only 140 milliseconds. With the falling battery prices, one might see batteries in the European power system in the coming years, especially as the share of variable renewables as solar and wind are increasing.

Karoline then shifted focus to Norway, and what is happening on a local scale. Norway has unique hydropower resources, and the power system is already almost fully renewable. However, the share of renewable energy in gross final energy consumption in Norway was 69.4% in 2016. This is of course already very good, but there is potential to do more.

A lot of effort is put into the transport sector. The uptake of electric vehicles is increasing, a hydrogen filling station was officially opened in Åsane last month, and electric and hydrogen ferries are soon coming to Norwegian fjords.

If you would like to stay updated on what is happening within renewable energy, please subscribe to Greensight’s series of reports called “Grønn Innsikt”. The report, written in Norwegian, is published every quarter and aims to keep people updated on the most important trends in the “green shift”. 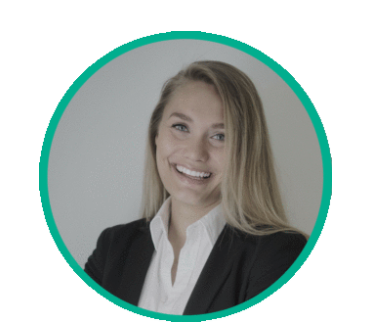