Can placing wind turbines on top of tidal turbines help reduce the cost of energy from marine renewables?

Dr. David Lande-Sudall is a Research Fellow at the Western Norway University of Applied Sciences (HVL), working with marine engineering research in the 50m-long MarinLab towing tank. In a joint Bergen Energy Lab and Maritime Bergen lunch meeting, David talked about how co-location of offshore wind and tidal stream turbines can reduce the cost of energy from marine renewables. David also gave a guided tour to the MarinLab towing tank, where both industry and academia can test new ship designs, maritime equipment or marine renewable energy technologies concepts.

Cost is one of the main drivers for the commercialisation of renewable energy technologies. A frequently used term is the levelised cost of energy (LCOE), often used as a measure to compare the competitiveness between various energy generating technologies. The LCOE is a measure of the cost per kilowatt-hour to build and operate a plant over its financial lifetime, discounted to its present value (see the fact-box to the right for a more in-depth explanation).

In his presentation, David focused on two ways of improving the LCOE of tidal stream arrays; reducing the investment cost (CAPEX) or maximising the energy yield.

Reducing cost of energy by co-location

In his presentation, David focused mainly on two ways of improving the LCOE of tidal stream arrays; reducing the investment cost (CAPEX) and maximising the energy yield. According to David, placing a wind turbine on top of a tidal stream array could achieve both. This would increase the power output of the structure and at the same time make it less variable. It would also reduce the complexity, allowing shared support- and infrastructure with the aim to reduce the capital cost of investment.

In his work, David modelled both the energy yield and the extreme loads on the structure. He looked at three main configurations: a tidal turbine on its own with a very small tower, a tidal turbine with a large tower, and finally multiple rotors on a shared support structure.

David’s results show that co-location results in a lower LCOE in comparison to a tidal array alone. One could achieve cost savings of more than 10 % compared to installing tidal turbines only, and increase the energy yield by at least 12 %. However, co-location will also increase the peak loads significantly. In the case of using a two-rotor configuration with a shared support structure, the peak loads increased by as much as 65 %. Although the load is much larger, a support structure to withstand those loads could be manufactured.

The MarinLab towing tank is a 50-meter long laboratory for testing marine vessels and renewable energy devices. It has an Edinburgh Designs force-feedback wave maker, and a towing carriage with a maximum speed of 5 m/s. In addition, HVL also has a lot of infrastructure for in-house model manufacturing, such as a 3D-printer for quickly making prototypes to test in the tank.

Students on the joint UiB/HVL energy master have the opportunity to work in the MarinLab through their master thesis projects. The tank is also available for commercial hire. If you are interested in accessing the MarinLab, contact either Dr David Lande-Sudall or Dr Glora Stenfelt. You can find their contact information on the website of the MarinLab here.

Read more in David's presentation below

A simplified equation of LCOE is shown below.

The equation shows the relation between the original investment (I0), the yearly O&M expenditures (A) and the yearly electricity generation (M) summed over the (n) number of years the plant is expected to be operating. (k) is the individual years within this period and (ir) is the interest rate. This is a simplified equation, the real LCOE would also take into account the decomissioning cost of the plant and the expected inflation.

LCOE-estimates of various renewable technologies can be found in this report. (See figure 2.1 on page 34) 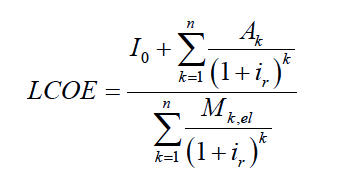 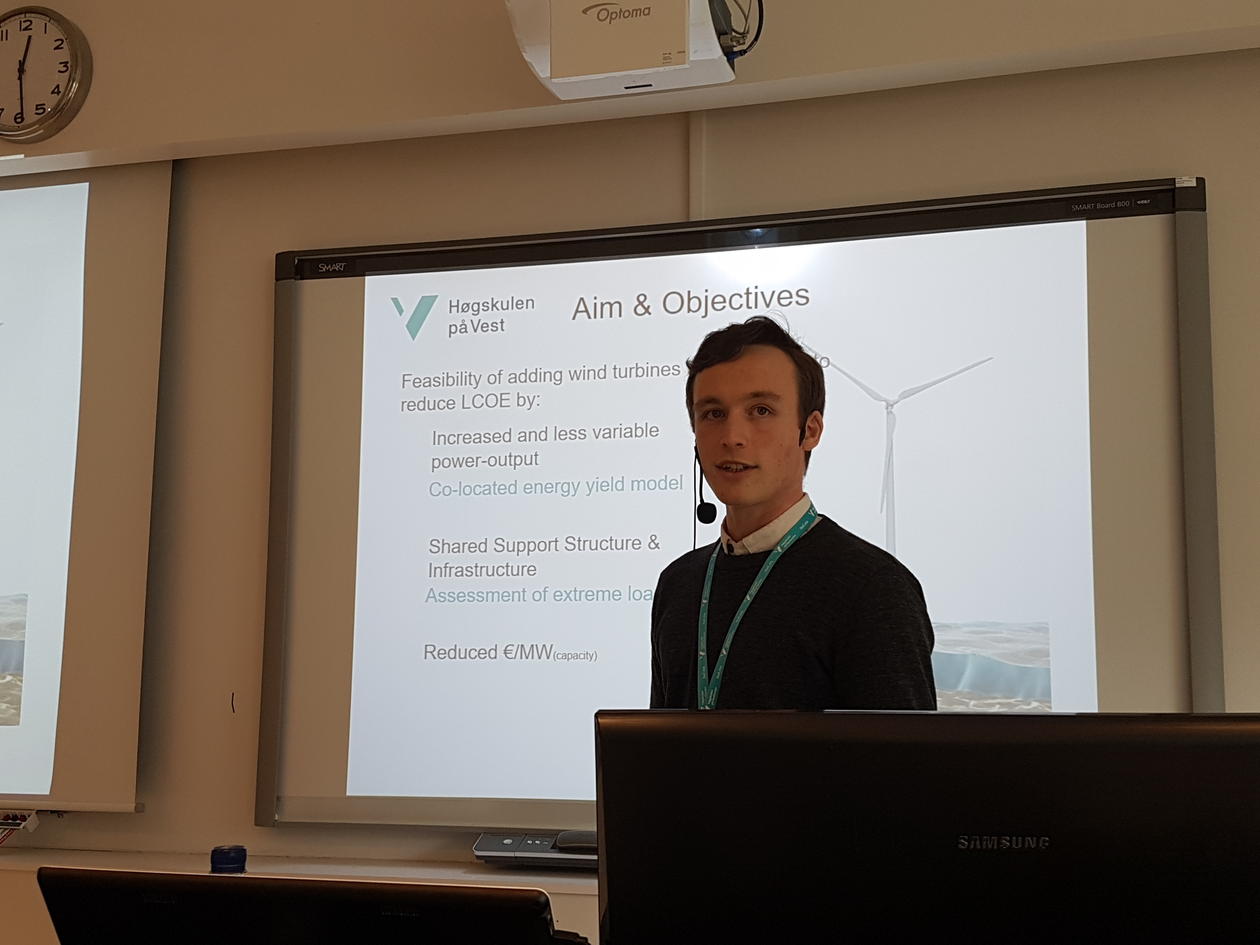 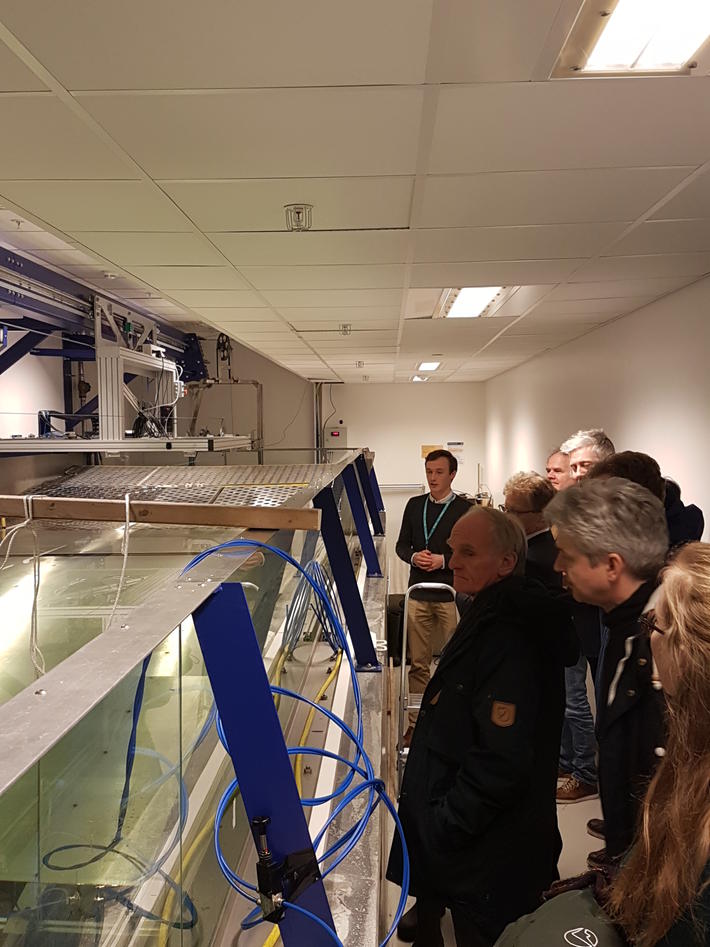 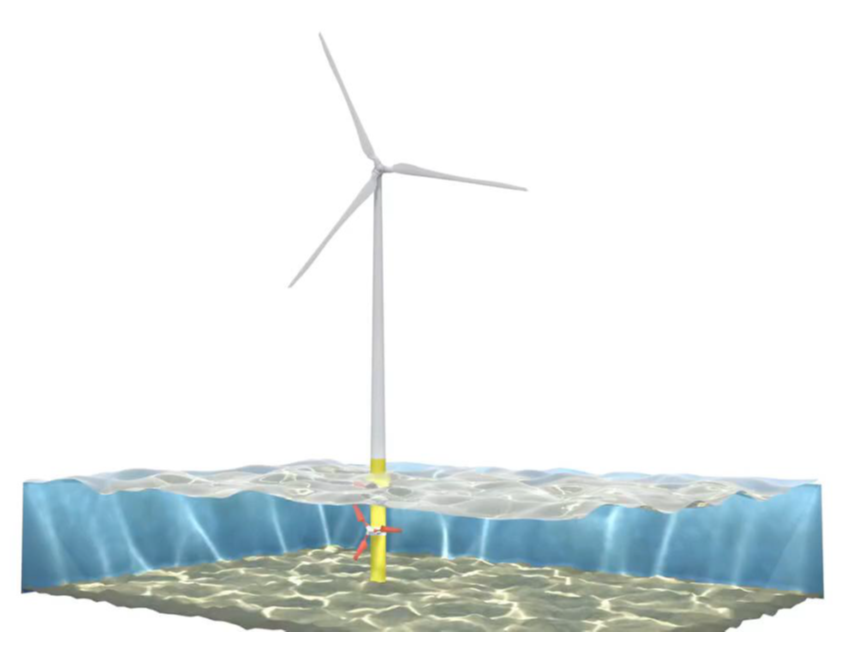