Tjalve Magnusson Svendsen is a researcher at Prototech AS, a company in the Christian Michelsen Research group focusing on prototype development and with 25 years of experience within research, development and testing of hydrogen and fuel cell technology. On the 13th of March, Tjalve held a presentation for the Bergen Energy Lab on fuel cells and hydrogen in maritime applications.

What is a fuel cell?

A hydrogen fuel cell is an electrochemical unit that produces electricity from hydrogen and oxygen. There are several types of fuel cells capable of operating with various fuels, and for various applications. Common to them all is that they consist of an anode, electrolyte and a cathode.

The general operating principle of a fuel cell is rather simple (see figure to the right of a Proton Exchange Membrane (PEM) ufel Cell), and consists mainly of two chemical reactions. Hydrogen (H2) enters the fuel cell at the anode, where it is oxidised by a catalyst. This turns the hydrogen molecule into positively charged hydrogen ions (H+) and negatively charged electrons (e-). The ions then travel through the electrolyte, which is designed so that the ions can go through it, but not the electrons. The electrons are therefore forced to take the route through an external wire, thus generating an electric current. Finally, the electrons and hydrogen ions meet each other at the cathode, where they react with oxygen to create water.

Among the many fuel cell technologies available, Proton Exchange Membrane (PEM) and Solid Oxide Fuel Cells are the most relevant for maritime applications.

According to Tjalve, the maritime sector is an obvious case for electrification and one that has a huge potential to significantly reduce energy consumption, emissions and total cost of ownership. This “electric revolution” has already started in Norway, represented by the world’s first battery-powered ferry, Ampere, being launched as early as in 2015. Furthermore, through a successful ferry-tender in 2016, the Hordaland county council was able to cut CO2 emissions by about 90 % and reduce energy consumption by about 65 % on 17 ferry connections.

The same development approach has now been initiated for hydrogen car ferries. The Norwegian Public Road Administration has launched a contract for use of minimum 50% hydrogen for a car ferry in the Hjelmeland-Nesvik-Skipavik crossing, to be set in operation from 2021. In addition there are several ongoing pilot projects under development in Norway.

Fuel cells and batteries are complementary technologies, and are both needed to achieve an emission free maritime sector. For example can fuel cells be able to provide a zero emission alternative for energy intensive applications where there is a limited time or access to charging facilities for batteries.

The advantages of using fuel cells are many, including low weight, fast "charging", no significant noise or vibrations, low complexity, high level of redundancy, high part-load efficiency and a low energy consumption with electrical efficiencies of about 50-65 % and the possibility of utilising rest heat to further improve the overall efficiency. However, the cost and lack of infrastructure for hydrogen as a fuel remains a barrier for widespread implementation. In addition, the fuel cell technology has to be optimised and further adapted to maritime applications.

Read and learn more about hydrogen and fuel cells for maritime applications in Tjalve’s presentation below, including the very interesting Hydrogen Viking project where the world’s first luxury yacht powered by hydrogen is developed. 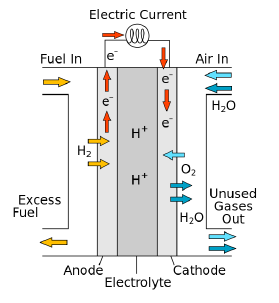 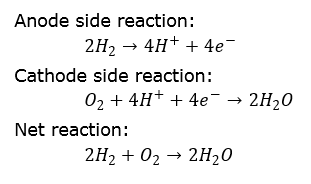