The Political Thinking of Hannah Arendt

NB! The seminar will be held in the seminarroom at the ground-/first floor, Sydnesplassen 12/13 the hole semester! Open course at the Department of Philosophy, autumn 2016.

Since the 1990ies, we have experienced internationally an increased interest in the writings of Hannah Arendt, both as a philosopher and a political theorist. She is, so to speak, a thinker whose effect-history is in the making. Her political thinking cuts across several traditional oppositions such as communitarianism/liberalism, radical/conservative, modernist/anti-modernist and even left and right. Her investigations of political freedom and participatory democracy, as well as her critical discussion of modernization-processes and consumer society, have been subject to many productive re-readings, and we have today a steady stream of literature where Arendt’s thinking is applied to current political problems and events, such as the situation of stateless refugees and illegal immigrants, the widespread disenchantment with representative democracy and political elites, as well as movements like Occupy and the Arab spring, just to mention some.

Arendt is somewhat unusual as a political thinker in that she does not offer a blueprint for an ideal society or theoretical justifications for various institutions, nor any analyses of the mechanisms that make society function. Arendt does not approach the political through the goals of politics, relations of domination, nor different institutional frameworks, but first and foremost as a specific type of activity and a specific kind of experience. She provides a phenomenological description of what it is like to engage in political activity from the agents’ point of view, and she offers a re-description of both traditional philosophical concepts of personhood and identity and ”the human” as well as political concepts such as ’power’, ’the public’, ’action’ and ’freedom’.

This course will start with going through and discuss her description of the basic conditions of human existence in the book The Human Condition, and from there go on to investigate her more explicitly political concepts such as pluralism, publicness, freedom, power and civil disobedience, though various articles and excerpts from other works.

In October, week 40 (03.10, 06.10 and 07.10) we will have as part of the course an intensive seminar with Professor Anat Biletzki focusing on Hannah Arendt and human rights. Anat Biltezki is professor of philosophy at Tel Aviv University and Quinnipac University, and a board member and former chair of B’tselem, an Israeli human rights organization that specifically addresses the human rights of Palestinians in the occupied territories.

“Clichés, stock phrases, adherence to conventional, standardized codes of expression and conduct have the socially recognized function of protecting us against reality.”

“Action, as distinguished from fabrication, is never possible in isolation; to be isolated is to be deprived of the capacity to act.”

“Power and violence are opposites; where the one rules absolutely, the other is absent. Violence appears where power is in jeopardy, but left to its own course it ends in power's disappearance.”

“The new always happens against the overwhelming odds of statistical laws and their probability, which for all practical, everyday purposes amounts to certainty; the new therefore always appears in the guise of a miracle.”

“Economic growth may one day turn out to be a curse rather than a good, and under no conditions can it either lead into freedom or constitute a proof for its existence.” 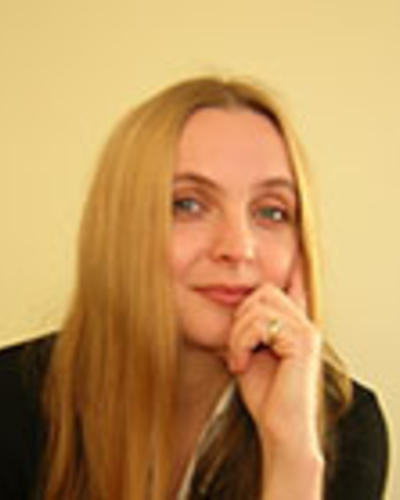