Andreas Hejnol, is head of the «Comparative Developmental Biology of Animals» group, which is one of eight research groups at the Sars Centre. The group recently learned that they have been awarded two prestigious Marie Skłodowska-Curie Innovative Training Network Proposals (ITN).

Based on these, the group will participate in two international research networks, IGNITE and EvoCELL, for the next four years.

The two networks will start their work in January 2018. Hejnol's group at the Sars Centre will receive a total of EUR 640,000 in EU funding via the grants.

IGNITE and EvoCELL consist of fifteen and nine multidisciplinary partners, respectively, from European institutions and companies. A PhD post will be established for each partner in connection with the project. The two groups' themes overlap to some extent, with evolution being the overarching keyword.

"Our candidates get to know other outstanding doctoral research fellows, who are usually at the same stage of their career, while also gaining a network of more experienced researchers and heads of groups across Europe," he says, adding that:

"Another major benefit of the Marie Curie programme is that business companies are directly involved in the networks. Having such contacts is important for PhD candidates. It creates opportunities when it comes to taking other paths than academia and there is currently an increasing focus on recruiting researchers in the business sector."

Hejnol believes that gaining such grants is important for UiB as an institution.

"These sorts of networks strengthen our international ties. This in turn can boost things such as recruitment, since researchers, centres and doctoral research fellows from across Europe can learn about UiB and Sars, and the work we do," says Hejnol.

He therefore advises more centres and research groups at UiB to apply to become part of such a network. The deadline for applications for the next round of announcements is 17 January 2018.

You can learn more information about ITN and other opportunities for getting EU support for research and innovation at the Horizon2020 Kick-off conference, which will take place on Tuesday 31 October. You can also find an overview of the opportunities available via Horizon2020 on the Research Council of Norway's website.

"Participation offers many benefits. We receive funds to take part in exciting research projects and for a PhD post. If, for example, you want to apply for an ERC grant, being able to show that you have won prestigious grants before is also an advantage," says Hejnol.

The needle's eye is very narrow, but Hejnol has a number of good advice for UiB researchers who want to apply for ITN.

"When you apply to join such a network, a solid background of previous projects and publications is an advantage. Furthermore, you need to illustrate that you have a clear plan for training new researchers. It is also important to have a future-oriented vision and to explain why we need more PhD posts in the field in which we wish to carry research. There is a strong emphasis on this in our applications," says Hejnol.

He also believes it is important to highlight that one of the focuses will be disseminating the results of your research to the general public outside academia. One example of this is how the EvoCELL network will be producing a museum exhibition on the development of cells.

"The research and dissemination adhere to academic standards, but it is also important that your findings reach the rest of society outside academia," says Hejnol.

Hejnol's group at the Sars Centre is also involved in other exciting research. In 2015, Hejnol won a Consolidator Grant from the European Research Council (ERC).

Using this EU grant, Hejnol intends to discover, among other things, how human muscles, veins and kidneys evolved by studying the foetuses of animals such as ribbon worms, priapulid worms, rotifers and flatworms.

"We are attempting to reconstruct the early evolutionary features of these cells. This will give us answers to how human organs evolved and the similarities they share with other species," says Hejnol, before revealing that an exciting publication can be expected from the group in the near future. 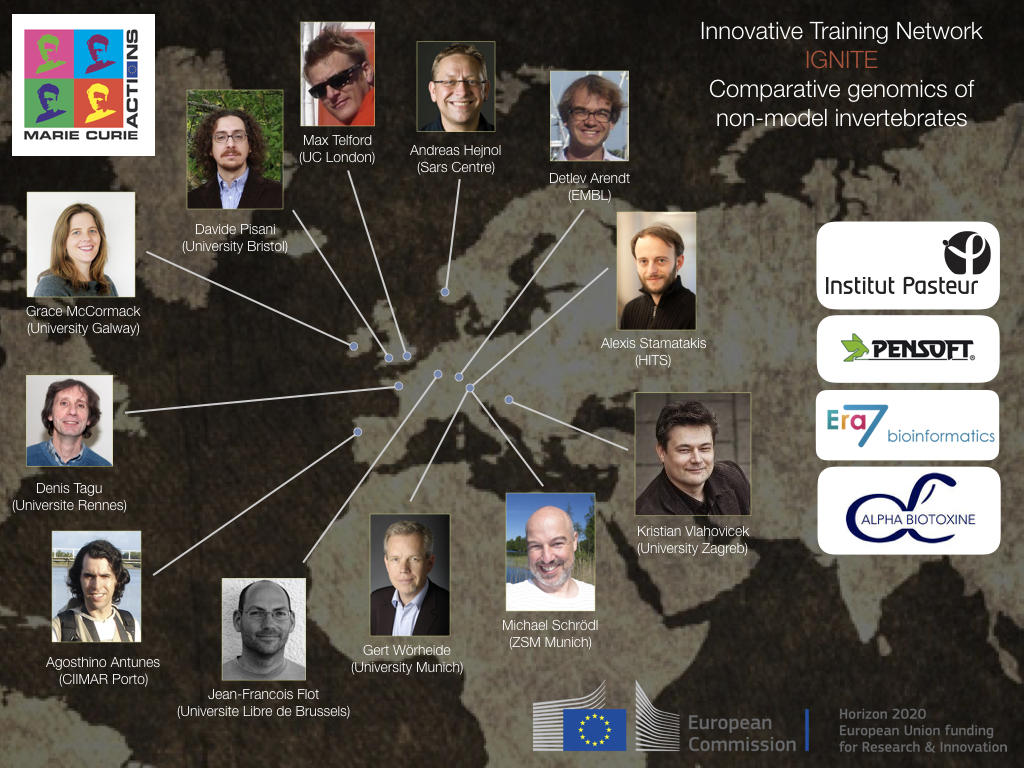 The IGNITE-network will do research on invertebrates, i.e., animals without a backbone, the next four years.
Photo:
IGNITE 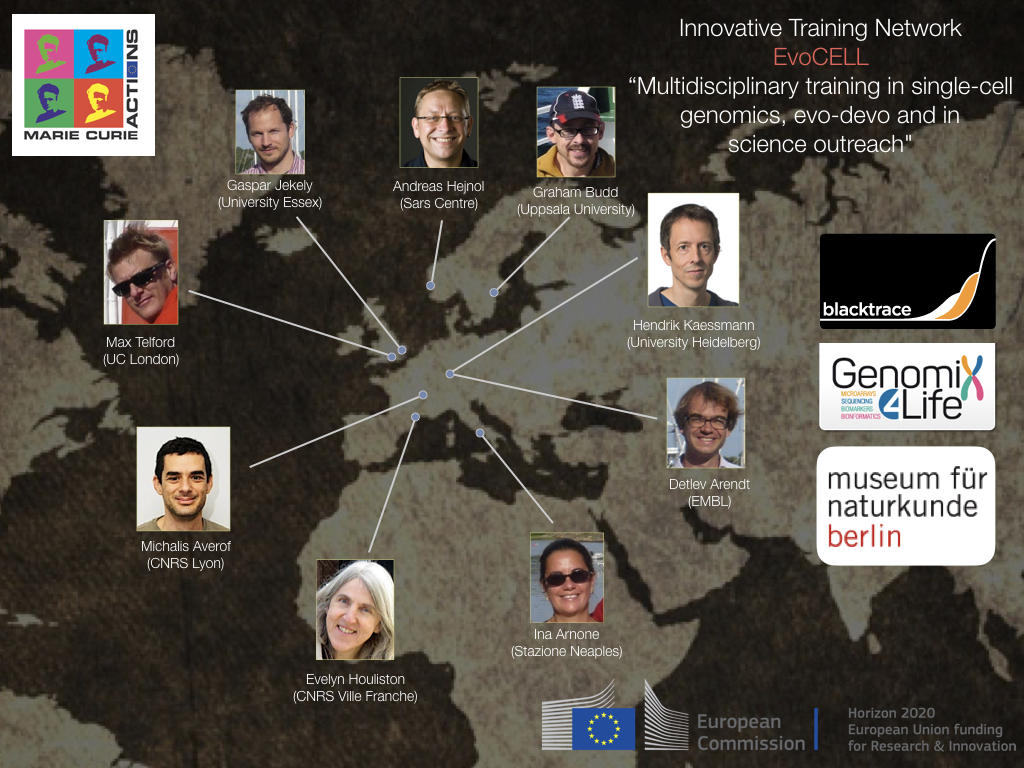 The researchers in EvoCELL will study cell types. The project is, like IGNITE, multidisciplinary.
Photo:
EvoCell 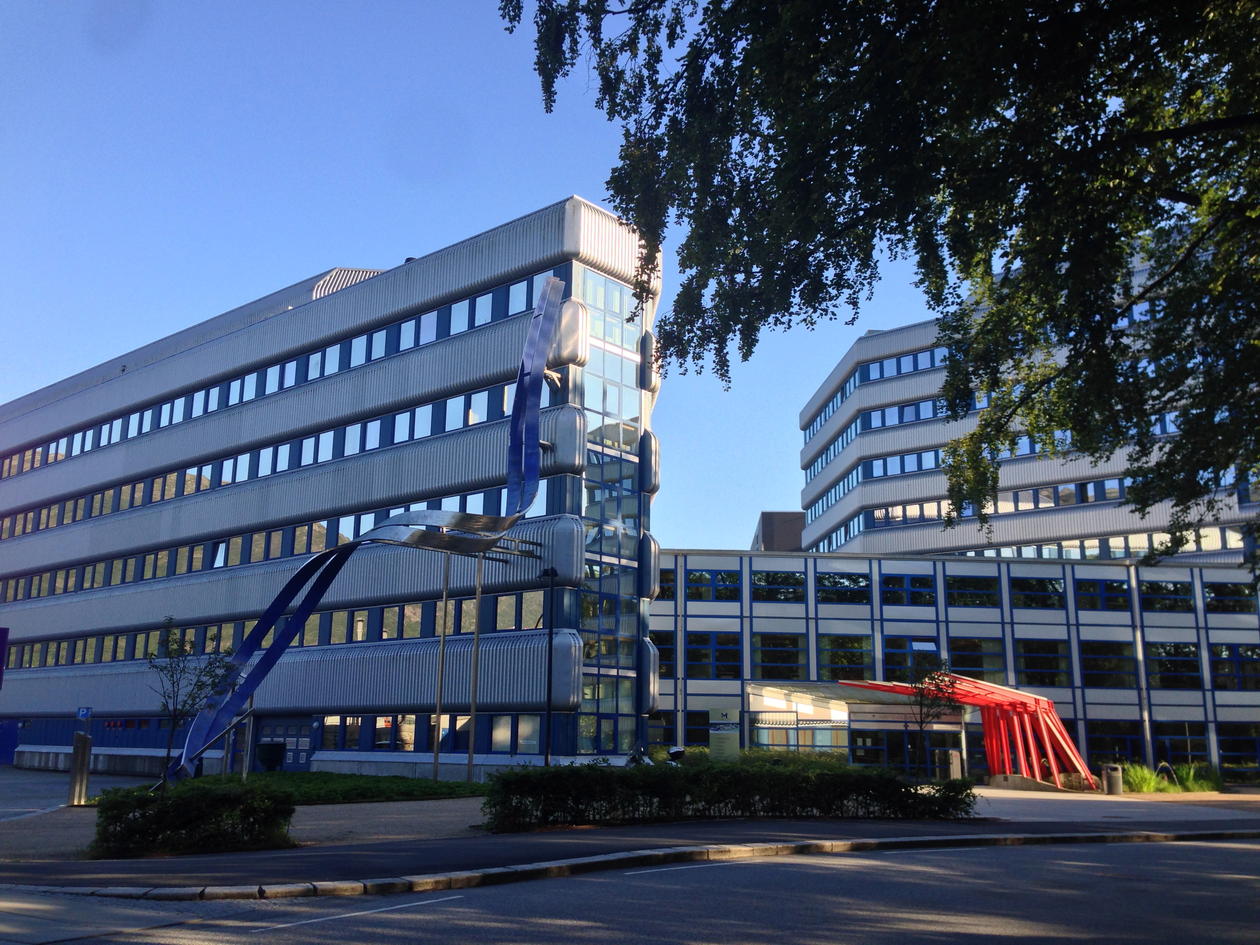 The Sars Centre at the University of Bergen.
Photo:
SARS