Norway has longstanding traditions exploring and conducting research in the high latitude oceans. No we are part of a large international marine research program.

This is the European and Canadian part of the Integrated Ocean Drilling Program, IODP. We have asked her what IODP is and about Norway and norwegian scientists' role and motivation for this international collaboration. Here is her reply and the history of the program:

In recent decades, Norway's longstanding traditions exploring and conducting research in the high latitude oceans, have inspired active participation in a successive range of marine research programs dedicated to advancing scientific understanding of Earth by sampling, instrumenting and monitoring subseafloor environments; the Deep Sea Drilling Program (DSDP) from 1966-1983, the Ocean Drilling Program (ODP) from 1983-2003 and the Integrated Ocean Drilling Program (IODP) from 2003. As shipboard and shore-based participants, Norwegian researchers have built international careers and networks and contributed to increased scientific knowledge through access to the pioneering geological archives that are the unique legacy of these expeditions.

Norwegian scientists played an instrumental role in establishing the European drilling consortium (ECOD), and the Research Council of Norway (RCN) became a member of ECOD in 1986 and continued to fund and support Norwegian participation in ocean drilling through the European Consortium for Ocean Research Drilling (ECORD) membership from 2003.  The RCN financial support not only ensured cruise participation by covering travels to and from the port calls, but laid the foundation for post cruise research projects with 2-3 months of research funding for the sailing scientists, securing a continuous renewal of Norwegian ocean drilling research.

ODP Leg 104 in the Norwegian Sea initiated the golden era of scientific drilling in Norway. Looking back at the list of the 41 ECOD researchers that embarked on ODP expeditions, many of them today form the backbone senior staff at universities and research institutions in Norway and have acted as door openers and role models for new generations of expedition participants.

The Norwegian participation, including co-chiefs on Legs 104, 114, 151, 162 and 187, have been crucial in establishing Norway’s strong research position in earth science and paleoclimatology, particularly related to processes and dynamics of high latitude oceans as well as research encompassing the sub-seafloor and deep biosphere themes that figure prominently in the national research strategy.

Norwegian scientists have already participated on nine different IODP expeditions, utilizing an array of drilling platforms including the drill ship JOIDES Resolution (Expedition 301, 305, 306, 318, 323, 329, 336) and the riser drill ship Chikyu (Expedition 333) and the alternate platform with ice breakers used for the Arctic Coring Expedition (ACEX) (Expedition 302). Most Norwegians participating have been PhD students and early career scientists, engaged in the full breadth of IODP scientific themes. And as we speak Dr. Romaine Meyer from GeoBio here in Bergen is planning he’s two months (including, I can guarantee you a memorable Christmas celebration) onboard the JOIDES Resolution sailing as an Inorganic Geochemist on Expedition 345 to the Hess Deep Plutonic Crust.

In July-August 1995, during the last semester of my master thesis I was offered the opportunity to sail as a Marine Laboratory Specialist on ODP Leg 162 in the northern North Atlantic and Nordic Seas. Professor Eystein Jansen, also co-chief during Leg 162, was my supervisor, and later on the material drilled at the Gardar Sediment Drift (ODP Site 983) south of Iceland became the starting point for my PhD thesis (funded by RCN) which focused on detailed stable isotope studies across the mid-Pleistocene climate shift. During my Phd I spent half a year as a visiting researcher at the University of Florida, USA where I worked and published with Professors David A. Hodell and James E. T. Channell, both part of the Leg 162 scientific party. After my Florida stay, I sailed as a Norwegian observer/sedimentologist on ODP Leg 177 in the Southern Ocean from December-February 1997-1998. Leg 177 recovered unique sediments from a N-S transect through the Polar to Subtropical Fronts and the material from this cruise formed the central core of an application to the RCN for a two-year personal post-doctoral fellowship, which I started after gaining my PhD in January 2000.  The first 6 months of the post-doc were spent in Cambridge, UK, collaborating with Professor Nick McCave to apply grain-size methodology to the North Atlantic mid-Pleistocene samples from the Gardar Drift. Following this work, I spent the next 18 months at the Lamont-Doherty Earth Observatory of Columbia University, USA working on Leg 177 material in collaboration with Dr. Lloyd Burckle, Dr. Gerard Bond and Dr. Ulysses Ninnemann (well I met Ulysses already on Leg 177…). In spring 2002 I embarked on the JOIDES Resolution once more and sailed as a sedimentologist on Leg 202 in the South East Pacific before returning to Bergen and the newly started Bjerknes Centre with new unique core material which formed the basis of several successful RCN applications in the follwing years. Currently I am back to my roots again with master and PhD students and a post doc working on the RCN Frinatek project NOCWARM, which apply new and refined proxy methods to the timeless marine archives obtained during Leg 162 in -96.

Spending in total over half a year at sea with Ocean Drilling has helped me create an extensive international network of collaboration with some of the world´s foremost scientists—documenting the fantastic opportunities available for young researchers when exposed to the international research teams of the IODP expeditions.  Once you sail, you are forever part of the Ocean Drilling family!

The next phase of scientific ocean drilling

The International Ocean Discovery Program (IODP) “Exploring the Earth under the Sea”, will begin in October 2013, and the science plan “Illuminating Earth’s Past, Present and Future” is the guiding scientific document for the new IODP (http://www.iodp.org/science-plan-for-2013-2023).

Norway will continue it’s membership In ECORD through the RCN and I will act as the Norwegian ESSAC delegate starting in November 2012 (ESSAC is the Science Support and Advisory Commitee of ECORD) with Katrine Husum from University of Tromsø as the alternate Norwegian delegate. ESSAC is responsible for the scientific planning and coordination of European contribution to, and participation in IODP, including nominating scientists for IODP cruises and representatives on IODP science panels and committees.

From 2013 we will work even more actively to promote IODP in Norwegian Earth sciences to ensure that we continue to build new ocean drilling careers. Moreover, we would like to see minimum two Norwegian lead drilling proposals submitted to IODP with the aim of getting “the ship” back in Norwegian waters. This will also mean a more active dialog with the RCN (and perhaps also Norwegian industry and directorates) to ensure the necessary funding for early career scientists from Norwegian universities and colleges to be able to spend two month’s at sea and participate in the important network meetings post cruise. 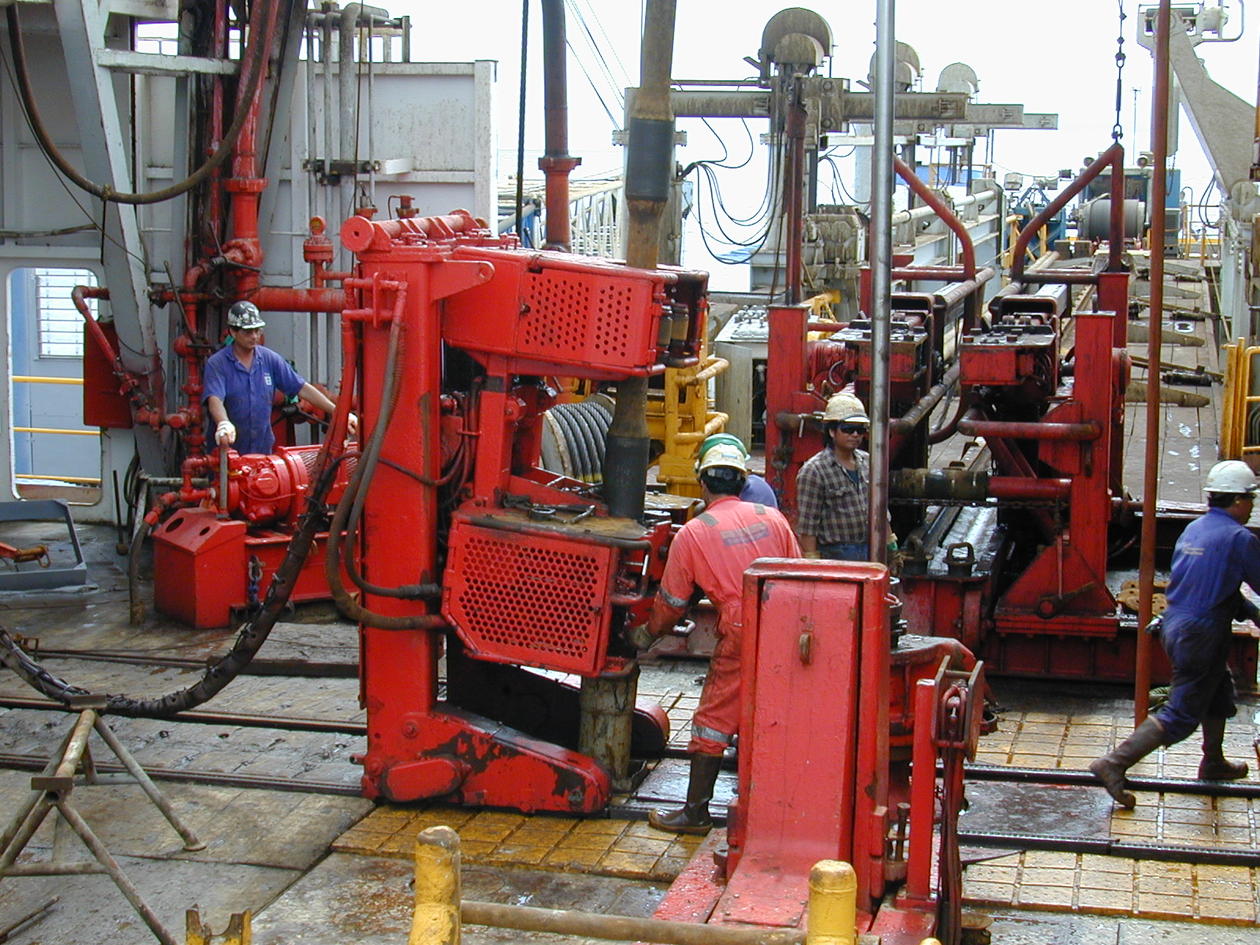 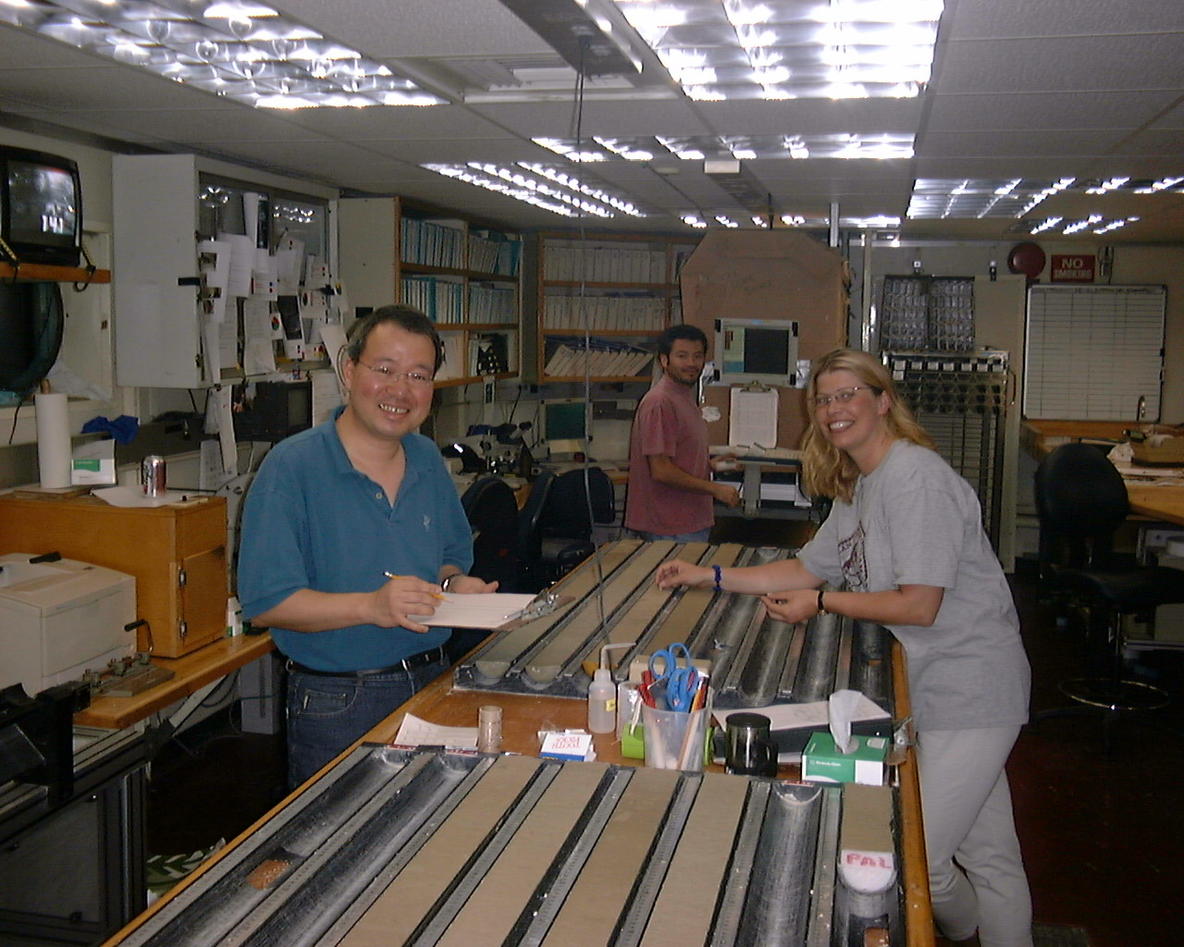