Textbook authored by UiB employee attracts great international attention
Fossen is Professor of Structural Geology at the Department of Earth Science and the University Museum of Bergen.  In the beginning of October he received confirmation that specialist literature and textbooks from good professional environments at the University of Bergen are met with great interest and are very relevant to other parts of the world. We asked him about what the experience had been like.

- The trip to Brazil was super! In connection with the launch of my book «Structural Geology" (Cambridge University Press), in Portuguese (Geologia Estrutural), I was invited to the 46th Brazilian Geological Congress (with c. 4000 participants) in Santos, Brazil.

"Famous geologist for one day"
How was the response to the book at the congress?
- There was an enormous response from the participants, and I must have signed around 2-300 autographs. The students bought the book for both friends and professors/advisers. The first 200 copies were snapped up during the first hours, and it had to be resupplied two times during the conference setting a new sales record for the publishers, and to me it was great fun to be a “famous geologist” for one day.

Marketing the professional environment in Bergen
This was also a way of marketing the Department of Earth Science and the University of Bergen?
- Yes, many had a chance to learn more about the Department and our University. As for myself, I was able to establish useful relations to Brazil, and also to Statoil in Rio, that I visited on my way back to Santos.

Financial support from Statoil
Fossen held lectures in both Rio and Santos, and Statoil has also supported the Portuguese edition financially. Without this support, the costs involved in producing a full-colour printing and a very detailed translation process would have made the book less affordable to most students. It is good to see that Statoil's policy to support academia in various contexts stretches beyond the borders of Norway

Impressed by the geological society in Brazil
What is your impression of the Brazilian geology specialist society?
- I am impressed with the size of the geological society in Brazil. It is a very large non-petroleum oriented environment, both academically and within economic geology. They also have a surprisingly good selection of geological literature in Portuguese, and a good part of it has in fact been authored in Portuguese in Brazil. 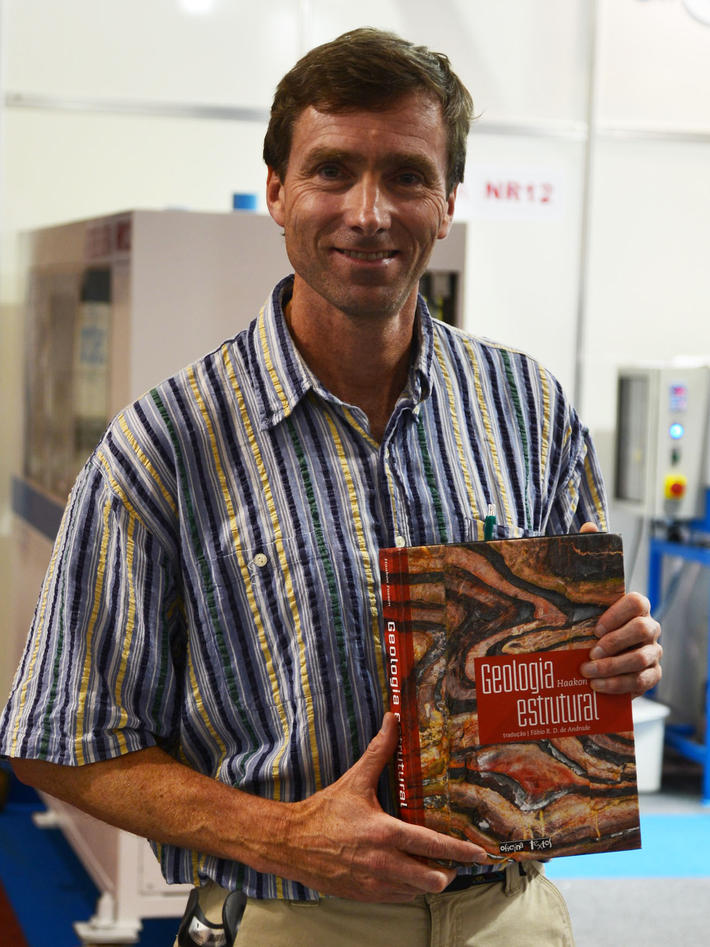