This is a short update of our present field activities in eastern Dronning Maud Land, Antarctica. The international expedition Geodynamic Evolution of East Antarctica 2 (GEA-2) forms the field component of a major German, Belgian, Norwegian geoscience research project. We are studying the evolution of East Antarctica in the framework of the Rodinia and Gondwana supercontinent cycles, including the study of the exhumation history of Dronning Maud Land during the break-up of Gondwana. The project is mainly funded by the German Geological Survey and the Alfred-Wegener Institute for Polar and Marine Research. The project has a geophysical part in which the Polar 6 aircraft collects geophysical data including radar, aeromagnetics and gravity over the Sør Rondane Mountains.

The geological field team is formed by five geologists from Bergen, Bremen, Ghent and Hannover. We assembled in Cape Town in mid December and transferred by an Ilyushin-76 and a DC-3 flight to the Belgian Station Princess Elisabeth. Our fieldwork is supported by two helicopters, which were supposed to arrive with a supply ship before Christmas. However, the ice conditions were very difficult this year and therefore the helicopters were delayed by almost 2 weeks. We therefore had to start our work with the help of skidoos. Finally, the helicopters were in place and this is the first time that helicopters are operating in this part of Antarctica. With the support of helicopters we mapped and sampled remote places in the very SE part of the mountain range, where no geologist has ever been before. We also studied remote nunataks between the Sør Rondane Mountains and central Dronning Maud Land that had also never been visited previously. Another highlight was the sampling of moraines on the southern side of the mountain range. We hope to characterise the geology of the large, hidden interior part of East Antarctica with the help of rock samples that were dropped along the mountains range by the northward flowing glaciers.

At present we are finalizing our work here in Sør Rondane. So far, this has been a very successful season with unusually good weather conditions, so that we could fully accomplish our program. For the final part of the expedition some of us, including myself, are moving to the Russian Station Novolazareveskaya, ca. 500 km to the W of Princess Elisabeth Station. From Novo we will carry out comparative studies in the central Dronning Maud Land mountains. We are planning to be back in Cape Town by 10th February with many unique samples. 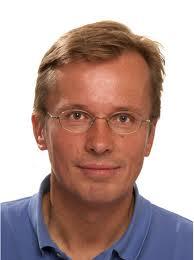