Circulation changes in a warmer ocean

In a new study, scientists suggest that the pattern of ocean circulation was radically altered in the past when climates were warmer.

Scientists at Bjerknes Centre for Climate Research and Department of Earth Science, University of Bergen, have found that ancient warm periods offer useful insights into potential future warming and its impacts. The mid-Pliocene, ~3 million years ago, was a relatively recent period of global warmth that is often considered as an analog for our future.

During this warm period, unusually warm surface conditions existed in the North Atlantic, which has often been simply explained by the intensification of the existing pattern of ocean circulation. However, reproducing these changes with climate models has eluded researchers for more than a decade—suggesting either that there was something wrong with the long-standing explanation or with the models used to predict the behavior of warmer oceans.

The results are presented in the Nature Communications article: "Increased ventilation of Antarctic deep water during warm mid-Pliocene". 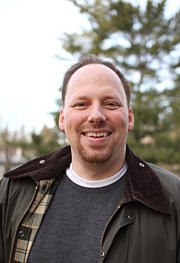