Visible light, radio waves and X-rays are examples of electromagnetic radiation (EMR). EMR is energy transmitted through empty space or through matter as electromagnetic waves.

When an electrical charge changes its energy condition it leads to moving waves. These are waves of different frequency and wavelength dependent on the origin.

In the figure above, both the frequency and wavelength are included, and the correlation between these is given in the equation c = λ x f, where c is the speed of light, λ is wavelength and f is frequency.

Waves with a long wavelength spread well beyond their surroundings. Radio waves are used to transmit wireless signals to TVs, radios and mobile phones through the air.

Microwaves are less widespread and are used where the transmitter and the receiver are closer to each other. In this spectrum you will, for example, find radar and microwave ovens.

X-rays are energy rich radiation and can penetrate soft tissue. This type of radiation does not penetrate bones, and is therefore very suitable for photographing the skeleton of humans and animals.

Gamma radiation is very energy rich and penetrates most solid materials. Gamma rays are ionising radiation and can therefore destroy molecules and connections in atoms and cause damage to tissues. 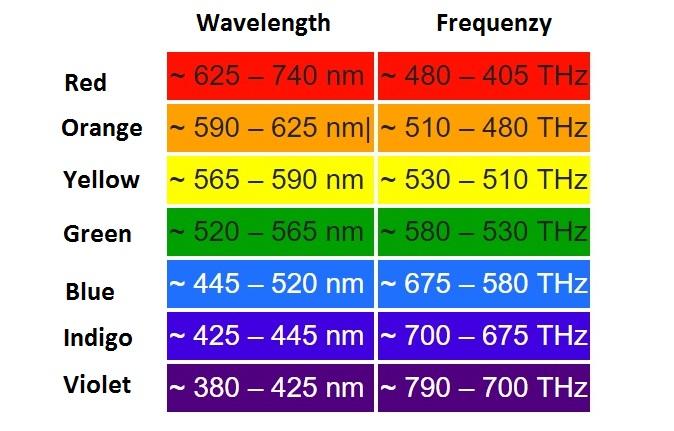