Informality after the Flood: Displacement and Neighbourhood Consolidation in Tripoli, Lebanon

In this seminar, Robert Forster will discuss his PhD project about urban displacement and the history of Al-Mankubin neighbourhood in Tripoli, Lebanon.

With origins in housing the families displaced by the December 1955 Abu Ali flood in Tripoli, al-Mankubin is now an informal settlement sheltering a conglomeration of Syrian and Palestinian refugees alongside Lebanese rural migrants on the outskirts of Tripoli, Lebanon. The area became notorious between 2013 and 2015 as the neighbourhood of origin for a sixth of the Lebanese foreign fighters that journeyed to Syria.  The area is one of the poorest of Tripoli – a city where 58% of the population live in extreme poverty.

In this presentation, Robert Forster, a PhD candidate from CMI, will discuss how Al-Mankubin provides a rich case study of how displacement has impacted urban development in Lebanon since the 1950s as well as becoming a lens through which we can better understand the long-term impact of temporary emergency housing policies and their organic development. He will explore the origins of the neighbourhood in the incomplete emergency housing policies implemented by the Lebanese government after the flood. In addition, the neighbourhood is suspended between the adjacent Beddawi refugee camp and other surrounding neighbourhoods, administratively enclaved from Tripoli and subject to unique micro-politics that saw the consolidation of a new municipality in Lebanon. Furthermore, Robert will highlight how these micro-politics play into the formation of intersecting patchworks of governance defined by the rights and non-rights of Lebanese, Palestinian, and Syrian residents who live in the area.

Robert Forster is a doctoral researcher at Chr. Michelsen Institute and AHKR (UiB) and an affiliate of the Political Settlements Research Programme at the University of Edinburgh. His PhD in History seeks to understand the impact of displacement in the city of Tripoli, Lebanon.

Please note, that according to the COVID-19 regulations all participants must keep a distance of at least one metre from each other and maintain good hand hygiene. We also need to have an overview of who is present at all times, so for those who attend physically, we will register their names and phone numbers and keep it for 10 days.

If you have any respiratory tract symptoms you should stay at home. 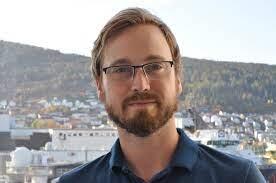