Marc Scheu from Germany chose Norway rather than Spain for his exchange, because he doesn't like it too warm. It's surprisingly sunny here though, he claims, not at all complaining.

More than a hundred students from all over the world have done as Marc, and chosen to study law in Bergen for the current semester. Never before have there been as many international students among the law students in Bergen.

– This is very good news, says the Dean of the Faculty of Law, Asbjørn Strandbakken.

– We give high priority to developing and increasing our cooperation with Law Faculties all over the world, and we are constantly developing the course portfolio offered to international students, the Dean declares.

The faculty’s most internationally oriented professors are involved in the teaching of these courses. Also involved are specialist lecturers from recognized universities abroad, some from as far away as Australia and the United States.

Fun and other perspectives

– I really like the comparative perspective of some of the courses here, 21-year old Marc says, giving another reason why he chose to study in Bergen. But the nature is equally important; the mountains, the fjords, and the great opportunity to go hiking. And last but not least, he is here to have a good time.

Australian Justin Lie (23) agrees, especially about the fun part. He himself has chosen Energy Law as one of his subjects this semester. The course will use Norwegian law as illustration, but also has a strong comparative as well as international focus.

– Students studying abroad are making a good decision, the Dean says. It permits them to approach different legal systems and legal subjects from other perspectives. It also provides access to courses not available at their home universities, as well as the invaluable experience of living and studying in another culture.

Understanding others helps you understand yourself

– Understanding how Norwegians see the law, gives the students a mirror to understand their own legal culture. They will start viewing things from another perspective, professor Jørn Øyrehagen Sunde says.

He is offering an introduction course to all international students called "Exploring the Norwegian Legal Culture".

There is no doubt that increasing globalisation generates a need to clarify the relationship between local national courts and the rules of international and regional bodies. It is of great value to experience other legal viewpoints and problem-solving methods.

While Australian Justin will attend courses in the Norwegian language, some of the other students are more concerned about improving their English.

Pilar Tiellado (23) from Granada is sharing kitchen with a French girl, something she hopes will make her English more fluent. Well aware that the easiest thing would be to mingle with the relatively big Spanish crowd of students here, she will make an attempt to meet people from a variety of other countries.

– Norwegian people are so polite, says Pilar. Of course there are polite people in Spain as well, but it seems to be the norm here, she adds.

– We are so surprised that even old people speak English very well here, exclaim Martin Slampa (21) and Olga Henčlovà (22), both from the Czech Republic. Absolutely everyone speaks English, even the people in the food shops. This will make our stay so much easier, they say, quite relieved by the fact.

Martin visited Norway for the first time on a summer holiday. He enjoyed it so much that he wanted to come back, and his girlfriend Olga was more than willing to come along. Together they are planning to travel quite a lot besides studying.

104 students from 57 different universities in 18 countries. The common thing for them all: They are here to study law, broaden their perspectives, meet new people, improve languages, hike in the mountains, travel, avoid the heat and experience some heavy rain, and of course, they want to have a good time. 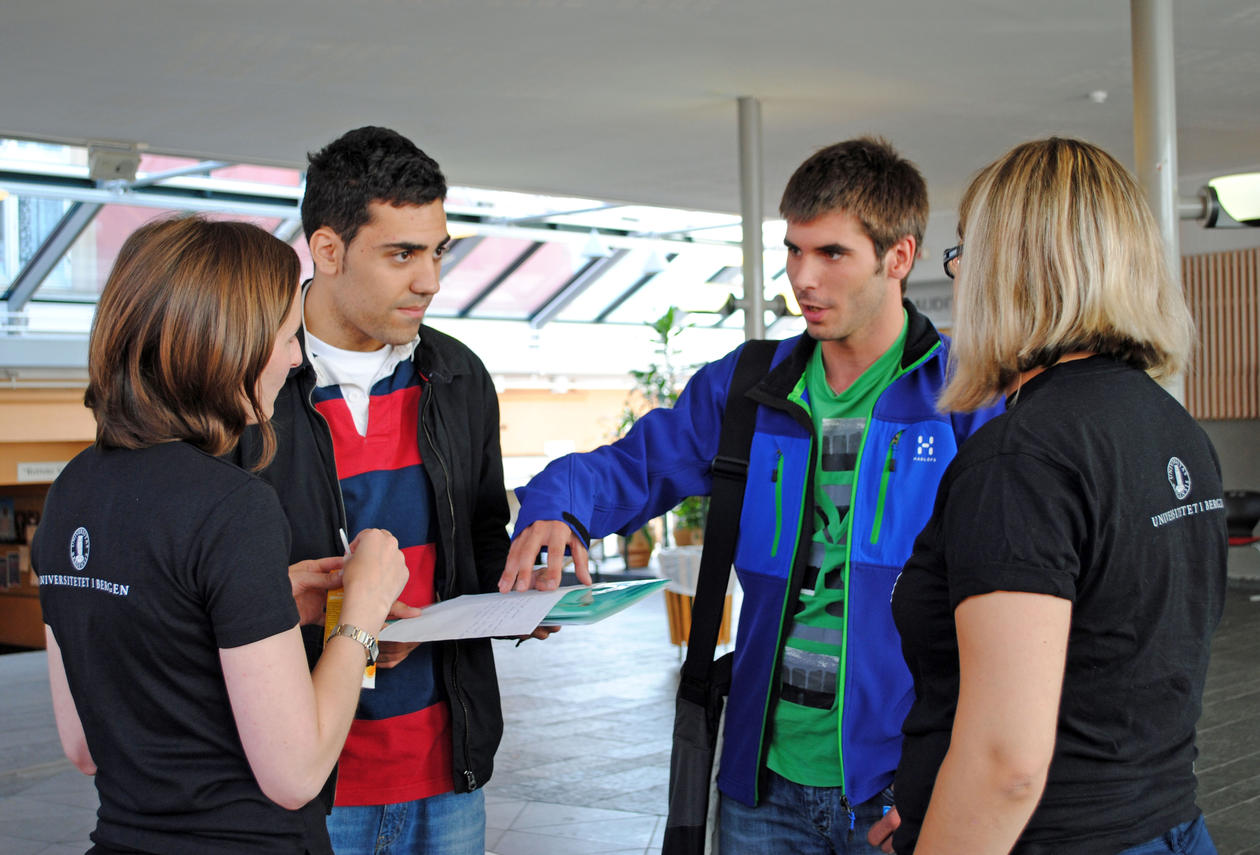 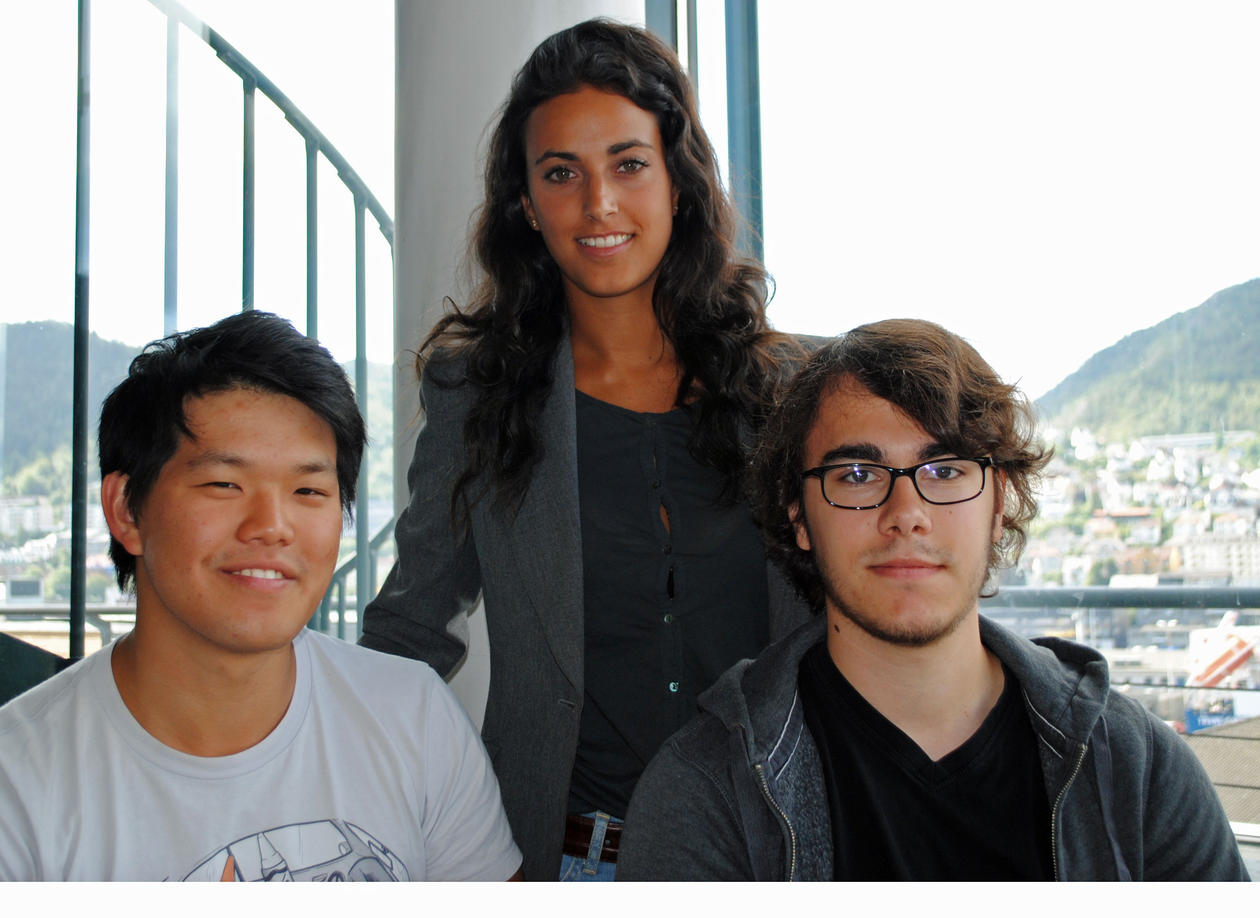 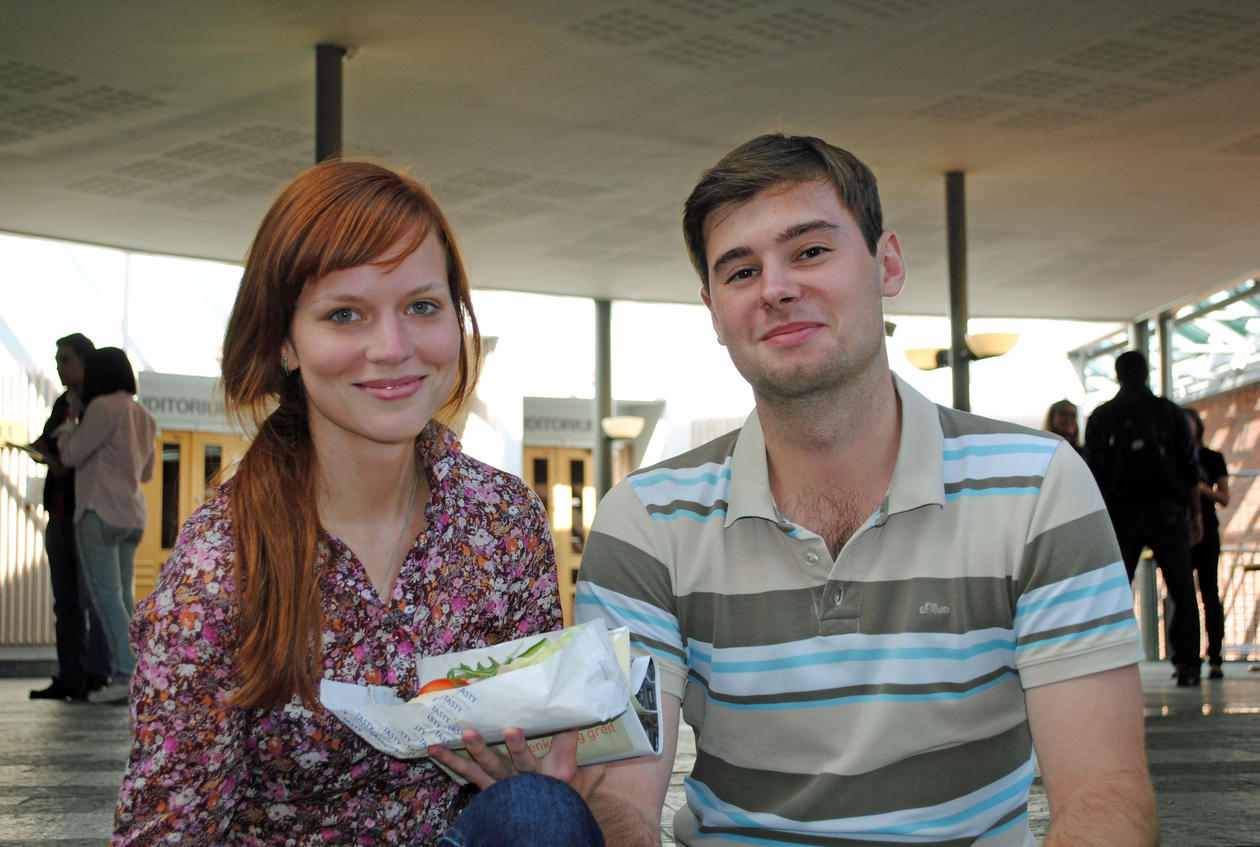