The big tent at the Research Fair was buzzing of people at Festplassen in Bergen Friday 19th and Saturday 20th of September, during the Research Festival 2014.

The public was invited to join in on research - and eager children and youth took the challenge with great curiosity.

About 20 in total from CCBIO took their turn at the exhibition stand, representing most of the CCBIO research groups.  Even with so many attending the stand, it was clear to see that coordinators Monica Mannelqvist and Cornelia Schuster and their colleagues had a very busy time!

Friday September 19th was dedicated for school groups. Potential young researchers teemed all over the fair tent.  150 school children formed a continuous line throughout the day to get to make tissue samples at the CCBIO stand and study them in the microscope. The fair was open to everyone on the Saturday, and a steady flow of visitors came to broaden their horizon.

Researcher for a day

First you need to dress properly. The small researchers are equipped with lab gloves, lab coats which drag the floor, and protective goggles that cover almost the entire face.  They get to make tissue samples and add colour to it, and put the sample under a glass plate. Then they study the samples in a microscope. Some are eagerly paying attention to every part of the process, while some of the smallest seem to be most fascinated by the pretty colours in the water!

-The level varies, on what they ask about or what we think they might understand, Monica Mannelqvist explains. - They are invited to do research by colouring tissue samples from liver or lung with tumor. They put this under the microscope, and we tell them what they see, about the cells and the cell cores, what is healthy and what is diseased, and about how the cells communicate. The kids do the practical part, and the parents listen from behind them.

One of CCBIO's stations was aimed at both adults and children. A pathologist showed coloured tumor samples (estrogen, progesterone and HER2) in the microscope and told about the choice of treatment based on results. You could also see the difference between normal tissue and tumor tissue.

CCBIO also arranged a competition, «Angry Cells», where the children lined up to get to shoot with a slingshot which illustrated targeted therapy of cancer cells. They fired enthusiastically at the bad cells (tin cans), and if they could hit the bad cells without knocking over the good ones, they were awarded with bracelets with beads that change color in UV light. There was no lack of dedication in the potential cancer researchers!

Eight representatives attented the MedViz stand during the fair, with teams of three. Here kids could try different practical activities that visualized communication, and join a competition on counting the number of nanotubes between cells.

What aroused most attention, was an odd looking construction on a table where a small toy train made an 8-loop between things under a wired net.

- This is two cells that communicate, fellow Maria Omsland explains. Just like we can communicate, also cells can communicate and send each other packages, like we send each other packages through the post. That can be done throught something called nanotubes. It is a very thin structure which cells can make, and they use it to send each other important things. For example, if a cell feels a bit weak, it can make a nanotube and connect to a healthy cell, and then the healthy cell can send an energy package, like this train, which goes through the nanotube and in to the weak cell to give it more energy. But, the nanotube can also be used to send other things, like bacteria and viruses. We try to figure out why the cells make these nanotubes, and why they send the things they do. The nanotube was discovered in 2004 so we don't know so much about this structure yet, and that is why we try to figure out what it does and what it can contribute with in the body.

Maria explains it all in a very clear manner. - The kids seem to understand it, at least the ones that are a bit bigger, she says. - The very small ones just enjoy watching the train – except for one, he found the whole thing scary. There was no use in any explanation! It has been a couple of very busy days, but that is just nice – it would have been boring to have nothing to do!

Then she has no more time to chit-chat, as three small researcher candidates are wondering why the train is behind bars.

The Research Festival is an annual, national festival for research communication. UiB is the largest contributor to the arrangements in Bergen. In all 31 exhibition stands participated at the Research Fair, and of these, 8 were of medical profession. Read more about the other UiB stands here. 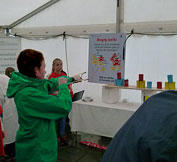 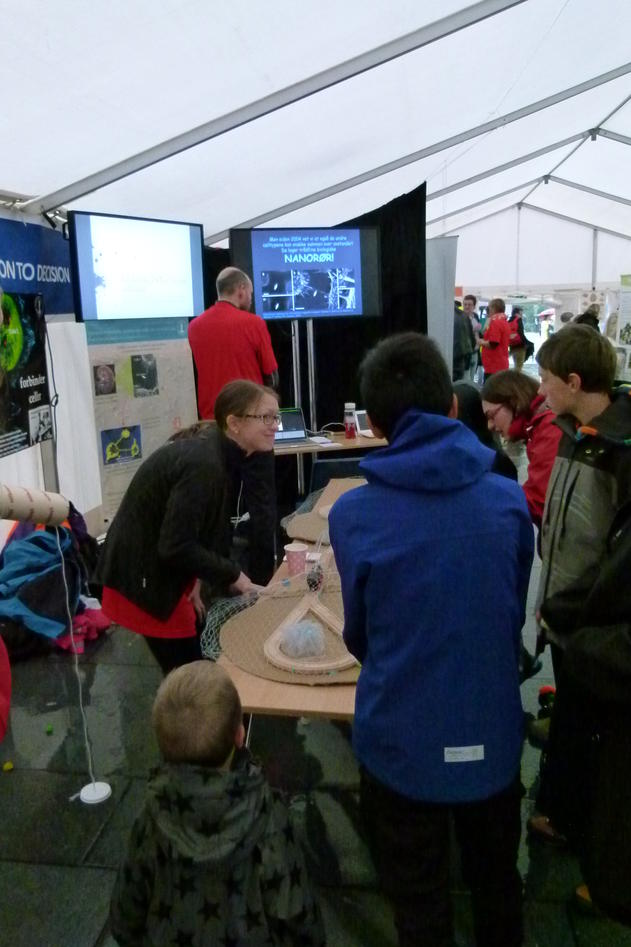 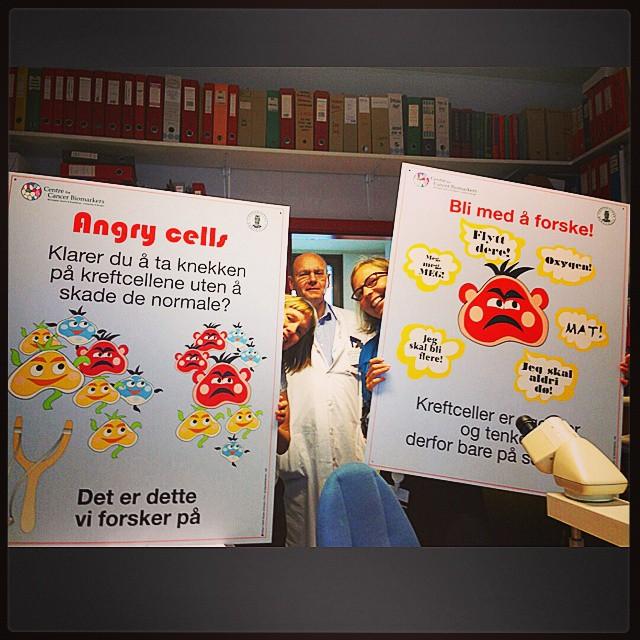