Last year, the world’s northernmost hot spring was discovered just off the island of Bjørnøya. This year researchers returned to find that this extreme environment was teeming with life.

The research vessel G O Sars sails in waters that came under Norwegian jurisdiction less than six months ago. On board the vessel are geologists, oceanographers and chemical scientists, minisub pilots, microbiologists and macrobiologists, an assortment of technicians and students, and a TV film crew from Discovery Channel. They are returning from Lokeslottet (Loki’s Castle), an underwater hot spring that was discovered only last summer. Located at a depth of 2,400 metres and 300 km west of Bjørnøya, Lokeslottet is the northernmost hydrothermal field we know of.

A series of vents pump black, toxic water as hot as 300 °C out into the ice-cold water on the seabed. This is one of the most extreme environments on Earth. And it is teeming with life.

‘This environment resembles what the Earth was like when life forms first appeared on our planet. Fields like this are among the hottest clues we have in our work of understanding the origin of life,' says Rolf-Birger Pedersen, Professor of Geology and leader of the expedition. Only ten years ago, the prevailing opinion was that we would not find any hydrothermal fields in these waters. It now appears that the fields in these areas are among the largest in the world. They are also surprisingly rich in hydrogen, methane and ammonium, all vital building blocks of life. This combination makes this field an exceptionally good laboratory for conducting research into life’s most complex mysteries,’ says the professor.

They knew they were on the right track. The researchers from the Centre for Geobiology at the University of Bergen were searching for new knowledge in the borderland between rock and life, between geology and biology. They had already collected some surprising samples in 2007. The chemical composition of the samples indicated that they were in the vicinity of an, until then, undiscovered hydrothermal field in the Norwegian Sea. The researchers spent last year exploring the ocean floor, without result. They were on the verge of giving up when the underwater robot Bathysaurus transmitted pictures of an 11-metre-high vent. With only four days left before G O Sars had to return to Bergen, the researchers could finally celebrate the discovery of Lokeslottet.

‘The ocean floor along the North Atlantic Ridge is for the most part unchartered territory, but no-one had expected to find a hydrothermal field of this size,’ says Professor Pedersen, head of the Centre for Geobiology.

Up until the 1970s, the ocean depths were considered to be a desert. They were cold and, not least, dark. The absence of light made photosynthesis impossible, a situation that limited the possibilities for life. Then the first hydrothermal fields were discovered in the Galapagos Ridge in the Pacific Ocean. And not only did this extreme environment sustain abundant life; the life forms were also different. Bacteria and microorganisms lived off inorganic gasses and metals. This discovery confirmed a theory that was almost 100 years old: chemosynthesis was indeed possible. Sensation had become fact. The hot springs were nicknamed the Rose Garden. In the years that have elapsed since the first hydrothermal field was discovered in 1977, researchers have found several similar hot springs, and each of them has offered new surprises. Fields in the Atlantic Ocean south of the Azores were found to be rich in organisms that were entirely different from those found in the Pacific. Another field, this time in the Indian Ocean, contained life forms that were somewhere in between those found in the Pacific and  Atlantic Oceans. What would the life found in the North Atlantic fields look like? This question figured prominently when researchers returned to Lokeslottet this summer.

After first bunkering 240,000 litres of fuel, the G O Sars set off from Tromsø harbour on 1 August, fully laden with researchers and packed with technical equipment. The voyage was filmed by a film crew from Discovery Channel for an episode of the ‘Mighty Ships’ series. The first stop on the 11-day voyage was a mud volcano south-west of Bjørnøya, where samples were taken. The next task was to find Lokeslottet again. Because the exact coordinates had been deleted during a software update, the ocean floor was once again explored using an underwater robot. The remote-controlled vessel found traces of collapsed vents. Yellow, orange and rust-coloured fragments showed the way. At the top of a slope 2,400 m below the surface, the castle stood pumping black water out from the ocean floor, just as it had done the year before. The water at this depth was ice-cold. The researchers measured the temperature of the water on the ocean floor to be 0.7 °C. But from the vents, or the so-called 'black smokers’, water poured out at a temperature of 317 °C. The high pressure enables it to reach such high temperatures without boiling. The water contains large amounts of methane and hydrogen sulphide, copper, zinc and iron. This composition is toxic for most life forms on Earth. However, this environment abounded in microorganisms and bacteria, with tubeworms, amphipods, snails and even fish. Many analyses remain to be carried out, but the preliminary results confirm the curious trend from the Pacific, Atlantic and Indian Oceans.

‘Once again we are faced with life forms that are completely different from those we know of from other hydrothermal fields,' says Rolf-Birger Pedersen.

Researchers are not the only ones interested in extreme environments on the ocean floor; commercial players also recognise a good opportunity when they see one. Mining companies are assessing the possibilities of profiting from the metal deposits. Companies engaged in bioprospecting for medical or industrial purposes are interested in the genetic structure of life forms that are able live in this toxic environment.

The news that both Lokeslottet and other unknown deep sea fields have been placed under Norwegian ‘ownership’ is important news for commercial players. Due to its knowledge in the geosciences – at the University of Bergen among others – Norway’s economic zone was substantially expanded this spring, with the result that it now includes the North Atlantic Ridge system from Jan Mayen to the Fram Strait near Svalbard. Meanwhile, researchers continue their search for new, fundamental knowledge about the deep biosphere, about the origin of life on Earth and also about the possibility of life on other planets. Perhaps the first form of life appeared and evolved in a hydrothermal field like Lokeslottet. This hypothesis is supported by new knowledge showing that important building blocks of life can be created through reactions between water and rock.

‘We may feel that we are a long way from finding an answer to the mystery of the origin of life, but the last ten years alone have produced a fantastic amount of new knowledge,’ the professor says. 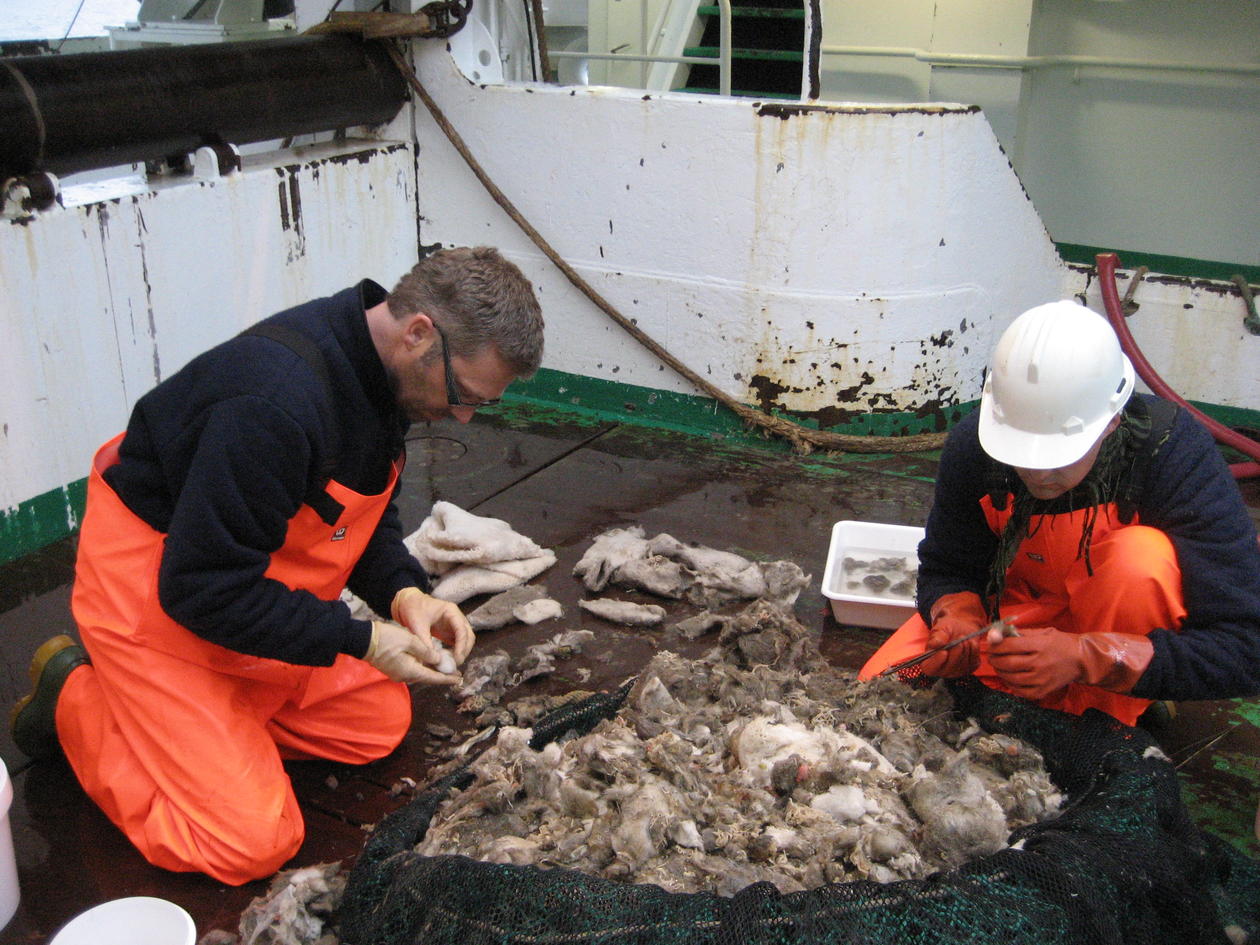