UiB researchers have discovered new species at the northern end of the Mid-Atlantic Ridge.

Loki’s Castle is on the Mid-Atlantic Ridge – km.300 west of Bear Island.  There are many underwater volcanoes and hot springs in the area.  Warm water, rich in sulphur, is pressed out of pipe like channels when seawater meets magma, two kilometres below the ocean bed.

The water from these springs is rich in minerals, and the temperature can vary between lukewarm and several hundred degrees.  UiB researchers found new fauna and species in this special environment that are different to those found in similar areas.

- So far, we have found about ten new species and we expect to find a lot more when we have examined all of the material, says researcher Hans Tore Rapp of the Centre for Geobiology.

A mini submarine has enabled the scientists to collect samples of organisms, volcanic rock, sediment and hydrothermal water from a depth of 2500 metres, since the felt was discovered in 2008.  A paper about the finds was recently published on Nature Communications.

A new pattern of migration
The researchers didn’t just find new species, they also found species that appear to have migrated from other areas and adapted to the special environment at Loki’s Castle.  Similar hot springs are found further south along the Mid-Atlantic Ridge and along other ocean ridges with volcanic activity, both in the Pacific and the Indian Ocean.

- When we make comparisons, it looks as though some of the species that we found have migrated from the Pacific Ocean via the Polar Sea, but none have come from further south on the Mid-Atlantic Ridge, says Rapp.

Some organisms and animals have migrated from areas on the continental shelf where there is a natural leakage of methane gas.  They can use whale skeletons and logs as temporary stopping places during their deep sea journey.

- Migration systems help us to understand life in the northern seas, says Rapp.

Cooling effect
Loki’s Castle is at the far north of the Mid-Atlantic Ridge.  Here, the crusts are moving apart at a rate of one to two centimetres a year.

- This is so slow that nobody thought there was any substantial hydrothermal activity along such slowly spreading ridges.  Our research shows that a surprising number of hot springs are located in these northern areas.  They are larger and last longer than those found in areas that are spreading more rapidly, according to Professor Rolf-Birger Pedersen of the Centre for Geobiology.

Water that is equal to a seventh of the amount of water in the earth’s rivers circulates through the volcanic crust of the seabed, in this type of hydrothermal system.

- The circulation cools the earth’s temperature and is therefore part of a long-term cooling process.  It also effects the composition of the sea.  This type of area does therefore have a global environmental effect, says Pedersen.

A lot of metal
The researchers also found many metal deposits around Loki’s Castle.

-This is one of the biggest deep-sea deposits of metal that we know of, says Pedersen.

This type of deposit could prove to have commercial value sometime in the future. 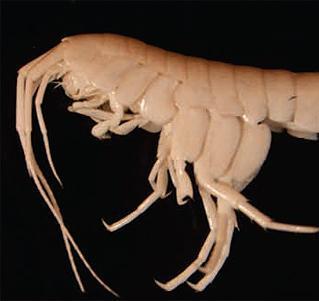