Novel discoveries report how a unique fish species has adapted to a hostile environment poisonous to most other organisms. The findings are published in Science.

Watch the video about the novel discoveries! Click "play" in the right column of this web page.

The unique fish is called the Benguela-goby, or bearded goby, and is found only on the anoxic continental shelf outside Namibia and South-Africa. Since the collapse of the sardine fisheries, this goby has become the new predominant prey species for larger fish, birds and mammals in the region.

Scientists from Norway, South Africa and Namibia have discovered how this little survivor copes in an environment that kills other fish. The findings alter the way we now consider the structure and functioning of marine food-webs.

Previously the belief was that fish could not survive in an environment of sulphide rich mud or between stinging jellyfish. But the bearded goby has become tolerant to these extreme environments:

- During the day the goby stays on the anoxic seabed. Here it seems to “hold its breath”, whilst at the same time eating the mud and associated small organisms. Later, under cover of darkness, the goby swims up to the more oxygen rich surface waters in order to restore its oxygen debt and to digest its food, says senior scientist Anne Christine Utne-Palm from the University of Bergen. Utne-Palm is the first author of the report printed in this week’s issue of the prestigious journal Science.

While holding its breath it feasts on the sulphidic mud. It also thrives among jelly:

- When gobies swim up to shallower waters at night, they associate with jellyfish. This is a night-time shelter from predators. Our studies in aquaria showed that goby predators avoid jellyfish, but that gobies are largely indifferent to them staying close and even swimming inbetween their stinging tentacles, says professor Anne Gro Vea Salvanes, co-author of the report to Science.

The results presented in Science are achievements from interdisciplinary research conducted during several research cruises in the Benguela ecosystem off Namibia using the RV Dr. Fridtjof Nansen and the RV G.O. Sars.

We acknowledge the Norway - South Africa Research Councils Programme for Research Cooperation for funding, and the all important access to ship’s time was through the BENEFIT (Benguela Environment Fisheries Interaction & Training Programme) and Nansen programmes, as well as the University of Bergen. The research is in the core of both of the University of Bergen’s strategic research areas: Marine Science and Development related studies. 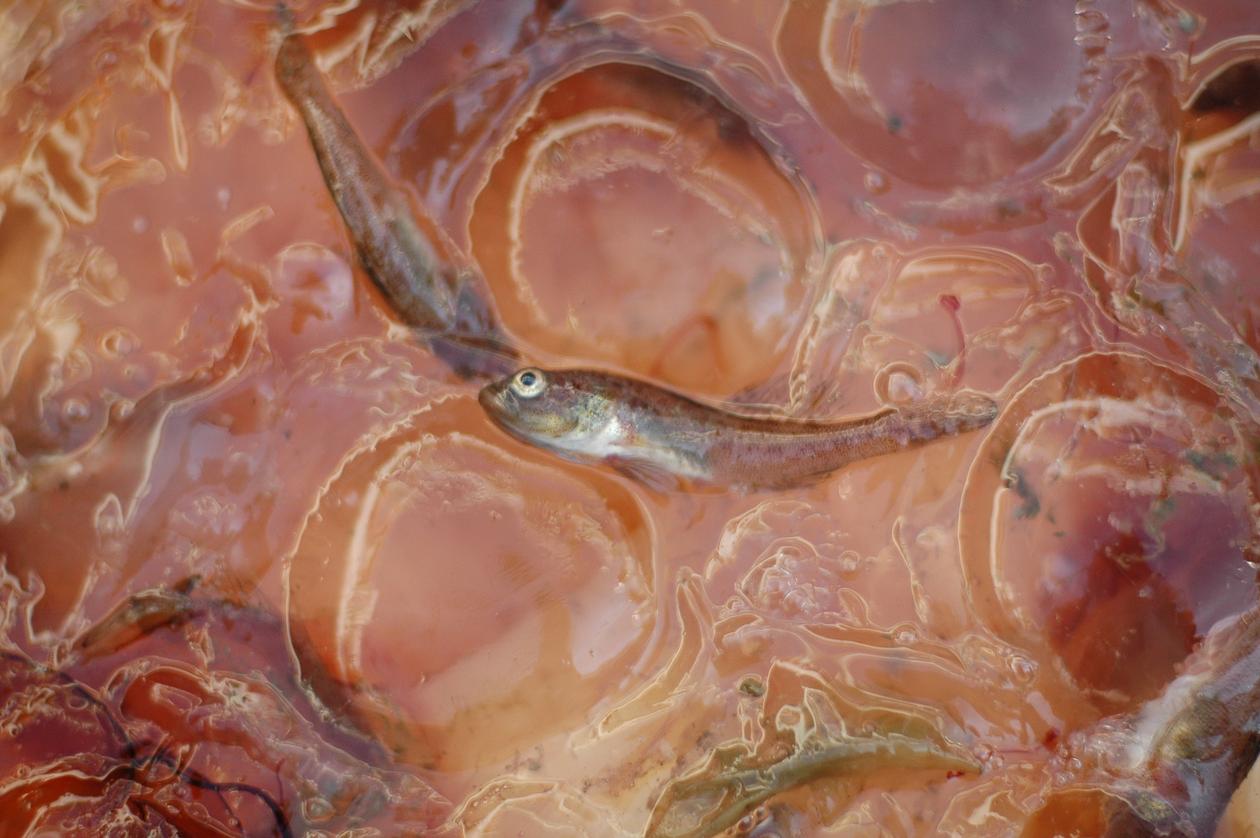 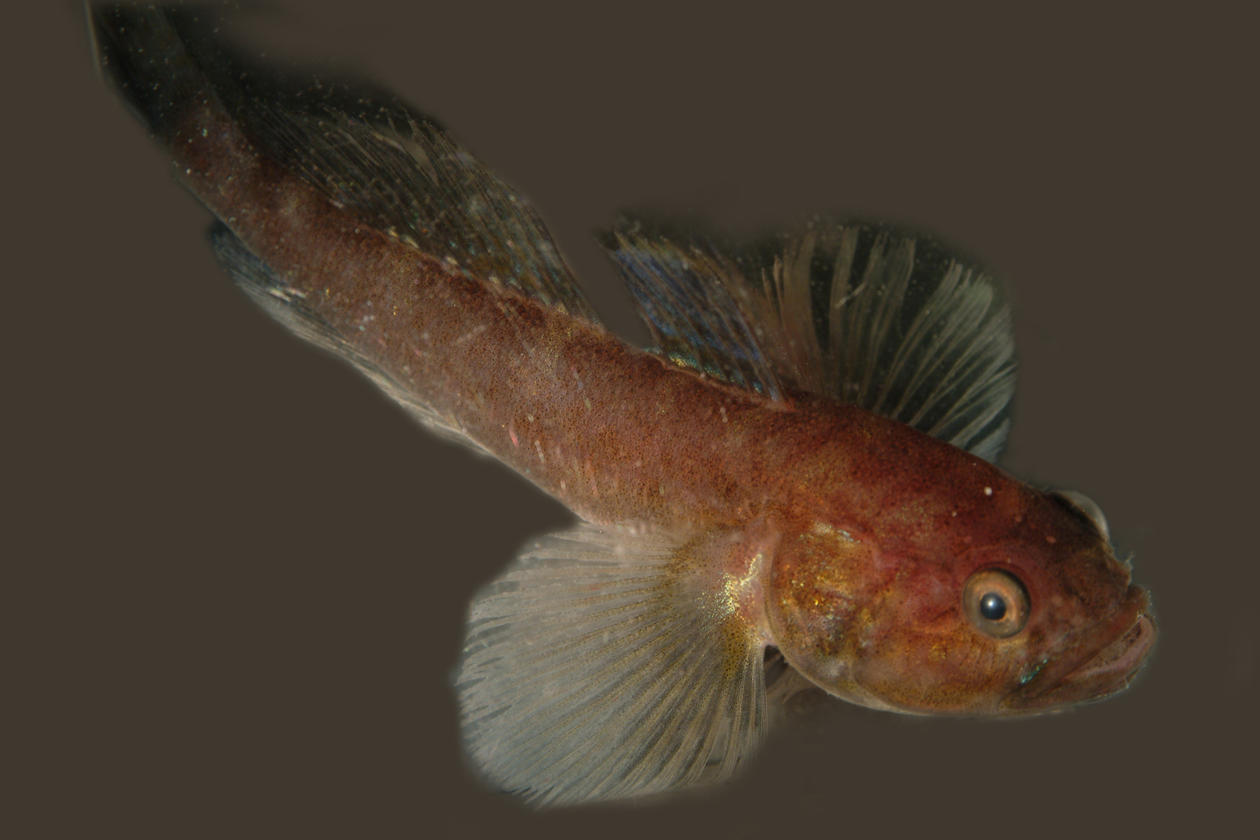 The Benguela-goby is found only on the anoxic continental shelf outside Namibia and South-Africa.
Photo:
Hege Vestheim