28 year old Jan Martin Nordbotten is the youngest professor in the country. But his childhood dreams did not include dreams of an academic career.

– You have been on the front page of Bergens Tidende as the youngest professor in the country. Did you ever imagine that this would happen to you when you were growing up?

– No, becoming a professor, either more quickly or more slowly than others that choose the profession, wasn’t one of my childhood dreams. Wanting to become a professor was something that developed gradually.  I could see that it was a fine profession and things have worked out little by little.  One can never take getting a university job for granted, but when I finished my doctorate I was lucky to be given the opportunity, and I’m very glad that it happened.  The University of Bergen is a great place to work.

– Why did you decide to study mathematics?

– I have a natural talent for theoretical natural sciences, such as mathematics, physics and informatics.  I think that these subjects reflect the way I think, so it felt right to go in this direction.

– What are you working on?

– I am involved in four projects at the moment.  One concerns the problems involved with storing CO2, another is connected with oil and gas extraction.  A third project concerns geothermal energy and the last one is about the groundwater system.  It sounds like a lot of different fields of activity, but the mathematics that are needed to understand the various problems, are related.

– You became a professor at the age of 28. What are your plans for the future?

– I take things as they come and don’t have any set plans. In the final period, before becoming a professor, it is easy to have concrete plans for the near future.  But now I think it’s important to follow the opportunities that arise.  That’s why I’m where I am today.  Becoming a professor is a milestone in an academic career, but one can’t be too hung-up on titles. The motivation for improving ones expertise has to be there, in ones interest for the subject. 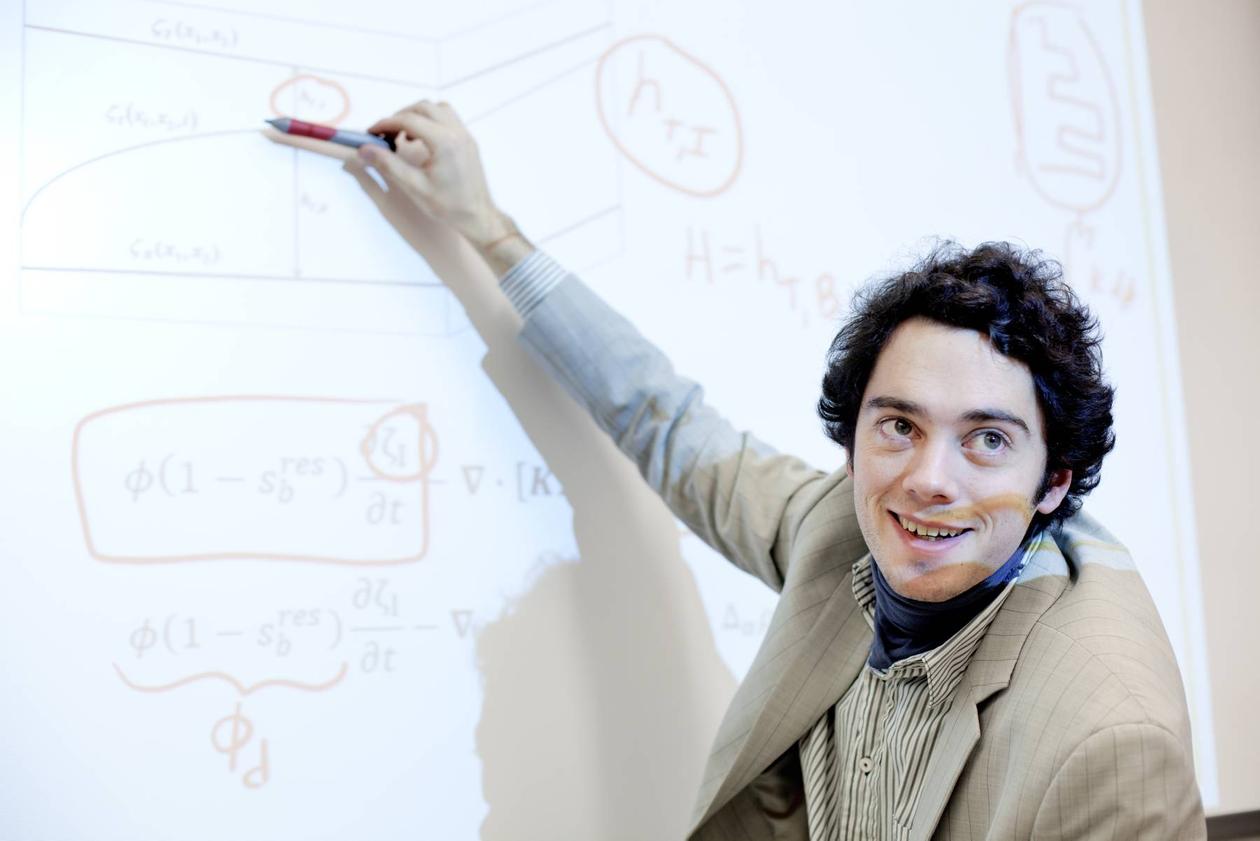 28 year old Jan Martin Nordbotten of the Department of Mathematics is the youngest professor in the country.
Photo:
Photo: Paul Sigve Amundsen/Division of Student Affairs, UiB