‘With the ERC grants, we can establish an African-archaeological research centre at UiB, and a long-term research programme in southern Africa, Europe and the near East,’ says Professor Christopher S. Henshilwood at the Department of Archaeology, History, Cultural Studies and Religion at UiB.

Together with his research partner of many years, Francesco d’Errico from the University of Bordeaux, Professor Henshilwood aims to establish an interdisciplinary research team of around ten researchers who will combine archaeology with early climate data.

‘This ground-breaking research will result in several international publications and research programmes for students of archaeology and geology at UiB,’ says Professor Henshilwood.

Studying how the climate affects behaviour

With the project TRACSYMBOLS, the researchers will study how environmental changes have affected the most important behavioural patterns in Homo sapiens and Neanderthals in southern parts of Africa and Europe.

‘This approach will set a new standard for understanding our ancestors’ behavioural evolution based on precise environmental and ecological frames,’ remarks Professor Henshilwood.

In the application for EU funding, Professor Henshilwood combined current knowledge about Homo sapiens in Africa and Neanderthals in Europe with knowledge from new excavations in South Africa and new European research techniques.

‘This knowledge was again linked to a project that will reconstruct the climate as it was from 180,000 to 25,000 years ago,’ says Professor Henshilwood.

The project received a grant of around NOK 20 million (EUR 2.5 million), distributed over five years and supplemented by funding from the Research Council of Norway and UiB.

‘The award came as a bit of a shock, but it provides us with a unique opportunity to carry out long-term research at a very high level,’ says Professor Kenneth Hugdahl in a press release from Helse Bergen.

Professor Hugdahl is affiliated with the Department of Biological and Medical Psychology at UiB, and the fMRI Group at Haukeland University Hospital.

The brain researcher has been awarded a grant of NOK 20 million over five years to find out where the voices in the heads of schizophrenics come from.

‘In my application, I placed great emphasis on how auditory hallucinations occur in the schizophrenic brain. If we can find the mechanisms in the brain that cause schizophrenics to hear voices, it would be a major breakthrough,’ Professor Hugdahl explains.

Among other things, the research is carried out using so-called functional magnetic resonance imaging (fMRI). The MRI machine’s magnetic and radio waves produce images of the cerebral functions.

Congratulations from the Rector

The Rector points out that these grants are highly prestigious and very difficult to achieve.

‘It means a great deal to UiB that we are able to assert ourselves in international competition. Theses grants further strengthen our position as a research university with a high international profile,’ says Mr. Grønmo.

The ERC Advanced Grant is regarded as one of the most prestigious awards from the EU’s research programmes, and the grants to Professors Hugdahl and Henshilwood are among very few to have been received in Norway. 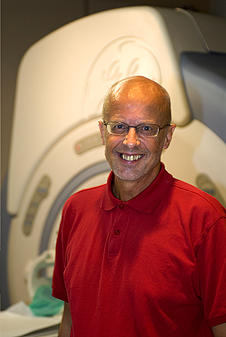 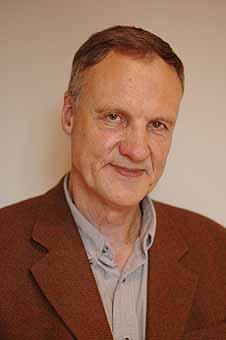