Norwegian across the Americas

This research project investigates the Norwegian language as spoken across the Americas – and how it has developed over generations.

Over recent years, Norwegian as spoken in North America has received considerable attention. This language, which is spoken by the descendants of emigrants who left Norway in the 19th and 20th century, is a heritage language. Heritage languages are acquired and used in the home, but they are not the dominant language of the larger, national community. Heritage speakers are often descendants of migrants, and they represent an extremely interesting form of bilingualism: The heritage language is their first language in terms of order of acquisition, but it is not their dominant language when they reach adulthood.

The research on heritage Norwegian in North America (USA and Canada) has made significant progress; however, some important issues remain understudied. This project deals with two of them.

First, the project will, as the first of its kind, investigate a new variety of heritage Norwegian, namely Norwegian as spoken in Latin America. Between 1820 and the 1950s, more than 20,000 Norwegians emigrated to Latin America, and Norwegian is still present as a heritage language. Studies of this language will pave the way for comparative research on heritage Norwegian in different contact situations, as the contact language in Latin America is Spanish, not English. This, in turn, can shed new light on the effects of language contact and help us understand whether a linguistic innovation is a result of direct influence from another language, or more general processes of change. Latin American Norwegian data will be collected through interviews with speakers of Norwegian heritage in Argentina and Chile.

Second, the project will study in depth how heritage Norwegian in North America has developed over time by making use of a unique resource, namely recordings of previous generations of North American Norwegian speakers made by the linguists Einar Haugen, Didrik A. Seip and Ernst Selmer in the 1930s and 1940s. A number of these recordings will be transcribed and tagged, facilitating direct searches for various grammatical phenomena. This can help us understand whether innovations in today’s North American Norwegian were i) already present in the previous generation; ii) represents a systematic change between generations, or iii) is a result of attrition, i.e. loss of linguistic skills over the lifespan.

Research topics and ideas for PhD or Master’s theses

The project deals with the grammar (morphosyntax) of heritage Norwegian. Relevant research topics include the ones mentioned below, which could be starting points for PhD theses (particularly the two first topics) or Master’s theses. Note that the list is not exhaustive; other topics could also be interesting. Candidates who are interested in writing a PhD or Master’s thesis in connection with the project should read the more detailed project proposal, which also includes references.

The syntax of complex nominals

In complex nominal phrases, speakers of North American Norwegian exhibit patterns that deviate from homeland Norwegian. This has been shown for gender agreement (neuter et fint hus 'a nice house' vs. masculine en fin traktor 'a nice tractor'), possessive constructions (prenominal vs. postnominal possessors, e.g. mitt hus vs. huset mitt 'my house') and definiteness marking, more precisely in constructions with double definiteness (det fine huset, lit. 'the nice house-the'). Some speakers do not mark gender consistently. Some speakers are overusing prenominal possessors (mitt hus), which may look like influence from English, but an even more common pattern is for speakers to extend the 'Norwegian' construction with a postnominal possessor to new contexts. We have little knowledge about the historical background for these new patterns in North American Norwegian; by studying the spoken language of previous generations of heritage speakers, we can find new answers.

In homeland Norwegian, the finite verb is in the second place in declarative main clauses; this rule is referred to as V2. One – and only one – constituent appears before the finite verb. Jeg leste boka i går (lit. 'I read the book yesterday') is thus an acceptable sentence, and so is I går leste jeg boka (lit. 'Yesterday read I the book'). A sentence like *I går jeg leste boka (lit. 'Yesterday I read the book'), in which two constituents precede the verb, is unacceptable.

The syntax of predicate constructions

Corpora and other resources

The data collected and transcribed during the project period will be made available for future research as a part of the Corpus of American Nordic Speech (CANS); this corpus is accessible for research purposes via login. A related resource of great relevance to researchers working on heritage Norwegian is the Norwegian part of the corpus Language Infrastructure made Accessible (LIA), which consists of old dialect recordings from all parts of Norway. LIA includes speech data from speakers born as early as the 1860s/1870s, and it is therefore a window into the spoken language in Norway in a time at which large-scale emigration took place. Another important resource is the Nordic Dialect Corpus (NDC).

Project period: 4 years, starting in the Autumn of 2020

The project will collect new data by interviewing speakers of Norwegian heritage in Latin America. These data will be transcribed, tagged and added to Corpus of American Nordic Speech (CANS).

Old recordings made in North America in the 1930s and 1940s will be transcribed, tagged and systematically analysed. 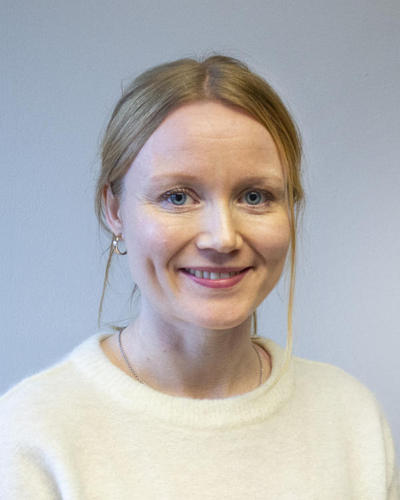