The future of parasitology

Adele Mennerat’s ultimate scientific goal is to expand knowledge on how selection acts on parasites and how they evolve.

BRIDGING THE GAP: There is an isolation between evolutionary biology and medical and veterinary parasitology that needs to end, according to researcher Adele Mennerat.
Photo:
Jens Ådnanes

Adele Mennerat, researcher at the Department of Biological Sciences  at the University of Bergen, Norway, is on a quest.

“My goal is to expand knowledge on selection that acts on parasites and pathogens, and how they evolve. I am frustrated that we know so little,” says the evolutionary ecologist. She has a background from both ecology and molecular biology, and has been employed as a researcher at the University of Bergen since 2008.

She explains that current knowledge is limited by a lack of fitness estimates in parasite populations, as well as by the scarcity of empirical studies in relevant systems.

“Parasites are challenging to study in nature. They are small, and because transmission is difficult to quantify there are lots of aspects that remain poorly understood,” Mennerat explains.

Through her planned research project, she aims to combine several different measures (phenotypic, genetic and fitness measures) by collecting data in laboratory populations of parasites. Ultimately, the project will give us a new view of how human practices are part of the mechanisms that drive how parasites adapt and evolve.

Currently, most of what evolutionary scientists know is about how parasites affect their hosts, and how they co-evolve with them.

“We know less about the parasites themselves, how natural selection acts on them and how their traits evolve” Mennerat says.

Knowing more is of vital importance, according to the evolutionary ecologist. Parasites are everywhere – whatever animal you inspect, it is very rare that it is not carrying at least a few parasitic species.

“We need to know how our actions affect parasites, and how they will evolve. We know that the global human impact on ecosystems is enormous, and is not limited to climate change. For parasites perhaps the biggest change lies in how we humans are modifying the availability of their hosts” she says.

One of her more long-term goals is to bridge a gap between disciplines. There is an isolation between evolutionary biology and medical and veterinary parasitology that needs to end.

“I believe that most veterinary and medical academics do not know enough about the evolutionary consequences of treating parasites. My project aims to be the start of a new awareness, and in turn create more research on the subject. If we succeed, it could bring the two sciences together in a new and productive way,” the researcher says.

Now, she is looking for ways to get the project up and running as soon as possible. She is certain that expanding models into real practice will be a success.

“Models are useful, as they allow us to simplify, but any model needs to be tested. Theory is the first step, but we need to challenge it and translate it into something that becomes relevant for the real world,” Mennerat concludes. 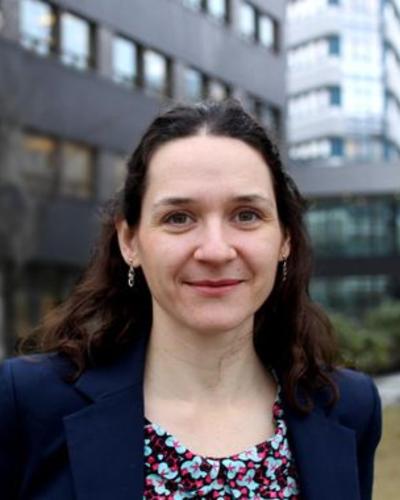