An old drug may prevent cancer

The drug warfarin, also known under its Norwegian tradename Marevan, was first used in the US in the 1950s to prevent blood clotting and thus prevent stroke. A large study at the University of Bergen now shows that the drug can have a very fortunate side effect: it prevents several different types of cancer.

"We looked at data from over a million Norwegians above the age of 50, and compared the occurance of cancer among the warfarin-using and non-using patients during a 6-year period between 2006 and 2012. We found a lower incidence of cancer among those who used this blood-thinning drug", says PhD-candidate Gry S. Haaland, first author of this article which is now published in the magazine JAMA Internal Medicine.

The reduction of cancer cases among the warfarin-users applied to cancer in gereral, and in addition to many specific types such as lung, breast, and prostate cancer.

The young scientist is involved in a large project at the Center for Cancer Biomarkers at the Department of Biomedicine, looking at the role of a receptor called AXL in cancer development. They have for example seen that a higher amount of AXL-receptors often goes alongside a poorer prognosis for cancer survival. They have a theory that inhibiting AXL-receptors may increase chances of surving cancer.

The current study supports this theory. AXL is activated by a compound related to the factors that cause blood clotting. If warfarin lets blood flow easier through our blood vessel, and at the same time inhibits AXL-receptors, this could explain the reduction of cancer cases among warfarin-users.

"Our findings stress the role that AXL has in cancer development, and the potential of AXL-inhibition in both, prevention and treatment of cancers", says the PhD-candidate.

Uncertain about the cause-effect relationship

Warfarin, or Marevan, is regularly used by about 10% of the population in the western world.

"These results indicate that a compound used by millions of patients may be associated with a reduced cancer risk. This can give new insight into cancer prevention and is important to follow up", says professor James Lorens at the Department of Biomedicine.

"When we started this study, we certainly had a hypothesis that there may be a connection between warfarin use and cancer prevalence, but that the effect would include so many types of cancer, and that it would be so big for some cancer types, that surprised us. This motivates us to continue with the research".

The scientists point out that this is an observational study, and that this finding alone does not allow to draw conclusions about whether it is the blood-thinning medication or other factors that can explain the reduction of cancer cases in this group.

"To be sure to what extent warfain can be used to prevent cancer, we need to perform a prospective clinical intervention study. Based on the results that we present now, we cannot recommend the use of warfarin besides its approved indication, yet", says Straume.

"We need more research to understand this connection bette", points Haaland out.

The study has been featured in many international newspapers, among others the Daily Mail and The Sun. 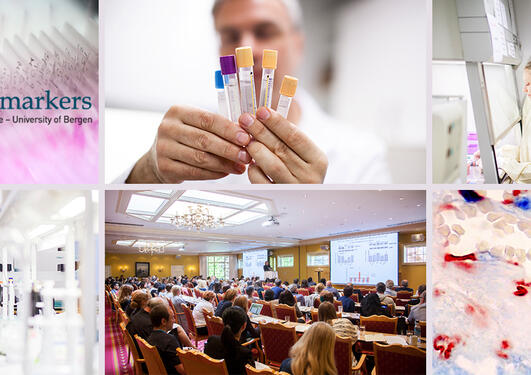