Compared with adult men with ADHD, adult ADHD women have an increased risk of experiencing anxiety and depression, shows a new UiB study. Men with ADHD in contrast suffer more from substance abuse and schizophrenia.

ADHD is a condition often associated with concentration problems and hyperactivity. The disease affects everyday life and can result in a poor sense of accomplishment at work or school, and disturbs relationships with others. However, ADHD is often different in girls than in boys, for example, girls with ADHD are often less hyperactive:

"This can make it harder to pick up on ADHD girls, so they often get the diagnosis later, says Berit Skretting Solberg, psychiatrist and PhD-candidate at the Department of Biomedicine".

This was the background that motivated her to study the gender differences in mental health in adults with ADHD. How does ADHD affect the mental health of women and men? May the delayed diagnosis of women have a special impact on this group?

Depression and bipolar disorder are more common among ADHD patients

Using data from various databases, such as the Medical Birth Registry, the Norwegian Patient Registry and the Prescription Registry, researchers from the K.G. Jebsen Center for Neuropsychiatric Disorders, the Department of Biomedicine, and the Department of Global Public Health and Primary Care at UiB, gathered information from over 40,000 Norwegians with ADHD and 1.6 million without the diagnosis.

The researchers examined the occurrence of the six most common psychiatric disorders in adults among these groups, ie depression, anxiety, bipolar disorder, personality disorder, schizophrenia and substance abuse.

"We found that 6 percent of depression in women could be attributed to the diagnosis of ADHD in adult age. Moreover, around 13 percent of bipolar disorder in women is also related to their ADHD diagnosis", explains Solberg.

This is the first large study that looks directly at the differences between women and men with ADHD and these psychiatric disorders.

Women are more often in contact with health care

Solberg points out some limitations of her article, published in Acta Psychiatrica Scandinavica. For example the data regarding most of the psychiatric disorders – except ADHD - came from secondary health care institutions, and this could partially explain the large gender differences, she says:

"Women generally show more health-seeking behaviour, which means they are more likely to ask for help with psychiatric disorders and will be referred to specialist health care more often than men. Men don’t visit doctors as frequently for anxiety, depression or bipolar disorder. This could lead to an underdiagnosis of these disorders among men. But we still believe that both men and women with the most severe cases will be referred", stresses Solberg.

Whatever the cause of gender differences, the study indicates that it is important to carefully study patients suffering from any of the six psychiatric diagnoses, to rule out an underlying undiagnosed ADHD.

"If the ADHD is treated, it may also be easier to treat other psychiatric disorders", explains Solberg. "Likewise, it will be important for physicians and psychologists to be aware of the increased risk of other mental disorders in order to provide early treatment".

The study also suggests that it may be even more important to look out for early signs of ADHD in both genders, precisely to prevent that the patients develop these other mental disorders.

Link to the article: Gender differences in psychiatric comorbidity: a population-based study of 40 000 adults with attention deficit hyperactivity disorder 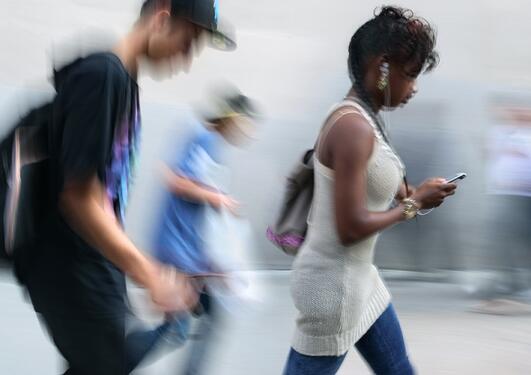