A normal intake of vitamin D can reduce the risk of death substantially in people with cardiovascular disease.

FAVOURABLE VITAMIN: A normal intake of vitamin D can reduce the risk of morality as a consequence of cardiovascular disease.
Photo:
Colourbox

A study from the University of Bergen (UiB) concludes that people who have suffered from cardiovascular disease, and have a normal intake of vitamin D, can reduce their risk of mortality as a consequence of the disease by 30 per cent.

“We discovered that the right amount of vitamin D reduces the risk of death substantially.  However, too much or too little increase the risk,” says Professor Jutta Dierkes at the Department of Clinical Medicine, UiB, which lead the study.

The study followed as many as 4 000 patients with cardiovascular diseases from year 2000, for a period of 12 years. The average age of the participants was 62 years old at the start of the study (WENBIT).

The results are published in The Journal of Clinical Endocrinology & Metabolism.

The study showed that it is favourable to have blood values around 42 to 100 nmol/l. If you have higher or lower values, you are at greater risk of dying from cardiovascular disease.

According to Dierkes, it is difficult to give general a recommendation of how much vitamin D supplementation one should take.

“The optimal amount of vitamin D-supplement varies from one person to another. It depends where you live, and what kind of diet you have,” Dierkes points out.

For example, the Nordic countries recommend an intake of 10 microgram per day from all vitamin D-sources, USA recommends 15 micrograms and Germany 20.

“Even if Norwegians receive less sun then the Germans, the Norwegians have more fish in their diet. Fish and cod liver oil are important sources to vitamin D during the winter, in addition to physical activities outdoors during the summer,” Dierkes explains.

Dierkes advices all who have experienced cardiovascular diseases to measure their levels of vitamin D, so that these can be better regulated, and the need for supplements assessed. This can usually be done by your local doctor.

“It is, however, important to take in account that the levels vary seasonally A measurement in September will not show the same results as in January, in the Nordic countries.”

“The levels in January or February are often lower because of the lack of sunlight, which induces the skin form to vitamin D,” says Jutta Dierkes. 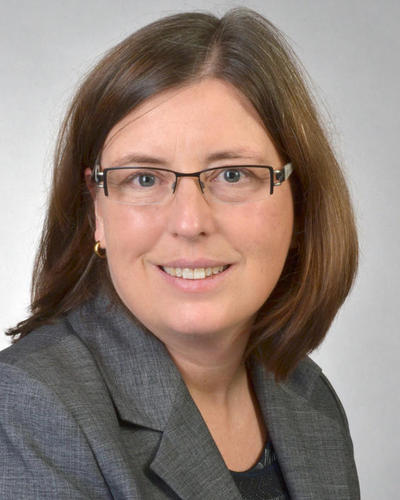 Professor Jutta Dierkes advices all who have experienced cardiovascular diseases to measure their levels of vitamin D.