First: Who is Robert S. Langer?

There are many ways to describe Robert “Bob” Langer. He is an inventor who has pioneered the fields of nanomedicine, drug delivery and tissue engineering; an engineer who has solved the impossible: To deliver vaccines, proteins and other large molecules with control into target tissues; a scientist who has published more than 1500 papers; or an entrepreneur who has co-founded more than 40 companies, including Moderna.

But mostly, Bob is a person who does not shy away from the biggest scientific challenges and comes up with new solutions. A person who recognizes the society’s needs and addresses them, and who makes sure that his inventions help people around the world. The COVID-19 outbreak has opened the eyes of a wide audience to the impact of his work: it is thanks to Bob’s immense talent and breakthrough discoveries that the mRNA vaccines could be deployed so effectively in a global effort to overcome the greatest pandemic of the last 100 years.

You have met him: How, when and why?

While being employed as innovation advisor at the Faculty of Medicine and at CCBIO in 2018, I was scheduled for a trip to Boston. While the primary purpose was to join BI’s 100ScaleUP program as business mentor, I also took the opportunity to meet with relevant people at MIT and at Harvard University and ask them about the “secret ingredients” of an innovative and entrepreneurial university, and of an innovative and entrepreneurial researcher. Bob was an obvious person I wished to talk to; there is probably no one in the world who is more effective in bridging the gap from basic research to directly affecting the lives of billions of people through means of entrepreneurship, technology licensing, and advising political leaders. Bob was generous in his time, and he received me at the Koch Institute for Integrative Cancer Research at MIT for an insightful discussion.

What will he talk about in the lecture?

The path from recognizing the important problems that – if solved – could change the world, to choosing the right business partners to implement the proposed solutions, is a long and treacherous one. Bob’s career leaves him with a trove of experiences which may serve as a guide on the journey from scientific impact to entrepreneurial success. He will share some of his insights in the Falch Lecture titled "Creating and implementing breakthrough technologies in biotechnology and nanotechnology." The audience will hear how Bob optimizes his chances to create new breakthrough technologies, and learn about the different innovation processes that he uses to implement them.

Why should I attend this lecture?

For anybody who wishes to learn about how to create societal impact from their own research, this year’s Falch Lecture will provide an inspiration from one of the most accomplished engineers and researchers in the world. Bob’s achievements are truly staggering, even in historic contexts. His H-index of nearly 300 is an attribute of his scientific output, and his more than 220 major awards and 36 honorary doctorates are an attest to his unparalleled contributions to his fields of research. His work, however, does not end there. To ensure that his research findings indeed end up benefitting patients, Bob has the unique ability to translate them to treatments and cures that are available to patients and doctors around the world. If Bob’s work had to be condensed into a single sentence, “positively impacting peoples’ lives through research-based innovations” would probably come close. You will also have the opportunity to ask Bob a question – maybe you want to know more about the nanoparticle that carries Moderna’s mRNA vaccine; ask him about the barriers and hardships that he had to overcome as a young engineer; learn when the time is mature to form your own spin-off company; get advice on what to look for in a business partner as you prepare to commercialize your inventions; or gain insight into foreseeing the technologies of the future. 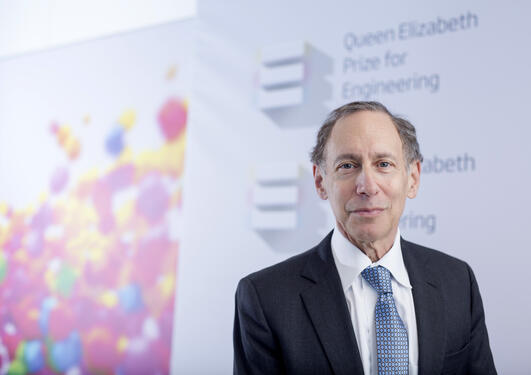 Professor Robert S. Langer, Massachusetts Institute of Technology, "The Edison of Medicine", will present the Falch Lecture entitled "Creating and implementing breakthrough technologies in biotechnology and nanotechnology". Social event at Eitri lab after the lecture.