International research cooperation in the crossfire

Politics is cast a side when researchers from Bergen and East Jerusalem join forces to fight a common enemy: Cancer.

Prof. Yousef Najajreh is chief of the research laboratory at Al-Quds University cooperating with a research group at The Faculty of Medicine and Dentistry.
Photo:
Siv Lise Bedringaas, private

Since spring 2013, the research group Translational Hemato-Oncology Group, led by Professor Bjørn Tore Gjertsen (Department of Clincial Science), has been cooperating on the development and testing of anticancer drugs with the Anticancer Drugs Research Lab at The Faculty of Pharmacy at the Palestinian Al-Quds University, in East Jerusalem.

The anticancer drugs are developed at the Palestinian research laboratory, and then tested on different in vitro models (studies in test tubes) by the research group in Bergen. The researchers are hoping that some of the drugs will show sufficient potential for testing on animals, and subsequently for further development for use in cancer treatment.

Around the time of Easter 2014, this cooperation had resulted in the testing of sixteen different compounds by the research group in Bergen, with varying results. Nevertheless, the results have potential for further studies, as the compounds are developed for different types of cancer, and must therefore be tested specifically for each of these types.

Promising results despite limited resources
Chief engineer Siv Lise Bedringaas (Department of Clinical Science, Hematology Section), is part of the research group at the University of Bergen. During a trip to Israel in July 2014, she contacted their partner in East Jerusalem. This resulted in a productive meeting with the chief of the research laboratory, Professor Yousef Najajreh and the rest of the people working at the Anticancer Drug Research Lab.

The research lab is small. Besides professor Najajreh, the lab consists of one Post doctor, one Researcher and three Master students. In addition to their work on anticancer drugs, they also do research on obesity and diabetes.

At the research lab at Al-Quds University, Bedringaas presented the results from the preliminary trials in Bergen, and introduced the research group to the plan for the upcoming studies, the methods that will be used and the potential for further in vivo studies (studies on animals).

Bedringaas is very impressed with what she saw when she visited the research lab:
- They have accomplished a lot with less funding than Norwegian institutions. Beside the chief of the research lab, professor Najajreh, none of the other members of the lab have a permanent position at the university, and they have no technical assistance or engineers working with them permanently, Bedringaas says.

Divided worlds
During her stay, Bedringaas observed the violent conflict up close, as she experienced several rocket attacks while visiting Tel Aviv.

When she visited Jerusalem, she also got to see the particular geographic situation of the Al-Quds University. The wall dividing Jerusalem passes right next to the University, which is located on the Palestinian side, and this is a constant reminder of the difficult political situation in the area:
-Professor Najajreh is Dean of Scientific Research at Al-Quds, and he is very politically engaged, Bedringaas tells us.

-He told me a lot about how the wall is affecting the lives of the Palestinians in so many ways, especially when it comes to the education of children and young Palestinians. The strict rules concerning the crossing of the wall meant for example that there was only one person at Al-Quds University who could pick me up at the Israeli side and bring me over to the Palestinian side, where the university is located, Bedringaas says.

Even though Bedringaas didn’t experience rocket attacks when she visited Jerusalem and Al-Quds University, she found it very peculiar to be travelling between to completely separated areas which, in a certain sense, were at war against each other.

The preliminary results of the research promise well for the future of the collaboration project. According to plan, the research group is visiting the University of Bergen on October 13 and 14. During this stay, professor Najajreh will give a lecture, and further collaboration will be discussed, among other things. 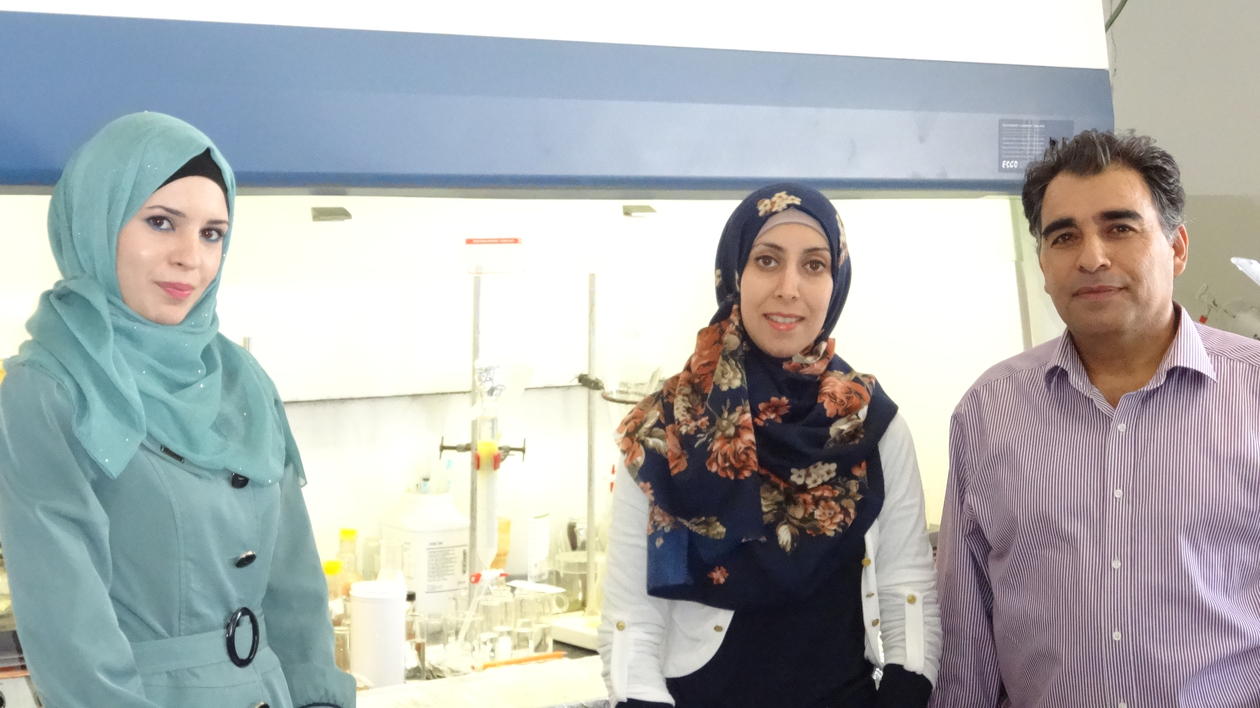 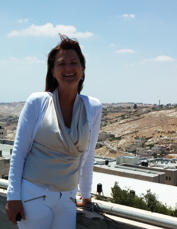 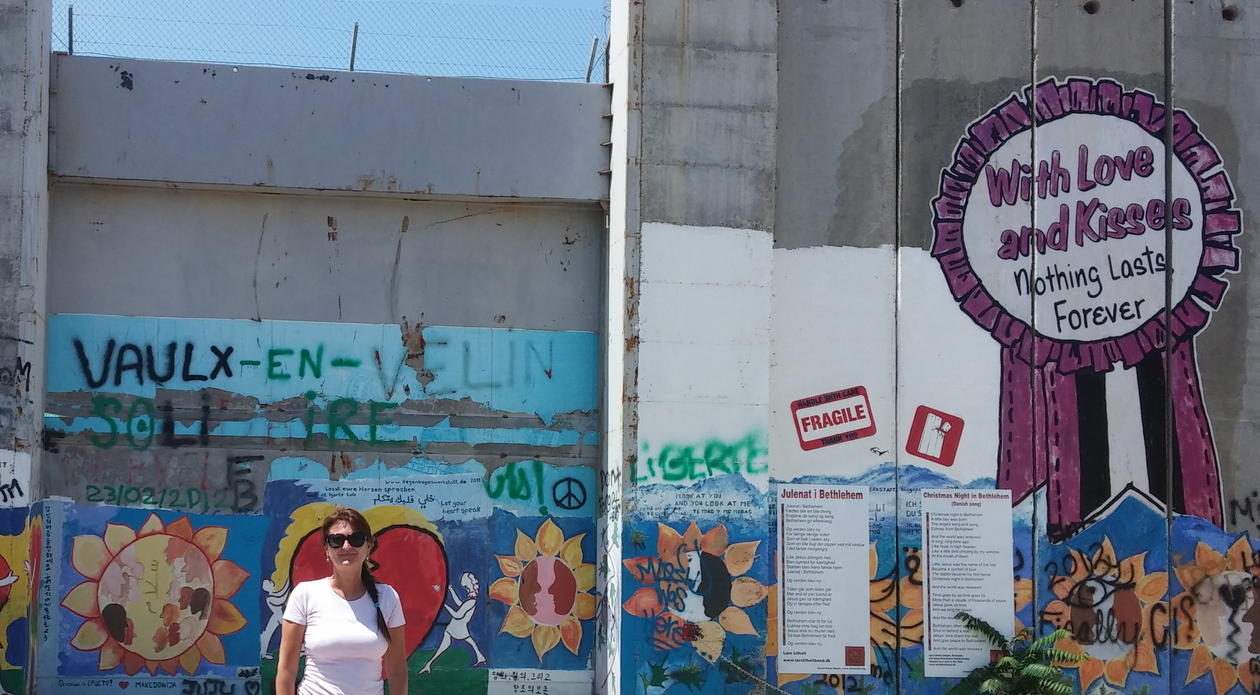 Bedringaas in front of the wall in Bethlehem.
Photo:
Private