A special gene variant may be part of the explanation for increased fat storage in half of the population. This finding may give patients new and better targeted treatments in the future.

LAZY FAT CELLS: A new study shows that a particular gene variant causes lazy fat cells, which may explain increased body weight in half of the population.
Photo:
Colourbox

An international research team including Dr. Simon Dankel at the Department of Clinical Science and KG Jebsen Center for Diabetes Research, University of Bergen (UiB), has finally explained how a particular gene variant increases fat storage among half of the population.

“This study shows that about half of the population, or 44 per cent, have a genetic variant in the FTO gene region that causes “lazy” fat cells, finally providing direct evidence for why people with this variant weigh on average 3.3 kg more than the rest of the population,” explains Dr. Dankel, who is second author of the study.

The comprehensive study (“FTO Obesity Variant Circuitry and adipocyte Browning in Humans”) is published in the prestigious New England Journal of Medicine.

Blame the fat cells, not the brain!

Despite several hundred previous studies, no one has been able to explain how the primary obesity risk locus around the FTO gene causes increased body weight, until this new study showing how the risk variant turns on genes that in turn switch off heat production in fat cells. This is the first solid evidence that the ability of fat cells to get rid of excess energy through thermogenesis is important in human physiology.

So called “beige” fat cells (beige adipocytes), which are muscle-like cells that dissipate energy as heat, are normally activated when subjected to cold/low temperatures, but in persons who have the FTO obesity risk variant, this activation is reduced. Over time, a moderate reduction in the fat cells’ heat dissipation will contribute to weight gain, as well as increased difficulties losing weight.

Researchers have previously believed that genetically conditioned overweight, or obesity, is primarily caused by effects of the brain, for example brain cells increasing appetite. The new study, however, challenges this notion, since the mechanism underlying the FTO obesity locus operates directly in the body’s fat cells.

Through its comprehensive approach, the study paves the way for a new era in research on personalised treatment, such as medication, nutrition or other types of measures adapted to each person’s DNA, with the hope to achieve the best possible effect for each individual patient.

“When we know that the genetic variant that causes overweight or obesity affects the fat cells and not for example the brain, and exactly how the fat cells are affected, we can target treatments on the fat cells, and reduce the obesity effect of this gene variant,” says Dankel. “We may also be able to use the new mechanistic insights to therapeutically switch on heat dissipation in the fat cells of any person, by targeting the identified genes and proteins that are involved.”

Genetic testing is available to find out if a patient has this genetic variant, but one may not need to have the risk variant to benefit from increased heat dissipation. Overweight or obese people without the risk variant may also benefit.

The study provides guidelines for future research on how variants in DNA, particularly those in the noncoding genome, constituting 93 per cent of all disease-associated variants, more generally affect the development of common diseases, such as diabetes and cardiac diseases. The study is the first of its kind, and sets the standard for a new era in obtaining knowledge about personalised treatment of a variety of conditions and diseases.

A key aspect is that the study has a ground-breaking interdisciplinary approach, with the combination of computational/bioinformatic and experimental analyses.

“The study is the first of its kind to combine various state-of-the-art methods, and provides a new framework for how one can unravel the mechanisms behind genetic variants in common diseases. We expect that the study will inspire others researchers to use a similar approach, and finally be able to take the necessary step from association studies to the mapping of the precise mechanisms underlying the risk of disease. We must find these mechanisms, that is, the concrete parts of the DNA that are involved, the proteins affected, as well as the effects on the cells and the body. First then we may fully realise the hope of personalised medicine in the decades to come. Our study represents great progress, and symbolises the start of a new era, a paradigm shift,” concludes Dankel.

The analysis in the study include mapping of epigenetic status in more than 100 tissue and cell types and DNA areas with evolutionarily conserved functions. A number of analyses in human cells and transgenic mice were then performed, including elegant genetic manipulation using CRISPR-Cas9 in human cells. 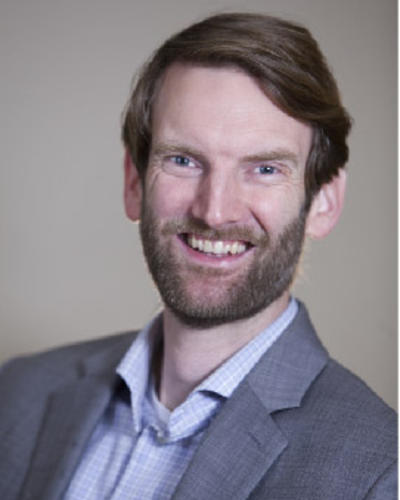