Daniel Lokshtanov has been awarded the prestigious Starting Grant from the European Research Council. He is currently the third researcher at the University of Bergen to hold such a grant.

The informatics researcher Daniel Lokshtanov from the Department of Informatics at the University of Bergen (UiB) has been awarded the prestigious Starting Grant from the European Research Council (ERC). The grant is awarded to promising young researchers who have excelled in their research and who got their PhD over the past two to seven years.

“It is incredibly exciting to get the opportunity to realise this project,” says Lokshtanov upon receiving the good news from Brussels. “And I am, of course, delighted to get this recognition that the research we do here in Bergen is recognised internationally.”

Read this interview with Daniel talking about his passion for research.

Lokshtanov is part of the internationally renowned Bergen Algorithms Group and has long been recognised as one of the greatest young talents of this research environment in Bergen. He is not the first member of the group to make his mark internationally. Professor Fedor Fomin was the recipient of an ERC Advanced Grant 2010-2016, whilst Professor Saket Saurabh currently holds an ERC Starting Grant, bringing the current total of ERC grants within the group to two.

In addition to Lokshtanov and Saurabh, the geologist Nele Meckler from the Department of Earth Science also holds an ERC Starting Grant. These three young talents show the strength and the breadth in the natural sciences at UiB.

Read more about the Bergen Algorithms Group in this article from the UiB Magazine.

The project for which Lokshtanov has been awarded the ERC grans is called Pareto-Optimal Parameterized Algorithms (PaPaAlg). In this project, Lokshtanov will look at new ways to compare the running time of two computer programs which are performing the same task.

The usual method for measuring how efficient a computer program is, is by comparing how the amount of data the program processes influences the time the program spends to perform the task. Since the early 1990s many researchers have instead chosen to focus on how the complexity of the input data influences the running time. Lokshtanov’s project is about studying how both mass and complexity influence the run time.

“Over-simplifying a bit, in the past 30 years there have existed two “parallel worlds” in my field of research. Researchers have studied the same problems from two different points of view, and have reached widely different conclusions. My project is about bridging these two worlds,” Lokshtanov explains. 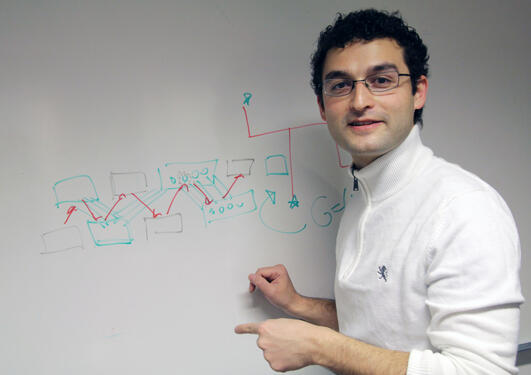 Teaching the computer how to think

When the conversation gets dull, Daniel Lokshtanov relaxes with tasks too complicated for computers to solve. That has made him one of Norway’s top algorithm researchers. 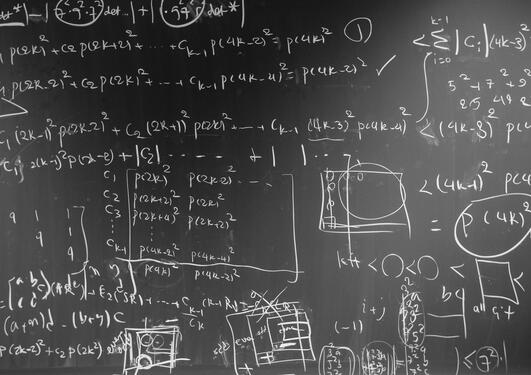