Kathrine Opshaug Bakke claims that exchange is the smartest thing you can do when you are studying.

INTERNATIONALISATION: Kathrine Opshaug Bakke had a semester in Portugal while taking a bachelor in European Studies at UiB. The stay made her more interested in cultures and languages, and she recently lived nine years abroad. Today she works in the company Finn Reise.
Photo:
PRIVATE

“If you are a student and are considering to become an exchange student – just do it! You will not get this opportunity later,” says Kathrine Opshaug Bakke.

Today she works as product manager in the company Finn Travel in Oslo after spending nine years abroad studying and working.

The University of Bergen (UiB) has adopted a plan of action for its international activities for the period 2016-2022 (Se FACTS). One of the goals is that at least 40 per cent of students graduating from UiB should have an international exchange as part of their degree.

When Opshaug Bakke started studying in 2004, she chose the bachelor programme in European Studies at UiB, she was determined to enjoy a semester abroad.

“I choose Portugal because of the language. I have family in Brazil and wanted to learn Portuguese,” she says.

Her stay at Universidade de Coimbra led to great changes in her life.

“I learned a new language, got to know people from around the world and it opened my eyes to cultural differences. I knew then that I needed to travel and stay abroad again for a longer period of time,” she says.

After finishing her bachelor Opshaug Bakke spent nine years abroad. She studied intercultural communication in Frankfurt an der Oder, on the German-Polish border, and worked as trainee for the publisher Schibsted in Stockholm and Santiago de Chile. She also worked as an intern in the Embassy of Norway in Lisbon and she now masters English, German, Portuguese, and Spanish in addition to Norwegian.

UiB has endorsed a new action plan for internationalisation for the period 2016-2022. One of the most ambitious goals in the action plan is that at least 40 % of all students who graduate from UiB should go on exchange.

“Knowledge knows no borders, and UiB would like to partake in the global knowledge development. It is important for us that the students who go on exchange are challenged by different academic standards, but it is also important that they make a contribution to the host university. They are our ambassadors”, says Anne Christine Johannessen, Vice-rector for international affairs.

Universities should be international

It’s no news that universities are international, but by endorsing this action plan, UiB attempts to take this one step further.

“Our goal was that 30 % of the students who graduate from UiB should have been on exchange, and this goal was accomplished. Now we want to increase the number to 40 %”, Johannessen says.

50 % of the students at the Faculty of Law go on exchange. Johannessen points out that not all study programs have equally good opportunities for exchange, and that in the future it will be an important task for UiB to facilitate exchange within all study programs.

“It is essential that we cooperate with renowned universities, and that we make arrangements for exchange opportunities in every study program, so that students do not miss out on important subjects while they are on exchange,” Johannessen adds.

There are many good reasons to go on exchange. Johannessen places emphasis on the following:

“While on exchange, one learns something different from what one would have learnt at home. This is also a unique opportunity to get to know oneself.”

Johannessen states that UiB also benefits from the exchange of students and staff.

“The students who come to UiB challenge us to deliver superior quality education. Through student exchange we learn important lessons from other cultures. We are but a little corner of the world, and other cultures and societies add value to UiB.”

Marius Stavang currently studies psychology at UiB. He spent this spring at the University of California (Berkeley), together with two fellow students.

He chose to go on an international exchange to boost his academic knowledge, but also to improve his English and learn more about himself.

“Berkeley proved itself worthy its reputation. The lectures and academic programmes were very inspiring and got me motivated. I was especially impressed by the lectures about challenges for youth in their twenties at the university. I can adopt this knowledge to my practice work in a clinic for young adults in Bergen,” he says.

Stavang was so impressed by the academic standard he found in the US that he did not get to be as social on his stay as planned, but regardless he thinks his stay exceeded all expectations.

“One of the inputs that I remember the most was the lecture with one of the best known researchers on happiness (Dachter Keltner). The lecture was about what makes people happy, and I got some new perspectives,” he says. 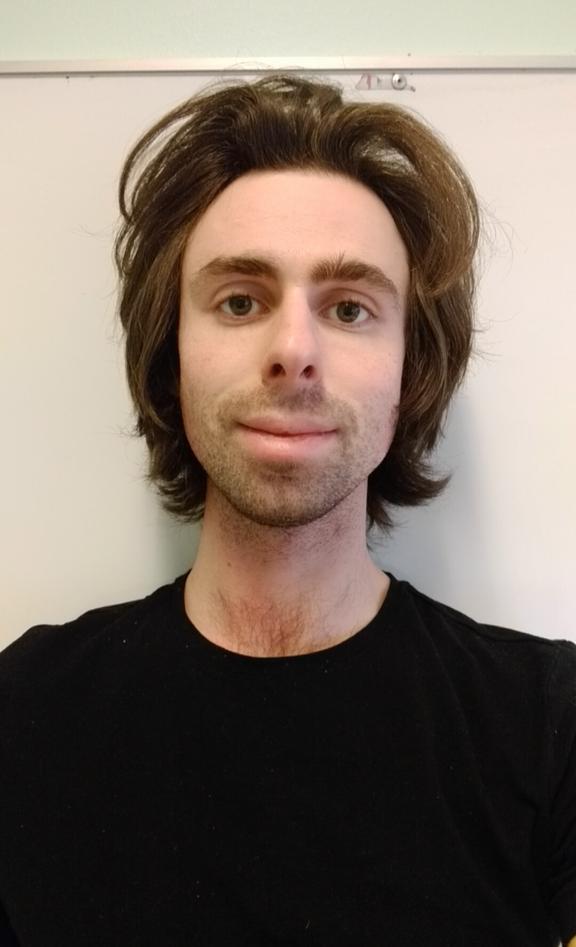