To the Venice Biennale with performance about hidden stock trading

Synsmaskinen presents the performance 2061 INMORAL LIDOS at the Venice Biennale 2017. The work is inspired by the financial crisis and addresses the phenomenon Dark Pools.

- Imagine the Wall Street stock exchange. We picture a large crowd of people crying on the top of their lungs, but now it is computerized, there are no humans, and reactions are automatic. A company like Microsoft can sell 20,000 shares and nobody knows about it, says Frans Jacobi, professor at the Department of Fine Art at the Faculty of Fine arts, Music and Design and the founder of Synsmaskinen.

The performance 2061 INMORAL LIDOS, which is Synsmaskinens contribution to the Venice Biennale, is a work based on shadow stock trading.

- Following the laws governing stock trading on Wall Street, all trade must be transparent. The price you sell for is public and the same with the price you buy. But automated stock trading, named dark pools, is possible within law. It is a secret stock trading based on algorithms, and one can still trade shares without public access, Jacobi explains.

Accordingly Synsmaskinen is not a machine, but the name of an artistic exploration of seven contemporary crises, from the climate crisis to the financial crisis, to social crises and democratic crises.

The artists explore the crises in many different ways, using film, performance, poetry, theater, documentary and science. Synsmaskinen is very internationally oriented, where one of the seven subprojects, Burst, for instance investigates deep holes created by exploding methane gas that has occurred in Siberia. Through the film Burst, scientific discourse, old mythology from indigenous peoples living in the area and political satire blends together.

In one of the other seven subprojects Dreams of a Sovereign Citizen, Brandon LaBelle, professor of new media at the Department of Fine Art, travels around the world with various performance works. The works are about democratic crisis and the sense of loss many citizens feel in today's political climate. While another of the Synsmaskin's seven-part project is on social crises and is named Utopimaskinen. In short, the grip of capitalism on the planet and humanity is the core and of Synsmaskinen.

That which is hidden in the dark

The performance 2061 INMORAL LIDOS shown in Venice concentrates on one element in the financial crisis. Frans Jacobi and Benedicte Clementsen work together with the German/Spanish performance group Discoteca Flaming Star. Jacobi claims that the phenomenon Dark Pools is artistically interesting for several reasons.

- Dark pools is one of the ways financial markets operate what we call "shadow banking". Over the last ten years, it has gone from being a peripheral phenomenon to account for almost half of the value of the stock trading, Jacobi says.

- What interests us is what we do not know, the fact that we do not have access to the phenomenon itself. The financial crisis is permanent, it is out of control and thus difficult to solve. One journalist would try to find out what he does not know, find truth and reveal truth, but as artists we are interested in phenomena we do not know about. We ask: What do we do with our imagination? How do we as ordinary people react to phenomenons such as Dark Pools?

The four artists from Synsmaskinen and Discoteca Flaming Star have created their own algorithm where they use psychology and semantic fields to develop an association technique.

- We met with people who are experts on the financial crisis, we have given them the words Dark pool and financial crisis, and asked them associate with other words attached to this field. The idea is that instead of talking directly about Dark pools, we will show what words this term is associated with. Then we write fictional texts based on the words we have gained from the financial expertise. The words have become 36 texts, more like little short stories. A strange fictional universe has surfaced. For the performance in Venice we have chosen a selection of fifteen short texts. They are among other things about sex, sickness and teenage children.

- But not about the financial crisis?

- Yes, this is definitely a performance about the financial crisis. We will read the selection of texts we have written. Wolfgang Mayer from Discoteca Flaming Star is going to be a golden Goldman, performing a form of fiction. We have also invited the former stock-broker and activist Brett Scott to deliver a lecture in the performance, says Jacobi.

In addition, the drummer superheavy metal alias Kim Åge Furuhaug, from Bergen will participate in the two-hour performance.

Frans Jacobi says that through his work as an artist he has tried to create political art in different ways.

- It's hard to do political art, because one can easily confirm already existing attitudes. I have been trying to make propaganda art, but it didn´t change anything, those who agreed with med applauded, while the others rejected the art, Jacobi smiles.

Through Synsmaskinen they try to give people something else than they expect.

- Journalists speak in the language of the media, science in the language of science, while the artist can speak in a poetic language. A piece of art can open up emotional communication. What we are doing is looking for a way to talk about political topics that communicate emotionally. We will not open doors that are already wide open, but make people think independently of political views.

The devil is in the detail

When Synsmaskinen shows and problematises a phenomenon like Dark Pools, they do not know what reactions they will achieve.

- We want to show that globalized economics and culture are interconnected. It is also the case with the various crises. And given the intricate structure of the financial markets, one way to meet the crisis is to study some elements that have contributed to the crisis. That is what we are trying with Dark Pools. Thus, Dark pools can figure as a symptom of financial crisis, or a symbol of the crisis, a contemplation of the crisis, or is it perhaps a way to intervene in the crisis?

Jacobi underlines that we all belong, rich and poor, in the same abstract digitized economy. We are all affected by it.

- The same type of abstraction also affects other areas of our lives. In our fiction about Dark Pools, life is in a way lived in the shadow of the digitized economy. In this way, an artistic presentation of these problems can provide a different and broader understanding of the consequences of the economy than an economic or scientific approach to the same problem could achieve.

Everything is tied together

Jacobi thinks the interesting thing about Synsmaskinens work with the various crises is the recognition that they are connected.

- One can see it as a major incomprehensible crisis that is expressed in different ways. We investigate different manifestations of this crisis and try to use them as eyeopeners; As visual and symbolic manifestations, which can make people think differently on, feel and sense complex issues. Some of the projects are poetic and philosophical, while others are more directly political and agitatingly activistic.

- The challenge with Synsmaskinen is to gather the work we have done about the seven different crises. Artistic research is another way to reach out. There is a direct focus on content and less focus on form and formal art detail. We hope that in this way one can reach another audience, and that Synsmaskinen can make people more actively involved in the political crises, which are in any way affected by and part of.

SYNSMASKINEN is a new artist-group and an inquiry into seven fields of contemporary political crisis. The project consist of 7 art projects, each exploring a certain aspect of contemporary crisis.

Together these seven visions will attempt to unfold a contemporary cosmology; a new political horizon.

The project is a collaboration under the Norwegian Artistic Research Program, the Danish Arts Foundation and the Department of Art, the Faculty of Arts, Music and Design (KMD), University of Bergen. Synsmaskinen participate in Venice on 30th and 31st of MAy 2017.

The Venice biannale is regarded as one of the most important events in the art world.

This year's biennale is the 57th International Art Exhibition in Venice, and is called Viva Arte Viva. It is open to the public from Saturday 13th of May to Sunday 26th November 2017.

Tao Sambolec, a fellow of artistic development at the Faculty of Arts, Music and Design, also participated in the Research Pavilion in Venice with the contribution Reading Stanley Brouwn. 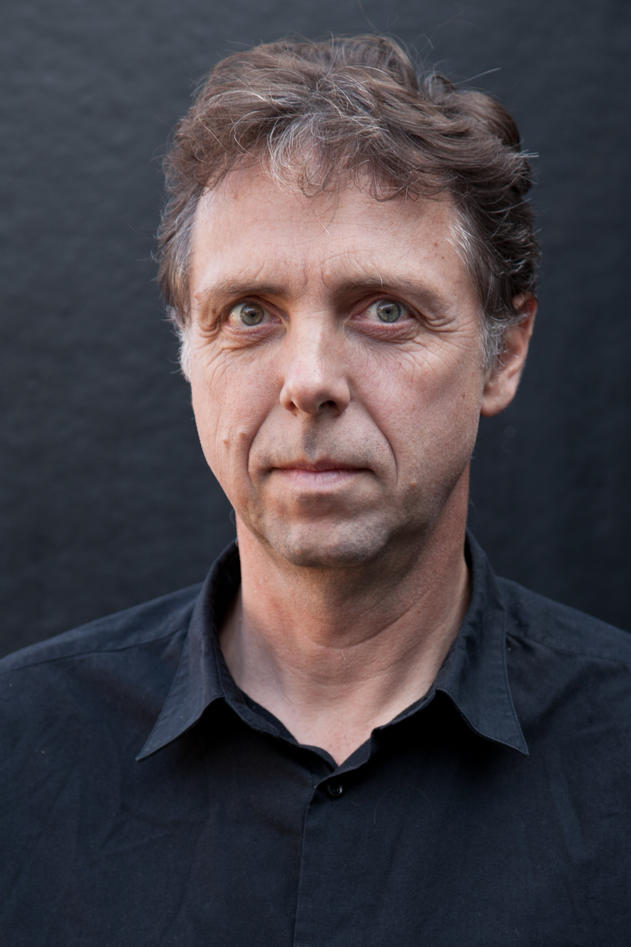 ANOTHER WORLD IS NECESSARY: Thomas Kilpper in Porto Alegre, Brazil